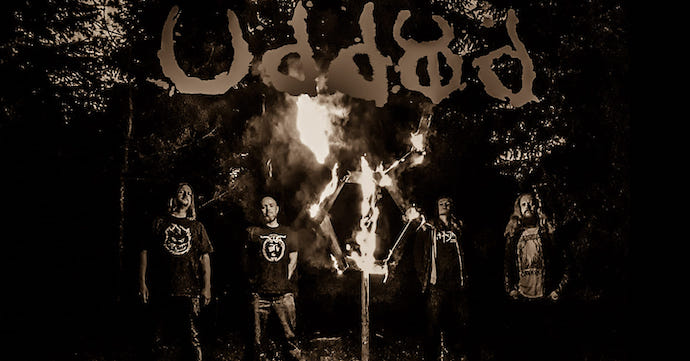 (Here we have Comrade Aleks‘ interview of Rune Bæk, vocalist and lyricist of the Danish band Uddød, whose debut self-titled EP was released last November.)

To say it shortly – Uddød is a sludgy doom band with Danish lyrics, a straightforward approach, and one self-titled EP released in November 2020. Actually I know it because of Rune Bæk (guitars, vocals), a guy who did an amazing job as a frontman in a killer local act Plöw some time ago.

You can check Plöw’s video ‘High Tide’ or just find the ‘Captain Fungus’ track. Such was their anger! Such energy! And for me Uddød remains Plöw’s spiritual successor despite the fact that Rune’s companions Jeppe Birch Friis (bass), Jacob Lau (drums), and Frank Sørensen (guitars) seemed to enter the magic world of the metal underground not long ago. But all together they leave a strong impression of a professional, motivated, and powerful band.

Thus it was my duty to introduce Uddød with Rune’s help to NCS readers. END_OF_DOCUMENT_TOKEN_TO_BE_REPLACED