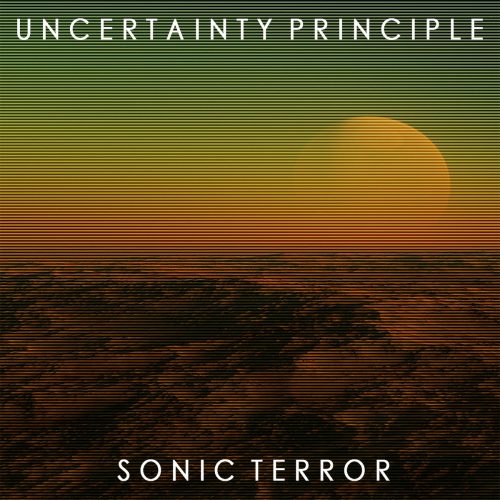 A. White has been making audio sensations (purists would object to calling all of it “music”) for more than 25 years, through a variety of projects. Most recently he has become known for his work in Vessel of Iniquity and Crown of Ascension (we premiered the latter’s debut EP earlier this month), but the longest-running project has been Uncertainty Principle, which has amassed a catalogue of 16 albums that date back to 1999, and a handful of shorter releases. Now a 17th full-length is on the way.

This new album, aptly named Sonic Terror, is a survey of Uncertainty Principle‘s entire career — not a compilation, mind you, but a re-recording of songs that has involved a process of deconstruction and rebuilding, with an updated and improved sound and an adjustment in the way the sonic ingredients work together. As described by Xenoglossy Productions, which will release Sonic Terror on February 5th, the album “focuses on some of the heaviest doom metal you will ever hear, mixing harsh noise, funeral doom, sludge and drone, like an extreme hybrid between Godflesh and the Australian doom band Halo“. Judging from the song we’re premiering today from Sonic Terror, that’s not an exaggeration. END_OF_DOCUMENT_TOKEN_TO_BE_REPLACED