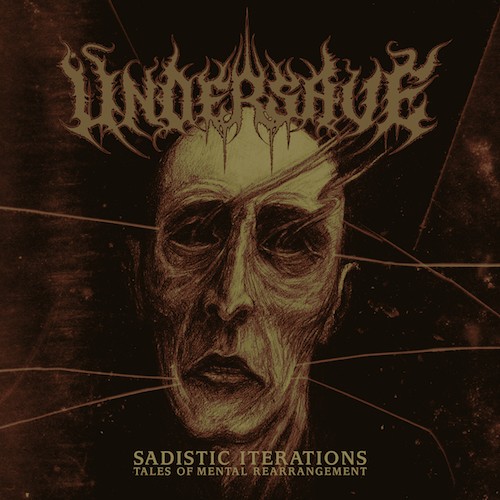 Fans of extreme metal know quite well that over time death metal has mutated and multiplied like a virus, and is now a vast ecosystem of aggressive life forms. Some are more disease-ridden, deranged, and destructive than others. Others have even managed to become beautiful as well as barbaric. The Portuguese band Undersave channel the cold, inhuman, voracious cruelty of death in their music — a terror beyond reason that can’t be stopped. Or at least that’s what I imagined as I listened to the song you’re about to hear.

Undersave have an out-of-the-ordinary way of naming their songs, This one, for example, is called “Peacefully Floating In Prosperous Abyss“. A previously released single from their new album is entitled “Press With Both Hands, Hold Your Breath and Collapse“. You’ll find the complete list of song titles below. The album, their second one, is named Sadistic Iterations…Tales of Mental Rearrangement. END_OF_DOCUMENT_TOKEN_TO_BE_REPLACED