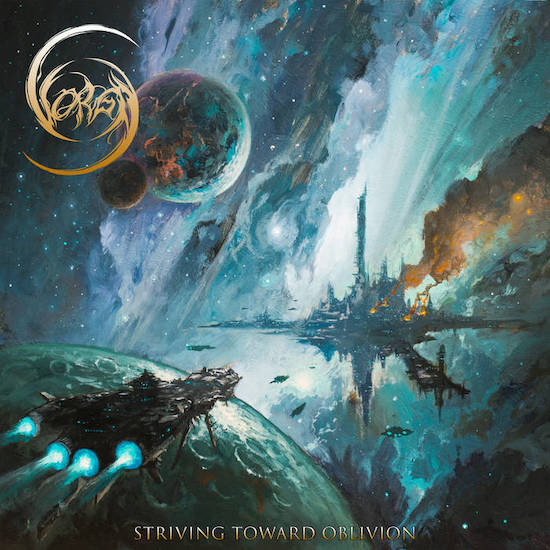 The title of Vorga‘s 2019 debut EP, Radiant Gloom, was itself a signpost to this German black metal band’s sound, and serves as a signpost to what their first album holds in store as well. The title of the new album, Striving Toward Oblivion, also forecasts the affecting darkness in the music, and yet it is indeed also radiant.

The album’s song titles and cover art point the way toward an excursion into the stunning expanse of the cosmos, but one whose ultimate destination is death manifesting — which happens to be the title of the album’s closing track that we’re presenting today.

This new song is a multi-faceted and thoroughly captivating one, which is emblematic of Vorga‘s many strengths and of the progression their songwriting has taken since that debut EP. It’s rhythmically arresting at a primal level, so much so that it’s capable of shaking listeners like rag dolls, but it’s also atmospheric, emotionally evocative, and memorable, blending moods of desperation and wonder with compelling intensity. END_OF_DOCUMENT_TOKEN_TO_BE_REPLACED 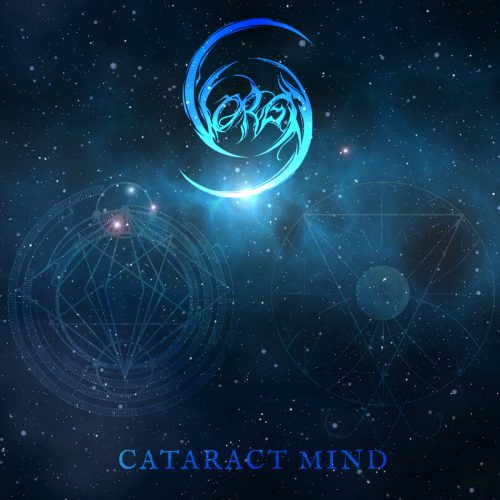 The Germany-based multinational black metal band Vorga made a striking first impression with their February 2019 debut EP, Radiant Gloom. With a modern production approach that delivered the music with vibrant immediacy, razor-sharp clarity, and visceral power, the EP revealed a band capable of combining full-throttle ferocity, bone-bruising heaviness, and emotionally penetrating melodies with a sheen of cosmic mystery and menace but also well-shaded by the old northern darkness and a knack for revealing human frailty and resilience. Each song had its own character, and each one proved to be memorable (and if you haven’t heard it, get yourself here and do that).

Greeted with enthusiasm by both critics and fans alike, Radiant Gloom drew the attention of Transcending Obscurity Records, which signed Vorga for the release of their debut album, Striving Toward Oblivion. The disruptions of the Covid-19 pandemic have delayed the album’s release to some indefinite date later this year, and so to bridge the gap Vorga decided to release a stand-alone single, which will not appear on the new album. Its name is “Cataract Mind“, and we are privileged to premiere it today as it becomes available for download on Bandcamp. END_OF_DOCUMENT_TOKEN_TO_BE_REPLACED