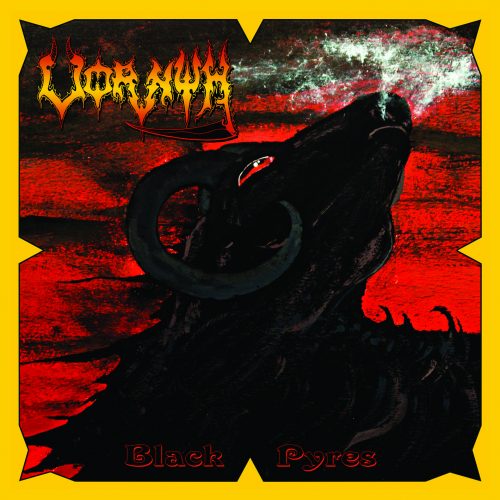 The bloodlines of metal are deep and varied. They’ve mixed and morphed in countless ways over more than 30 years, but some of the original strains have proved to be timeless — they haven’t lost their appeal, and they summon the primal force of evil, blood-pumping heavy metal in ways that more recent permutations have trouble matching. Vornth carry one of those primal strains in their own blood. Its purity hasn’t been diluted through interbreeding in the passage of time. Yet their music doesn’t sound worn out or too by-the-numbers. Instead, it sounds hot as hell.

Vornth come from Uddevalla, Sweden. Their self-titled debut album was released in 2013, and their second one — Black Pyres — will be released by Iron Tyrant on October 31. Today we’re bringing you the premiere of one of the new songs, “Traveller Of The Dark“. END_OF_DOCUMENT_TOKEN_TO_BE_REPLACED