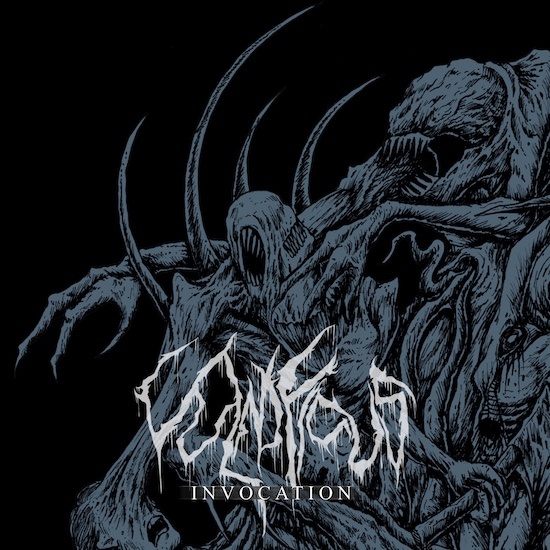 We’re about to turn our focus to a dangerous place where the vicious vectors of technical, brutal, and slamming death metal intersect, a place from which the U.S. band Vulnificus have launched their savage and scintillating attacks.

The band is a fairly new project, having formed just last year, but the project’s two members — multi-instrumentalist Wilson Sherels (Epidermolysis. among many others) and Eston Browne (Abolishing The Ignominious, ex-Gigan) — aren’t novices. That will become apparent from the song we’re premiering today from their second EP, Invocation, which is set for release on June 10th by New Standard Elite. END_OF_DOCUMENT_TOKEN_TO_BE_REPLACED