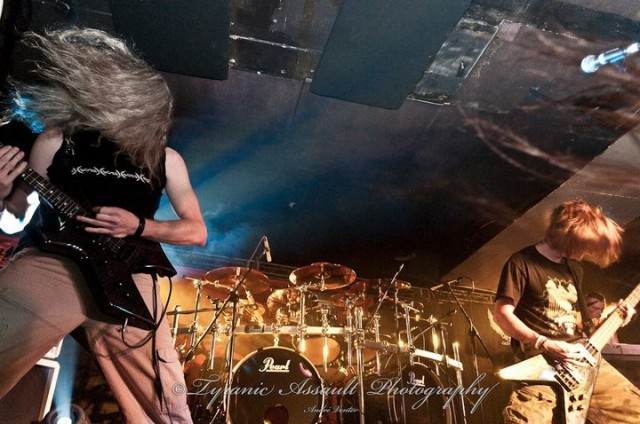 In this installment, we’re focusing (in no particular order) on Riddare av Koden, Warthane, and Architecture of Aggression. I picked these bands in part because I got very enthusiastic recommendations about them from SA metalheads and partly because they’ve got songs that you can go get for yourself instead of being stuck solely with YouTube clips or other music players that keep you tethered to your computer if you want to listen. I also happen to really like what I’ve heard from all three bands. So, here we go . . . after the jump. END_OF_DOCUMENT_TOKEN_TO_BE_REPLACED