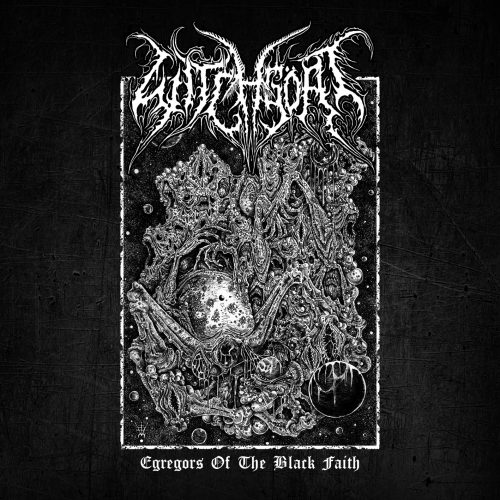 (Todd Manning wrote this review of the debut album by the band Witchgöat from El Salvador.)

With a name like Witchgöat, it’s safe to say we are probably not dealing with the latest Avant-Garde, Prog Metal sensation to sweep through the scene. Instead, these Salvadorians lay waste to everyone and everything in sight with their brand of Blackened Death/Thrash. Originally the brainchild of guitarist P. Scyther in 2016, the group issued their debut demo Umbra Regit via Morbid Skull Records, and now they are poised to release their full-length Egregors of the Black Faith on February 13th, also on Morbid Skull.

With their grim-as-hell artwork and general presentation, one might expect these guys to produce a whirlwind blast of Blackened noise a la Revenge or Conqueror, but that actually isn’t the case. While Witchgöat certainly owe a debt to ripping Black Metal, tons of molten Old School Metal and Thrash slag flow through their veins. END_OF_DOCUMENT_TOKEN_TO_BE_REPLACED

We’re about to present the streaming premiere of a three-track demo that’s a rush of hellish electrification — with a surprising twist at the end.

Umbra Regit is the debut recording of the Salvadorian black/thrash band Witchgöat, and it will be released on July 31st by Morbid Skull Records. It combines the talents of veteran guitarist P. Scyther, drummer E. Driller, vocalist M. Miasma, and bassist C. Fog. END_OF_DOCUMENT_TOKEN_TO_BE_REPLACED