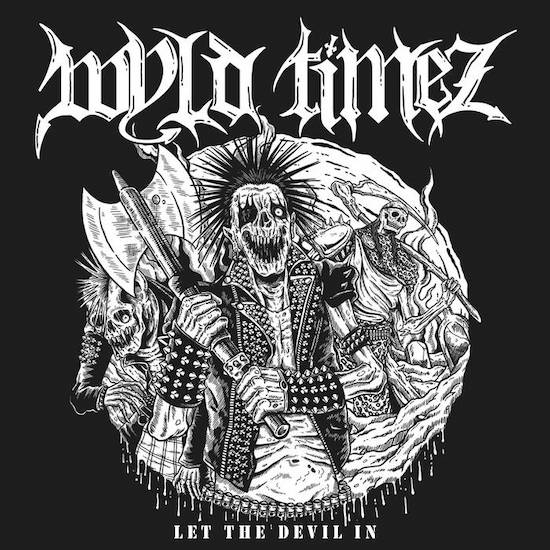 The Cleveland band Wyld Timez began life in 2019 during the pandemic as an off-shoot of the formidable black metal trio Burial Oath, whom we’ve praised repeatedly at this site, but they’ve really caught fire in the last year, with a self-titled EP released in April 2021, and another one named Let the Devil In that hit the streets just last month.

The releases so far were written and tracked by vocalist/guitarist J, creating a blend of speed metal and metal/punk in the vein of Venom, Motörhead, and The Casualties, but the live band also now includes drummer Luis and bassist Rob. You’ll get to see all three of them in action in the video we’re premiering today for a hell-raising track named “Burn” off the latest EP. END_OF_DOCUMENT_TOKEN_TO_BE_REPLACED