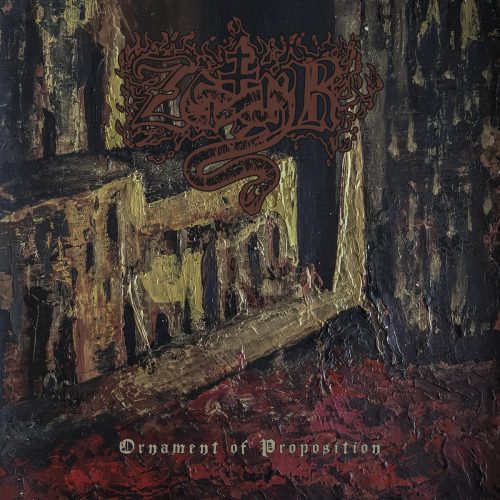 Last September I came across a self-released, three-track digital EP, the first record of a new Swedish band named Zatyr. As a faithful homage to certain flavors of old-school heavy metal, and with clean singing dominating the vocals, it shouldn’t have made a positive impression on one whose tastes don’t normally lean in those directions, but Ornament of Proposition certainly did, and I wasted no time singing its praises here. At the end of that impulsive review I wrote:

“As for the music, it’s immediately infectious, and deliciously dynamic. The riffs are damned compulsive, the melodies are full of hooks, the soloing is fantastic, the rhythm section know what the hell they’re doing. It’s the kind of stuff that makes grown men lift their invisible oranges to the heavens. In short, Zatyr are a huge surprise, a bolt from the blue. It hardly seems possible this is their first release. I doubt it will take long for the word to spread and the fans to come thronging”.

That last line turned out to be an accurate prediction. Word has indeed spread, and it will spread further because on May 22nd Dying Victims Productions will release Zatyr’s eye-opening EP on noble vinyl, which will include not only the three original songs but a fourth track as a bonus — a track we’re premiering today. END_OF_DOCUMENT_TOKEN_TO_BE_REPLACED

Two of the new songs that appeared since I first conceived this second SOB installment are from the new album by Obsequiae, which I’ve been very eagerly awaiting since learning last year that it was in the works. The new album is The Palms Of Sorrowed Kings, and it will be released on November 22nd by 20 Buck Spin, who may have to be investigated for attempting to corner the market on hot-shit releases this year. END_OF_DOCUMENT_TOKEN_TO_BE_REPLACED