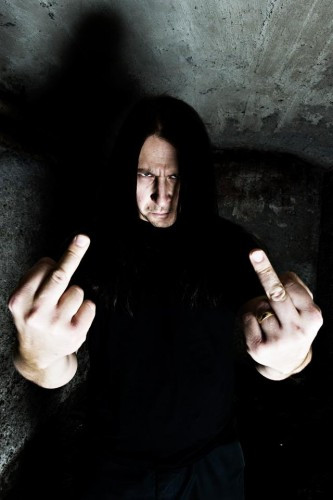 Some people have asked us “is that cause Arttu [Malkki] can’t play fast like Nils [Fjellström]“? But if he couldn´t play fast, that would mean that he couldn´t play our old songs live and he would never been given the job as drummer of Aeon.  We always play “Forever Nailed”, “Kill Them All”, and “Forgiveness Denied” live, and unless you can perform them as a drummer, you simply won’t fit the bill.  So to get to the point somehow….we just wanted to have more heavy shit this time! END_OF_DOCUMENT_TOKEN_TO_BE_REPLACED