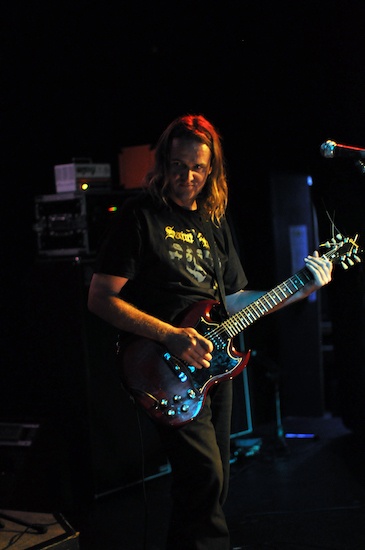 (Comrade Aleks managed to catch up again with Australian musician Phil Howlett and engaged in a discussion that ranges among a number of his bands and solo projects, including Solemn Ceremony, whose newest album was released this past June.)

Mister Phil Howlett from Adelaide is a dedicated metal warrior, and though he has that blackened thrash project Zlórtcht, he’s well-known mostly because of his doom band Lucifer’s Fall (which we interviewed a year ago) and his doom solo project Solemn Ceremony.

It’s hard to believe but even today playing metal in Australia could be a difficult task, as you’re unable to take part in bigger fests on a regular basis, as European or American bands are. The internet helps but not the way you need if you want to play your metal stuff live!

So Nine Records released Solemn Ceremony’s second album Demise on the 10th of June and we slowly lent a helping hand to Phil and that’s it, another entertaining and in-depth interview. Want to know how to play doom in Australia and not to be depressed all the time? Here we go. END_OF_DOCUMENT_TOKEN_TO_BE_REPLACED