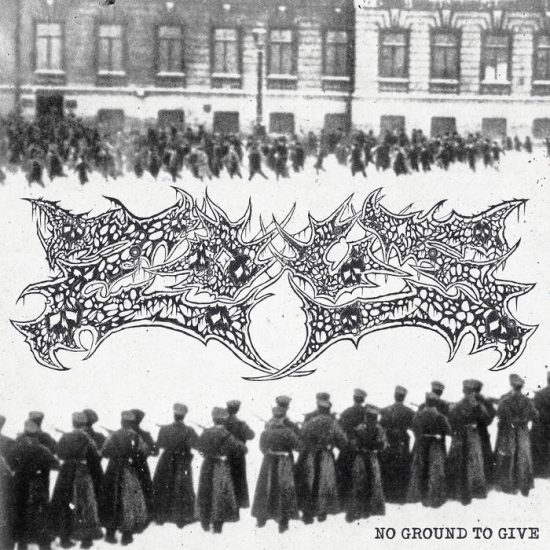 (Here’s Wil Cifer‘s review of a new album by the Los Angeles death metal band Zous, which was released at the end of May by Closed Casket Activities.)

This might seem weird since I am normally the guy who covers the darker more post-punk leaning bands or classic traditional metal. I do like more overtly heavy stuff as well, since during most of my teens I was into hardcore. By hardcore, I mean I saw the Cro-Mags on the “Age of Quarrel” tour while wearing my first pair of combat boots.

This solo project Zous from Nails drummer Taylor Young celebrates various shades of heavy that I love, as they are all nihilistic and dark in their wrathful pummeling. Young wrote, performed, produced, and engineered this entire album. He did enlist his buddies to come in and help out when it is time for the obligatory guitar solo.

This project was intended as old school death metal. It might never chug in the direction of the many Meshuggah worshippers or employ In Flames-inspired guitar harmonies; it does grind and crunch with more of a modern hardcore feel than anything in the zip code of Morbid Angel. END_OF_DOCUMENT_TOKEN_TO_BE_REPLACED