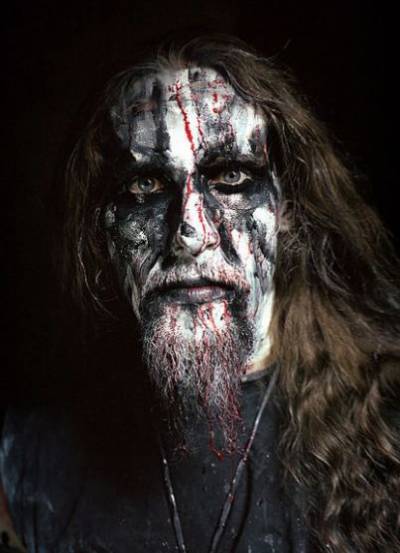 Tell you what: I’d pay decent money to be a fly on the wall when Mr. Hjelmeland has that long talk with Gaahl. (more after the jump . . .)

But since that ain’t gonna happen, let’s use our imaginations:

Hjelmeland:  You didn’t really say that stuff about burning churches, did you?

Gaahl: Of course I fucking said it. Can’t you read?

Hjelmeland: Shit. Well, can’t you say that you’ve reconsidered your views and say they were just youthful indiscretions? You know, like “experimenting” with weed?

Gaahl: Are you fucking brain-dead? I’d like to drink your blood.

Hjelmeland: Well then. I was hoping it wouldn’t come to this. If you won’t publicly back off that crazy church-burning stuff, I’m afraid we’ll have to fire you.

Gaahl: (Long pause.) Uh, ya know, the more I fucking think about this, the more I think that douchebag reporter misquoted me. 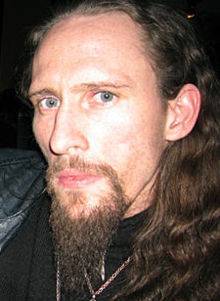 I dunno, maybe Gaahl won’t back off. But I bet he will. Whether he does or doesn’t, I gotta question Hjelmeland’s veracity when he says he wasn’t familiar with Gaahl’s past when he hired him. This dude is staging a fucking black metal musical in fucking Norway, he casts the ex-vocalist of fucking Gorgoroth, and he didn’t check out Gaahl’s “resume”? Puhleeeeze.

And what’s with Hjelmeland’s sudden sensitivity to the views of Norwegian churches? Let me repeat: the dude is staging a fucking black metal musical. In what universe did he think black metal is church-friendly?

We’re not commenting on this in defense of Gaahl’s rhetoric about church burning. As we suggested yesterday, you could burn every church in the world to the ground, but if you haven’t changed the way people think, if you haven’t convinced them to think for themselves instead of following religious “leaders” like sheep, then you would be accomplishing nothing — actually, worse than nothing.

But it would be equally deplorable for Hjelmeland to do a 180 in the face of religious or political pressure. Same point applies: you can’t burn ideas you don’t like, and you can’t fire them either.

I guess maybe Norway may have more in common with the good old US of A than I thought. We’ll see . . . .