Well, just in case the well runs dry for bands like these (or they lose their thesaurus), we’ve found a gold mine of source material. (see what we’ve discovered after the jump . . .) 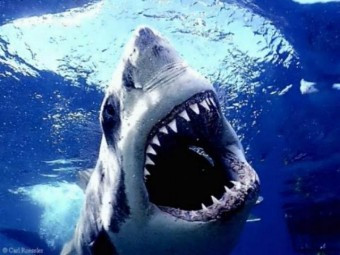 NCS Co-Author Alexis is a college grunt and is taking a class this quarter that required her to dissect a shark and memorize all the pieces of its cartilage (which is basically what sharks have instead of skeletons).

Now as real-world creatures go, sharks are pretty fucking metal to begin with. Some of them, like the great whites, are “apex predators,” which means they’re at the top of the aquatic food chain with no predators of their own. They are “cold-blooded.” They need to remain in constant motion to breathe, and will sink if they stop. They’ll eat just about anything, and — to cut to the chase — they scare the living shit out of most of us human fleshbags.

The names of shark cartilage that Alexis had to memorize are definitely metal, and would provide excellent song name fodder. For example:

I tried to convince Alexis there was actually some fucking reason why she should have to memorize the names of shark cartilage. Of course, I was talking outta my ass, but turns out I was right, don’t you agree?

Actually, some of this shark cartilage shit would make good band name fodder, too. In my mind, I can hear a band named Mesorectum pumping out some brutal death metal. Can’t you?