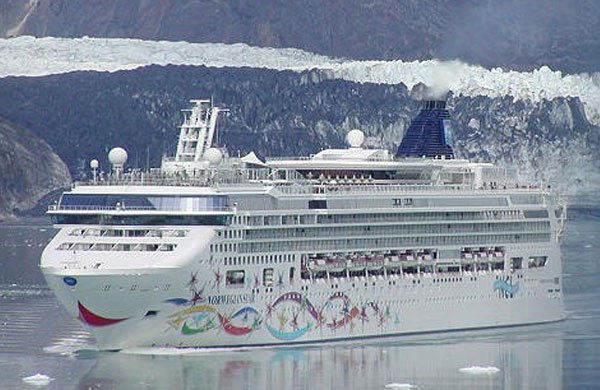 Those fuckheads at “Newwest Special Projects” didn’t ask our advice, but we’re giving it anyway: Drop the nightly room price to the cost of a decent metal show ($20), keep the bars open 24-7, change the entertainment to non-stop live metal, and bill it as “The Immovable Fuck-the-Olympics Metal Cruise.” Why does this make sense? And why is it a big improvement over the 70,000 Tons of Metal Tour? Read on after the jump . . .

So, here’s our logic:

The Winter Olympics obviously aren’t a big enough draw to fill up a “floating hotel,” even at $250 a night. Even average yokels who are interested in the Olympics can’t get tickets. So open your doors to people who really don’t give a fuck about the Winter Olympics but would love to headbang on board a cruise ship docked in Vancouver. If anyone would actually want to watch the Olympics instead of bang heads, they could watch it on the fucking TV in their staterooms. 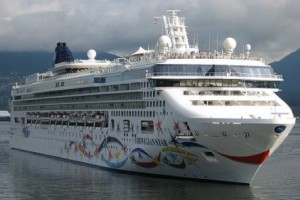 You obviously can’t sell enough rooms at $250 a night, even to retirees with shitloads of time on their hands. But metalheads can always scrounge up $20 for a decent lineup of bands. And just think of all the revenue you can make up by taking a cut from the merch sales! Not to mention what you’ll generate in beer and vodka sales if the bar is open non-stop to a boatload of headbangers.

Plus, your costs are bound to go down. Everyone knows that extreme metal bands aren’t paid shit to play live. They’ll be happy with a couple of free rounds and the chance to sell a shirt or two. And if you line up only metal bands from the Pacific Northwest and British Columbia, you won’t have to cover transportation costs. They can drive to the venue themselves and beg for gas money like always. You won’t even have to give ’em any of your precious rooms; they’ll be willing to sleep in the life rafts.

Compared to the 70,000 Tons of Metal cruise, fewer people will drown. I mean, even a wasted metalhead is going to think twice about taking a swan dive into the frigid waters surrounding Vancouver. Seriously, that shit would suck your scrotum up into your throat! Besides, this boat won’t be moving. So even if wasted metalheads fall overboard, they won’t get chewed into hamburger by the ship’s props.

Another plus compared to that other cruise: no Mexican jails! This is Canada, where the national sport consists of people beating the shit out of each other on the ice in front of screaming drunken fans. If a “passenger” on this immovable cruise starts acting up on shore or on-board, they’ll probably give him a medal. 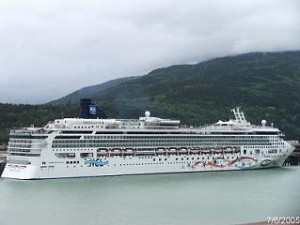 Also, no chance of your “passengers” getting a sunburn or heatstroke. Granted, it’s unlikely anyone on the 70,000 Tons of Metal cruise is going to venture on deck into the sunshine, but even if someone did that this month in Vancouver, they wouldn’t see the sun anyway.

And as an added advertising hook, you could give the thing a black metal theme. Think about it: The ship is called The Norwegian Star and it will be docked at Vancouver in the dead of winter. Perfect setting for a black metal blow-out! You’ll just have to paint over that colorful shit on the side of the ship and replace it with some inverted crosses, pentagrams, and dripping gore. Corpsepaint for everyone, free of charge!

Yeah, just like 70,000 Tons of Metal, you’re going to have some property damage to deal with and you’ll have to hose down the whole ship to get rid of the spew on floors and furnishings. But hey, it’s not your boat anyway. You’re just chartering it. If the cruise line doesn’t like the vomit, just tell ’em to fucking sue you. Or you could throw ’em a bone and agree to have an “all ages” deck to reduce spewage.

So there you have it, “Newwest Special Projects,” your way out of the bind you’re in! Quit fucking around and gear up the new marketing campaign!  Time’s wasting!

Just comp me a few nights on board and I’ll waive my consulting fee.