Years of working can produce staleness or lazy repetition of comfortable formulas. But this album is powerful and vibrantly alive. In the case of Living Sacrifice, the fire within has not gone out and the years of experience reveal themselves in superior song-writing and impeccable musicianship.  (more after the jump, including a track to stream  . . .) 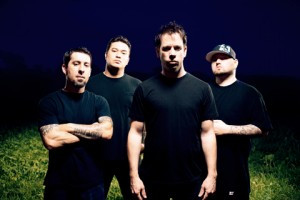 I hear things in this album that make it an integral part of the band’s continuity, and I hear interesting differences from the past, too.  But if you’re already an LS fan who’s familiar with previous albums, you’re going to love the shit out of this one, even though it reflects a subtle progression from its predecessors. So, I don’t plan to spend time comparing and contrasting it with what came before. Instead, I want to talk to readers who haven’t yet tumbled to this talent.

Let’s start by saying that with The Infinite Order, Living Sacrifice has just about perfected their evolving fusion of thrash, death, and groove metal. This is a mature work by artists who have honed their craft through hard work over many years. They’ve retained the tried and true, they’ve kept the faith with the roots of their music, but they’ve perfected their sound and added to its depth.

On The Infinite Order you’ll hear unvarnished, thrashtastic blasters (e.g., “Overkill Exposure” and “Rules of Engagement”), judicious use of paint-blistering guitar solos (“Nietzsche’s Madness”), dark mid-tempo dissonance (“Unfit to Live”), melodic instrumental interludes (“The Training”), a song that verges on Gothenburg-style melodeath (“They Were One “); straight-ahead rockers (“The Reckoning”); even acoustic guitars and the sound of violins (as bookends to “The Apostasy”) — and lots more. 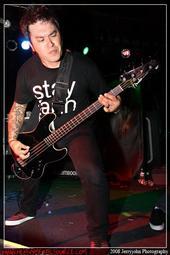 Even with these variations, all the songs share some identifiable features: First, the production is beautiful — every instrument contributes distinctly to the mix. Repeat listening will repay you — you’ll hear something new every time.

Second, every song is packed with compulsively bangable riffs. Groove has always been a fundamental part of LS music, and that’s absolutely true here — this whole production is headbanger’s heaven.  Multiple songs are already candidates for our list of the Ten Most Infectious Extreme Metal Songs of 2010. If you remain still while listening to this album, then you need to check yourself for a pulse.

Third, the instrumental work is impeccable. Lance Garvin’s propulsive drumming spits bullets, Arthur Green’s bass-work provides an ultra-heavy groove, and what can we say about the epic riffage from Rocky Gray and Bruce Fitzhugh except, “Holy Shit!” All these dudes are at the top of their game. 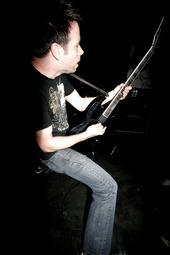 Fourth, Bruce Fitzhugh’s vocals are simply amazing from start to finish. His voice is one of the distinctive stand-outs in this genre — deep, harsh, powerful, sometimes vicious, often angry, but rich, fully human, and filled with passion. You hear Bruce once, you’ll recognize him the next time. LS would not be LS without him.

Fifth, this is some stone-heavy, pummeling shit. The Infinite Order may be the most melody-infused album Living Sacrifice has produced, but the tone is more often than not mournful, grim, apocalyptic — and the crushing weight of the sound has in no way been sacrificed to make way for melodic elements. The gravitational force will still pull you through the floor.

Hey Kids and old dudes (gotta put that in these days),

Tomorrow on Jan. 26 2010 The Infinite Order comes out and if you have pre-ordered the physical CD, you are in for a bit of treat, though it was actually a mistake. Track 12 on the CD is called “Of My Flesh, Of My Heart” and was not supposed to be on the CD. It was a bonus song that we were saving for a possible European release. When the manufacturer pressed the CDs, they used the wrong master that included this song. That is why there is no track listing or lyrics for it. So, if you have already ordered it or decide to get the CD version relatively soon, you will have this bonus song, and what will hopefully become a “collector’s version”. Subsequent pressings will not have this track and it will not appear on Itunes. So, enjoy the record and we hope to see you on the road so that we can play some of these tunes live. 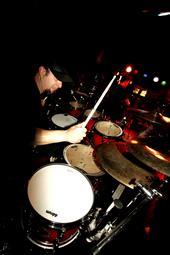 I pre-ordered the CD and got the bonus track. It’s a heavy piece of work, maybe the most death-metal influenced song on the album, and definitely worth tracking down.

Living Sacrifice has been a ground-breaking, influential band, and it has long had a cult following, both among fans and other performers, but this album should be a huge breakout release. I’ll go further and say that it should be found on most “best of year” lists for 2010.

If it isn’t, the cynic in me says that will be because of the album’s lyrical content. This band is, after all, one of the godfathers of Christian extreme metal, and they haven’t backed off their profession of faith one little bit.  There are going to be metal fanatics out there who will be turned off by that. Which would be a shame, because they’ll be missing some terrifically kick-ass music.

And that brings me to Part 2 of this post — a Living Sacrifice-inspired meditation on the role (or lack thereof) of lyrical content in extreme metal. Check it out in tomorrow’s edition of NO CLEAN SINGING. Until then, enjoy this sample from The Infinite Order:

Living Sacrifice: They Were One