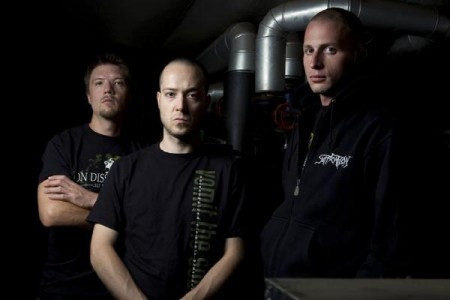 Late last year we wrote about the storm surge of new metal over the last few years. Even if you confine yourselves to bands with labels, it’s enough to swamp the average listener. And if you also consider extreme metal being churned out by unsigned bands, it’s impossible to hear everything that might actually appeal to you, even if you’re devoted to only one or two sub-genres and don’t care about the rest.

Given this state of affairs, one of the most useful things a site like this one can do is help you sift through the floodwaters and try to point out the hidden treasures that might actually change your life (or at least your week). And here at NCS, we try to give equal coverage to extreme metal from other lands.

This week we’ve been on sort of a mini world tour of metal. On Monday, we visited Greece and wrote about Gus Drax. The next day we hopped the Atlantic to visit Costa Rica and Sight of Emptiness. And today we’re jumping back across the ocean to Italy and Vomit the Soul.

The first two bands we visited this week produce metal that’s infused with melody. But if melody is what you’re after, you should continue your web-surfing right now, because you won’t find even a whisper of it in what Vomit the Soul blasts out. But if every now and then you like to have your brains scrambled by a visceral sonic assault that completely removes you from what’s going on around and within you, this is a band you should definitely check out.  (more after the jump . . .) 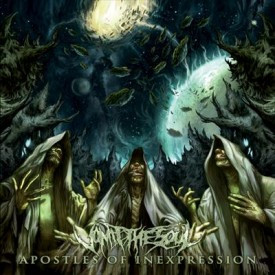 At some point last year we read about these Italian stallions and the late summer release of their second album (and the first on the Unique Leader label), Apostles of Inexpression, and thought, “this sounds like something we might like.” It took a while to track down a copy of the CD — in fact, it didn’t arrive at the NCS Island until last week. But since then, we’ve been running it through our ear canals on a daily basis.

As we said, Apostles of Inexpression is devoid of melody, and you won’t find any memorable, repetitive hooks. There’s not a song here that will stick with you for very long after you hear it, though you’ll recognize them if you hear them again.

Instead, you’ll find ultra-brutal death metal — perhaps not a surprise, coming from a band that named itself after a Cannibal Corpse song. This 3-piece produces slamming riffs, pummeling basslines that are quite audible in the mix, blast beats galore, and in the vocals, some of the most beastly low-end death gargling and shrieking pig squeals you could hope to find (and it’s neither lifeless nor monotonous). 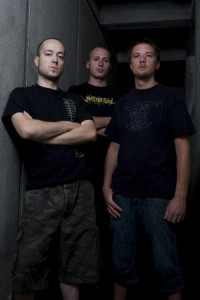 Can you headbang to this? Well, sort of. Every song is packed with crushing riffs, but just as soon as you think you’ve picked up the rhythm, it changes abruptly to a different, equally infectious slamming groove — but it won’t stay there long either. It’s like the flight of a hummingbird — if hummingbirds were carnivorous, slimy, armored black things with red eyes and slavering jaws filled with teeth like razors.

It would be pushing things too much to call this math metal or tech death, but the constant flux of the tempo and the technical skill of the playing make Apostles of Inexpression at least a cousin of those genres — a particularly ugly, bloody-minded, brutal cousin.

Think of early Suffocation, Dying Fetus without any guitar solos, Devourment with greater variety and technical sophistication. And we’re not dropping those names lightly — Vomit the Soul deserves to be mentioned in that company.

This is some genuine audio shock and awe that engages the mind as well as liquifying the bowels. It’s some straight-ahead nasty shit, and we just fucking love it. Here’s a taste of Vomit the Soul, from Apostles of Inexpression:

3 Responses to “VOMIT THE SOUL”