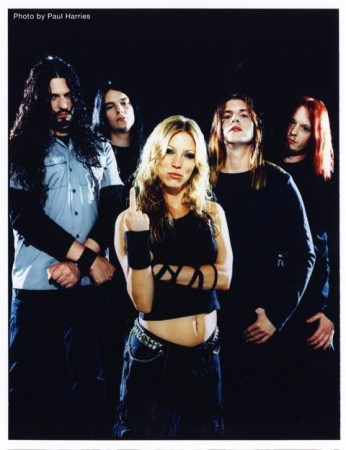 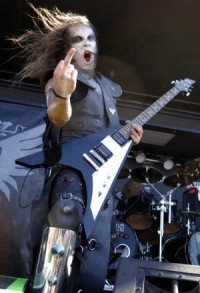 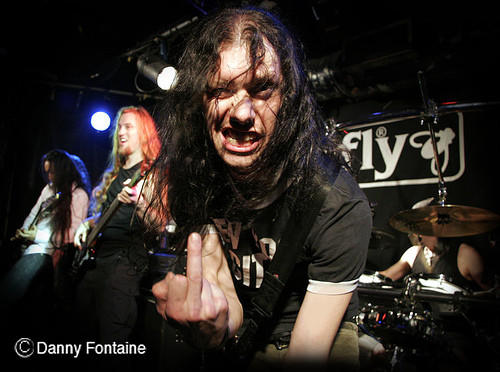 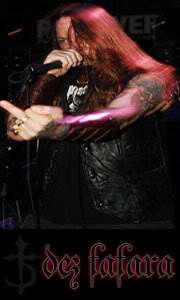 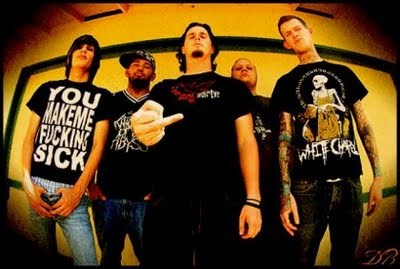 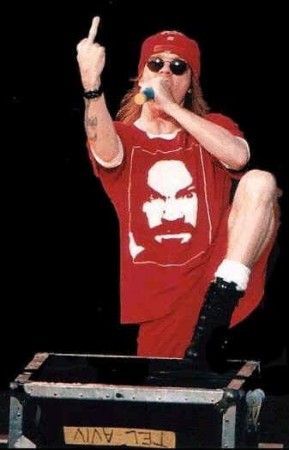 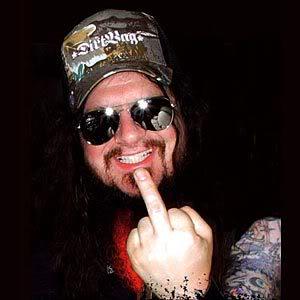 See those pictures above? In descending order, that’s Arch Enemy, Behemoth, Dragonforce, Dez Fafara, Carnifex, Axl Rose, and the late great Dimebag, all flipping the bird. This is a pretty random selection. If we’d had more time, we could have made this photo gallery a lot longer. For every metal band you’ve got on your personal music player, odds are that somewhere there’s a photo of them giving the finger.

Who are they flipping off? Is it the photographer? Is it you, their adoring fans? Is it the world in general? And why are they doing this?  (more after the jump . . .)

It can’t be because they resent having their picture taken. On occasion you’ll see a photo of some celebrity giving the finger, but you get the impression it’s intended solely for the paparazzi douchebag who’s invading their personal space as they shop at Armani or stumble out of some club in the wee hours, completely wasted, or get sloppy with someone who isn’t their husband or wife.

But these are metal bands. These are people who make their “living” on stage (and in the case of extreme metal, I use that word very loosely). Anyone who makes their living on stage loves getting their picture taken, don’t they? So the odds are that when someone in a metal band gives the finger to the camera, they’re not really telling the photographer to fuck off.

Plus, like we said, they all do it. As a visual motif for metal, it’s right up there with flashing the horns. So, again, why do they do this? If we did this to someone, it would usually be a prelude to a beat down, or at least an exchange of colorful language. But we’re guessing that when a metal band shoots the finger at a camera, it’s a snapshot of an attitude that says to the world (but hopefully not the fans), “we don’t give a shit what you think or what you want, we’re gonna do our thing.”

Or maybe it’s a way of demonstrating how different metalheads are from the squares. You know, a message that says, “social convention prevents you from flipping off people for no reason at all, but I don’t care about social convention — and by the way, fuck you and your whole family!”

But these are just guesses. What we really want to know is how this bird-flipping thing started in the world of metal bands and what it means. Surely someone out there has an actual, historical, factual answer, just like we know (or think we know) that Dio popularized the flashing of horns in metal culture. So what’s the answer? Tell us if you know.

And if you’ve got a link to a photo of one of your favorite bands flipping the bird, send it to islander@nocleansinging.com, and we’ll post another collection or two later on.