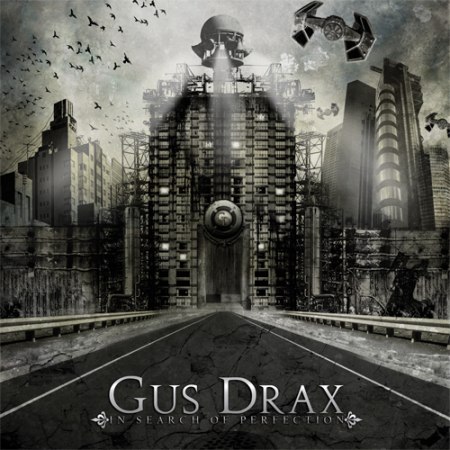 Doesn’t matter what flavor of metal you like, if you’re a headbanger you got a weakness for guitar gods, amiright?

But have you heard of Gus Drax? No? Let me introduce you.

Gus Drax is from Greece.  He’s 22 years old. He plays with UK prog metal outfit Biomechanical and has recently signed on to play with German thrashers Paradox, too. He has an instrumental solo album on the way called In Search of Perfection. And he can play guitar like nobody’s business.

Seriously, this dude has got some truly eye-popping chops, and based on a few songs from his forthcoming solo effort that have recently been made available for streaming on his MySpace page, he’s got major-league songwriting skills, too. These prog-metal instrumentals vary in tempo but are infectiously melodic and densely packed with some truly amazing solo riffage. But Drax’s playing is not simply a display of technical pyrotechnics. It’s got heart and soul in spades.  (more after the jump — including a sample song and a video) 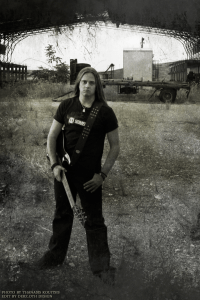 There is a maturity and vision behind the shredding that’s very impressive. The music is not as extreme as we typically prefer, but the technical skill is so accomplished and the compositions so intelligently constructed that we can’t help but dig it.

And for the icing on the cake, Drax has got some heavy talent backing him up on the solo effort, with guest appearances by keyboardist Bob Katsionis (Firewind, Outloud) and guitarist Steve Smyth (Forbidden, ex-Nevermore, Testament). I’m definitely going to find a way to track down the whole album when it becomes available. Gus Drax is a guitar god in the making, and one to keep your eye on.

Judge for yourself: Check out this track (one of the heavier ones) from In Search of Perfection, and then below that watch the video of “Vitality,” the first song Drax wrote and one that will also appear on the new album: