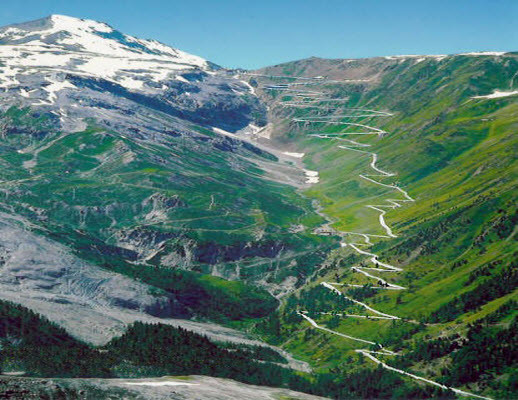 Case in point: The 19 Most Complex and Dangerous Roads in the World. Follow that link and you’ll see photos of some breathtaking roadways, like the one above — the Stelvio Pass Road in the Eastern Alps of Italy. It’s got 48 hairpin turns at an altitude of 1.7 miles above sea level. Or check out the next photo (after the jump . . .) 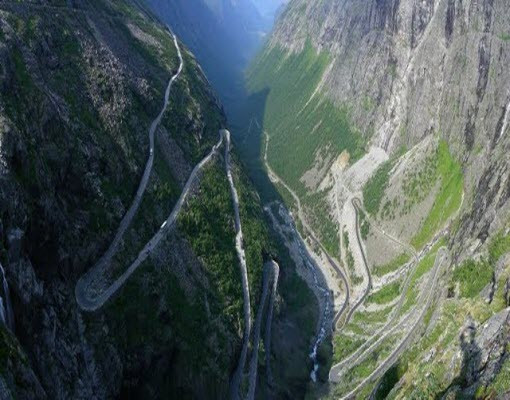 This is the Trollstigen road in Norway.  “Trollstigen” apparently means “The Troll Ladder.” Can’t imagine why they gave the road that name.  Or how about this one: 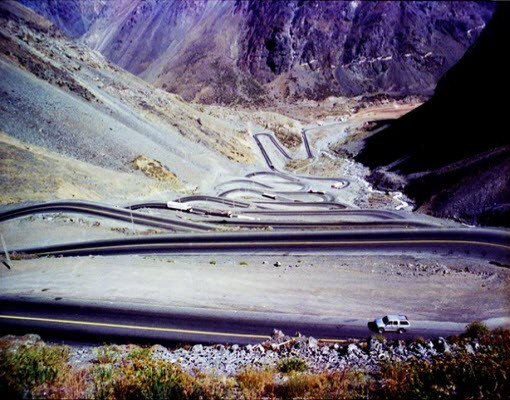 This one is called Los Caracoles.  It passes though the Andreas Mountains on the way between Chile and Argentina.

Why are these roads metal?  (A) Because some poor fuckers actually built these roads — and that’s pretty goddamned metal; and (B) because the thought of hauling ass along these things with some Exodus blaring over the car stereo is a seriously metal fantasy (even if it would most likely be the last act of our lives).

Next up:  Trains. To be more specific a freight train versus a tornado.  Guess which one wins.  (We hope we don’t have to explain why this is metal.)

Next up: Planes.  Well, not really planes. Just lunatics who think they’re planes. The footage below shows people wearing “wingsuits” base-jumping from some really high places. Personally, I’d rather get a good buzz on, settle back on a comfy sofa, and crank out some Immolation. I have trouble even watching this shit. Even the thought of actually doing it makes me wanna cry like a little girl.

(Again, we don’t think we need to explain why this is metal.)

Well, there you have it. Hope you liked all this stuff. We’ll get back to music tomorrow.