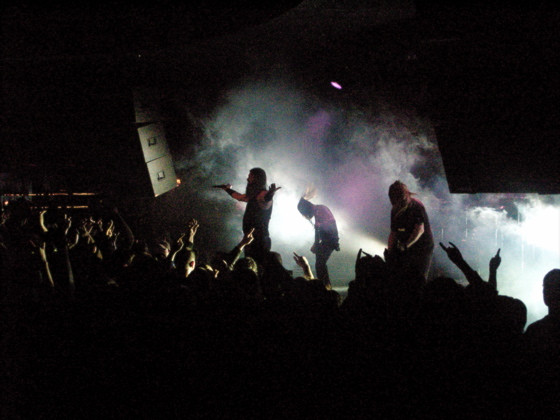 Two nights ago the three perpetrators of this site attended the Seattle stop of the Twilight of the Thunder God Tour II at The Showbox. In Part 1 of this post (which you can find here), we wrote about the performances of the first two bands on this show — Eluveitie and Holy Grail. Today, we’re bowing down before the awesomeness of Amon Amarth. And after we’ve sung our praises, continue on after the jump for a big batch of our photos from their set.

We’ve been listening to Amon Amarth’s Viking-themed melodic death metal for almost as long as we’ve been listening to death metal, but this live performance was a first. We got so stoked when we found out they were coming to Seattle this spring that we posted an announcement of the tour back in February under a two-word title: HOLY SHIT! So, how did the actual show measure up to our inflated expectations? Well, we still can’t improve on what we wrote in February: HOLY SHIT!

From the first chords of “Twilight of the Thunder God” to the last notes of “The Pursuit of Vikings” in the encore, Amon Amarth proved why they have not only survived for more than 20 years but have remained to this day one of the best death metal bands on the scene.  (more after the jump, including the best of our amateurish photos . . .) 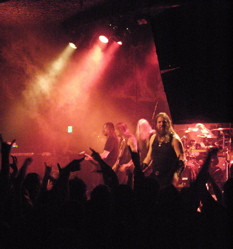 Shrouded in great gouts of smoke and bathed in a changing array of colors from the light show, guitarists Olavi Mikkonen and Johan Söderberg delivered the chugging riffs and tremolo-picked melodies of one immediately recognizable song after another for more than an hour. And of course, Amon Amarth would not be Amon Amarth without the distinctive guttural growls of Johan Hegg, who stalked the stage looking every bit like a Norseman who had just stepped off a long ship, battle-axe in hand, looking for a worthy opponent.

In every promo photo and video we’ve seen of Amon Amath, Klegg looks like a brutal badass — grim, bloodthirsty, and wild. While that Viking-run-amok visage was on full display during the songs, Hegg was all smiles between them, luxuriating in the enthusiastic crowd response. The dude actually looked approachably human.

And the packed house at Showbox was definitely into this performance, with massive displays of headbanging, horns thrown high, and surging movement. The band played a “greatest hits” set list from their discography, old and new, including “Dragon’s Flight Across the Waves,” “Guardians of Asgaard,” Tattered Banners and Bloody Flags,” “Death in Fire,” “Runes To My Memory,” “Cry of the Black Birds,” and more.

In a fitting end to the night, Hegg exhorted the crowd to ever-louder sing-alongs to the chorus of “The Pursuit of Vikings.” It was — in the only word that really suits, despite being overworked — “epic.”

Oden! Guide our ships
Our axes, spears and swords
Guide us through storms that whip
And in brutal war!

And now, here are our better photos from this performance. All that smoke played havoc with the focus. Maybe there’s some kind of “smoke” setting on the fucking camera that would sharpen the images even from a distance, but we haven’t found it yet. Anyway, here you go: 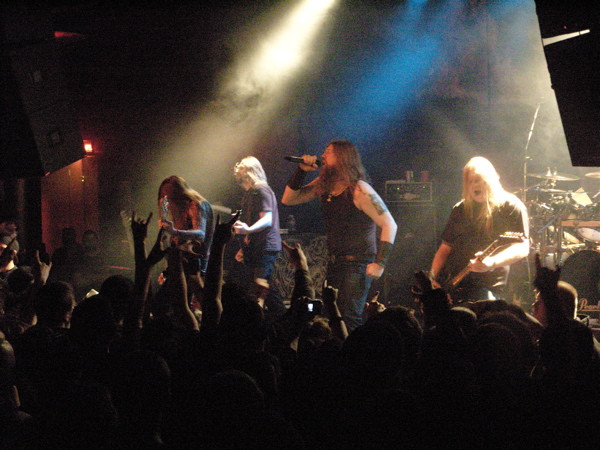 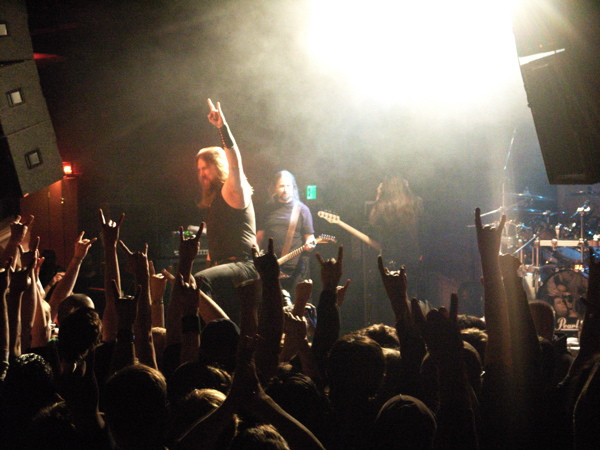 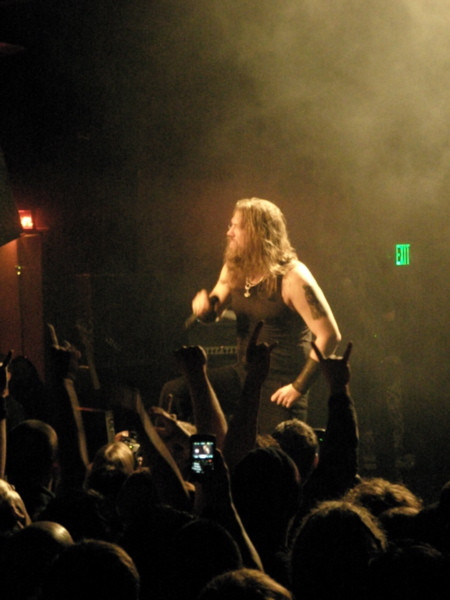 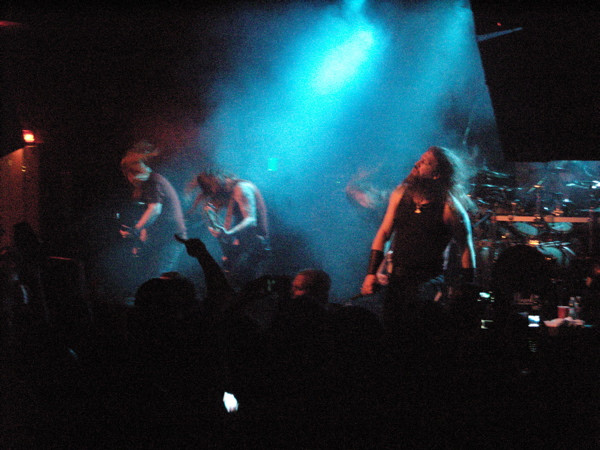 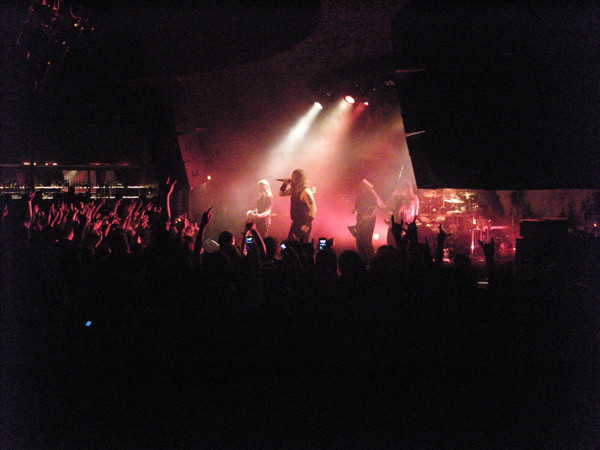 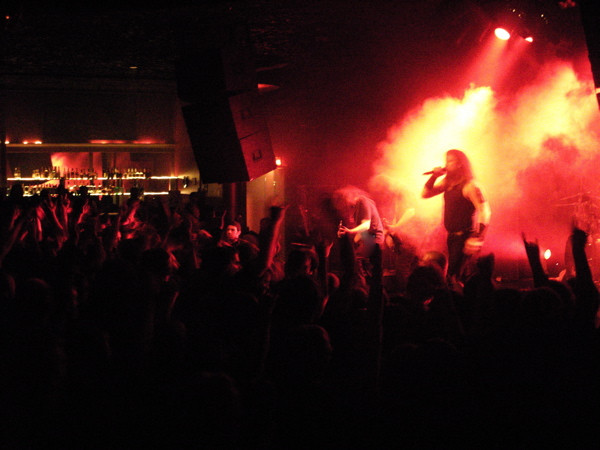 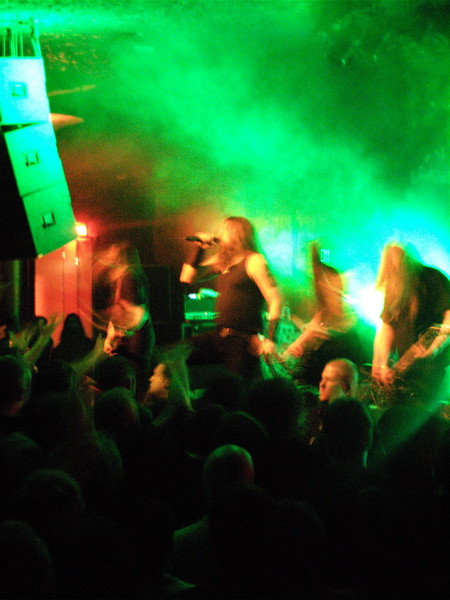 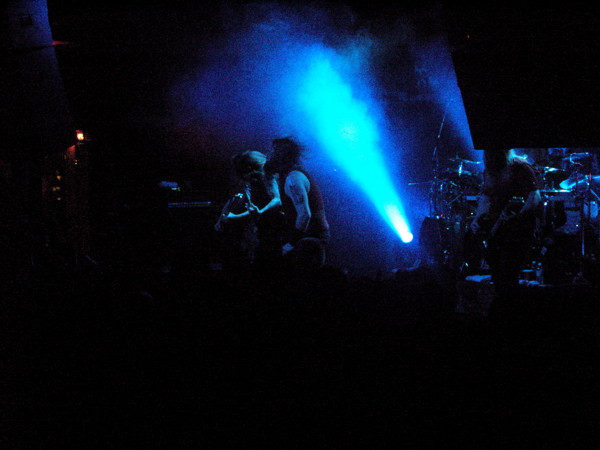 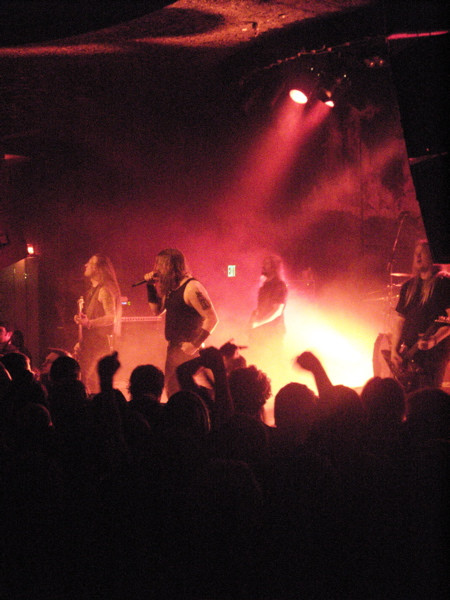 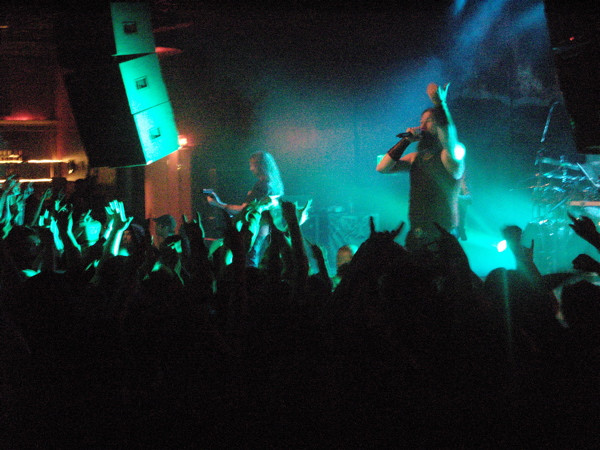 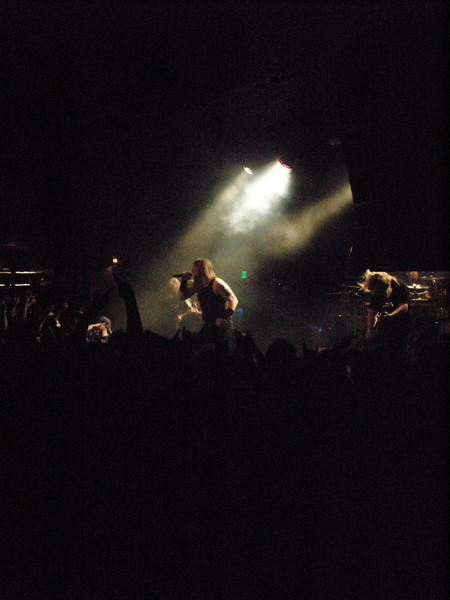 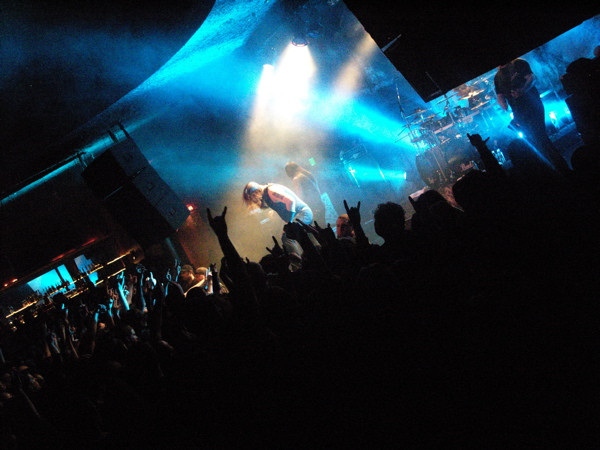 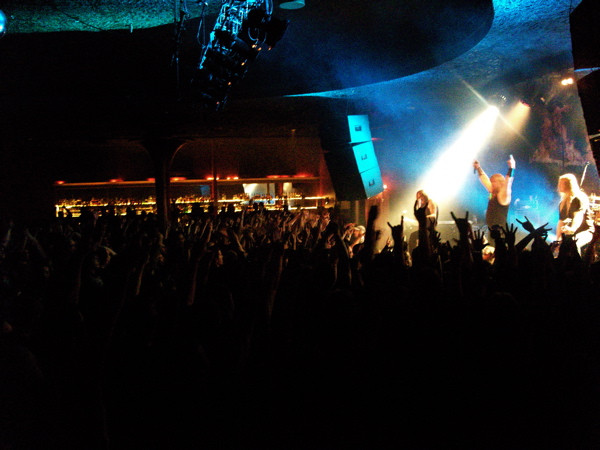 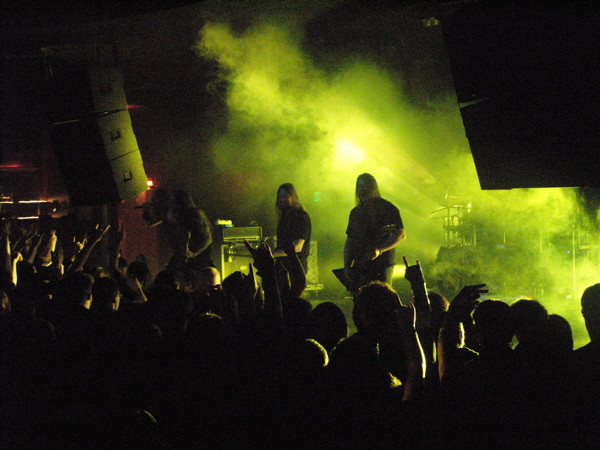 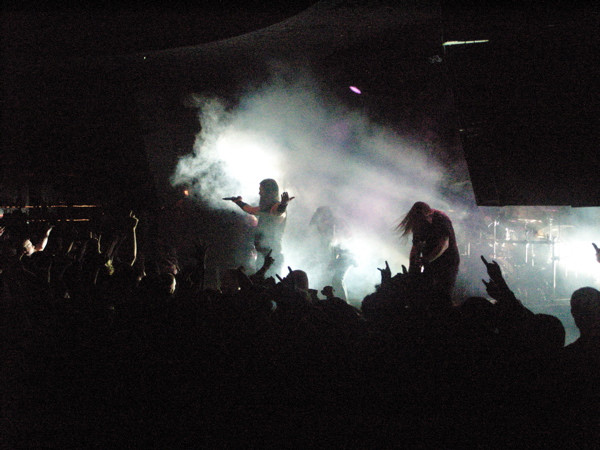 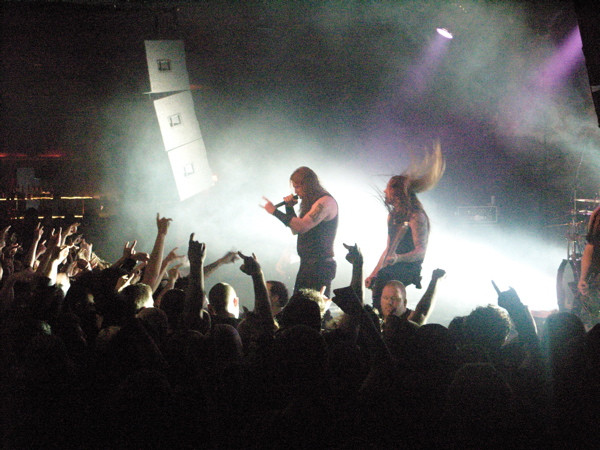