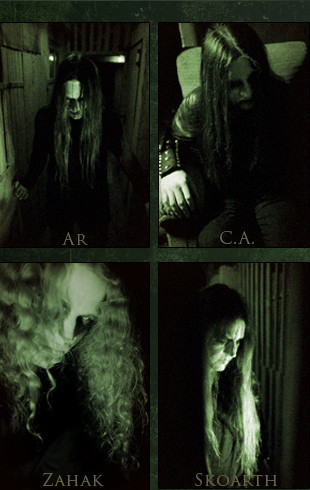 For me, the album art would have been worth the price of the CD. But as an added bonus, the music is also strikingly impressive — one of the coolest examples of progressive black metal I’ve yet heard.  (and we’ll tell you why after the jump . . .) 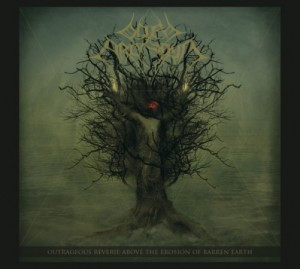 This album isn’t for the attention-deficit afflicted, or for the casual listener interested in a quick fix of catchy beats. Putting aside the relatively brief instrumental introductory track (“Gate”) — which is beautiful — the remaining six songs on the album are long, ranging from seven minutes to more than 16 minutes. The songs are long for a reason — because time is necessary for Odem Arcarum’s complex arrangements to unfold and fully envelope the listener in the band’s grand design.

It’s even a bit of a misnomer to call the album a collection of songs. Each song flows without pause into the one that follows, so as to make the album one unified work without perceptible breaks in the movement. Many of the songs end with passages of electronica that soften the mood and bring down the level of intensity into a meditative state before the next song begins to build in power again, but more pauses in the music occur within songs than between them.

The arrangements are intricate and obviously the product of considerable thought. They challenge the listener, not because the music is hard to appreciate, but because so much is happening that listening once just isn’t enough. There were many moments when I wanted to “stop and rewind” immediately, to appreciate more fully what I’d just heard or to understand how the band achieved the mood it had just created. Of course, that would have ruined the experience — so I’ve just been listening to the whole thing over and over. (Who needs to sleep anyway?)

This is recognizably black metal, and as you might expect, the ambience of the music is dark and often ominous. As I hear it, it reflects feelings of bitterness, remorse, resoluteness, triumph. It can be brutally intense but also sublimely beautiful. The tempo throughout is generally mid-paced, but the rhythms change subtly, with dramatic fluctuations in the level of instrumental activity. The arrangements are creatively designed and meticulously played to generate a soundscape of remarkable variety and fascination. 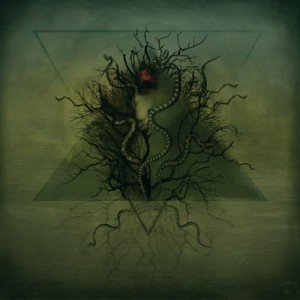 Three dudes recorded the music, and all three are really superb. Ar handled the guitars and synthesizers and provided harsh vocals that are dramatic and powerful (and suitably frightening). The keyboards are not overdone to the point of putting the music into the category of “symphonic” black metal, but they’re critical to the sound, and Ar is a particularly impressive guitarist.

The rhythm section consisted of Zahak on bass and C.A. on drums. Both are really good, but the drumwork is particularly mesmerizing. C.A. can certainly generate the blast beats, but as in everything else that happens on this album, he employs a multitude of techniques to suit the moment, and it’s easy to get lost in what he’s doing.

In fact, it’s easy to get lost in everything about this powerful album, and we highly recommend it.

Picking one song to share with you wasn’t easy, because the effect created by each song is in part a function of what precedes and follows it. Here’s a track from Outrageous Reverie Above The Erosion Of Barren Earth to stream. If you dig it as much as we do, you can buy the album from Osmose Productions or Amazon.com.

One Response to “ODEM ARCARUM”