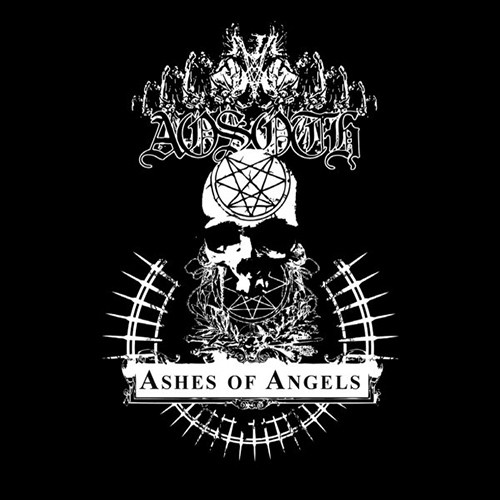 We have a pile of new, unheard releases stacked so high on the “Incoming!” table at the NCS Island that it’s in serious danger of collapsing into a heap of digitized rubble. So what are we listening to?

Well, of course, in our usual ass-backwards fashion, we’re listening to, and writing today about, an album by a French black-metal band called Aosoth that came out in December of last year. Why? Because Ashes of Angels is just so fucking raw and nasty that we can’t help but dig the shit out of it.

Of course, cats in heat are also raw and nasty, but that doesn’t mean we like listening to the noise they make. But Aosoth brings more to the cat fight than sharp claws and hair-raising howls.

Every song features a vehement blend of barn-burner blast beats and rapidly whumping double-bass (like a helicopter’s rotors whirling up to speed), high-energy tremolo-picked guitars that sound like a plague of mutant locusts, and serrated shrieking vocals. Those are the primary tools in the tool box. But what Aosoth does with those tools from song to song is unpredictable, and addictive as hell.  (more after the jump, including a song to stream . . .) 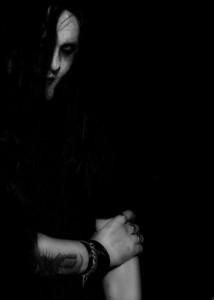 The first two songs on the album, “Songs Without Lungs” and “Ashes of Angels,” erupt out of the gate like horses on fire in an electric storm. They pummel and surge and build in intensity — only to break into momentary relief as the drums switch into a death-‘n-roll rhythm in sync with a hard-riffing departure from the tremolo shrieking. They’re wild and furious, but rhythmically compulsive at the same time.

But then the switch flips and you get “Path of Twisted Light,” a mid-tempo slab of almost ambient, progressive noise with a few simple, repeating drones from the buzzing guitars and a selection of hypnotic drum rhythms — and it all still manages to sound raw and cutting as well as mesmerizing.

We won’t continue taking you on a guided tour through each song, one-by-one. Suffice to say that each song is a different kind of inspired adventure, without ever allowing you to escape the generalized mayhem that the album as a whole inflicts. As a whole work, Ashes to Angels has quickly become one of our favorite black-metal albums of the last 12 months.

And just who is responsible for this feral collection of catchy madness? Well, you can count them on the fingers of one hand — that is, if you only had two fingers on that hand, having lost the others in a nasty bandsaw accident.

All the instruments are played by one dude, who goes by the name of BST (short for Bestial Satanic T, a pseudonym of one Sebastian Tuvi). Kind of sickening actually, because he happens to be fucking good at all the damned instruments he plays. The range and speed of his drumming on this album is particularly impressive, and he can make his guitars sound like a conflagration beyond the gates of Hell.  (For about four years, he was also a guitarist for Aborted.) 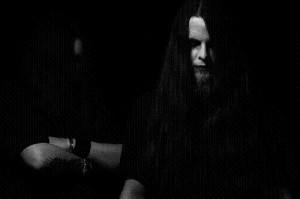 At least he appears to need to some help in the singing department, and so the hair-raising vocals are supplied by the second finger on your mangled hand, a dude called MkM (who is also the vocalist behind another French black-metal band called Antaeus). He’s pretty fucking awesome, too.

There’s a lot to choose from on Ashes of Angels. But what the fuck, we might as well pull out all the stops and play you one of the most furious scorchers on the album. If you’re feeling serene today, or looking for serenity, don’t listen to this. But if you want to lose your mind in a barely controlled vortex of dark fire, you’ve come to the right place. Don’t say we didn’t warn you: Once you get on this hell-train, you may not want to get off.