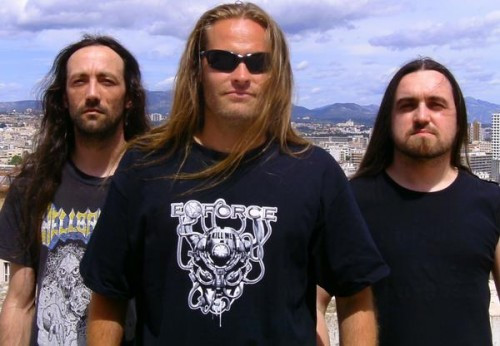 We’d never listened to E-Force before reading that release, and probably wouldn’t have paid a lot of attention to it — except for what it said about the name of the new album and about the concept behind it. And (drumroll, please) the album will be called Curse of the Cunt.  (more after the jump, including some E-Force music . . .) 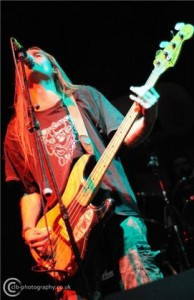 I’m thinking Eric Forrest probably didn’t consult a marketing expert before he picked that name. IMHO, “cunt” is the nastiest, most disrespectful name you can call a woman — which is why I only use it in referring to men who are massive douchebags.

But that’s not how Forrest is using the term. He’s not talking about male asswipes. Here’s what that news release said:

E-FORCE will enter the studio in August to record its new album called Curse Of The Cunt. Due in January 2011 via Thundering Records, the CD’s lyrical concept will be based on “what man has gone through to be with women,” according to Eric. “The pros and cons… Nine months to get out and the rest of your life to get back in.” Song titles set to appear on the album include “Mass Deception”, “Curse Of The Cunt” and “Nature Of The Bitch”.

Commented Forrest: “I am not speaking negative about females, just writing about what power they actually have and what some guys will do to get some — good or bad — of which everyone on this planet can relate to in certain ways, of course.”

Hey, whatever you say, man. Maybe the album will turn out to focus on the ridiculous lengths to which dudes will go to “get some,” instead of a diatribe about, uh, cunts.

The real question, I guess, is whether anyone should care about this album, one way or another. The answer to that question will depend on the music. 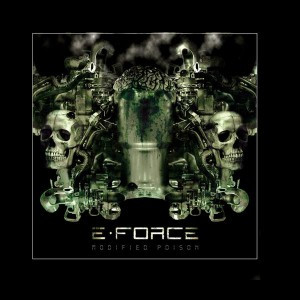 And I gotta say, having listened to some music from the last E-Force album (Modified Poison), I’m interested to hear what the new one sounds like. That last one serves up some megaforce thrash combined with a vocal style I usually associate with black metal. It’s a rush of raw vehemence, and it’s pretty fuckin’ good.

Check it out for yourselves. Here’s a track from Modified Poison.

One Response to “E-FORCE”