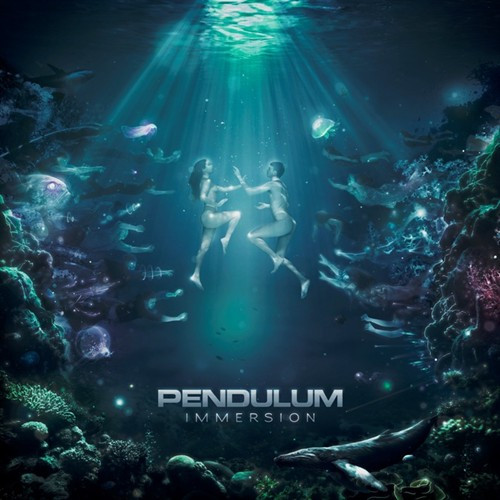 We’re clearly late to this party, because we discovered that lots of other metal blogs tumbled to this strange collaboration months ago. So we’re not just a little late to the party, we’re the kind of late where you show up and all that’s left is a bunch of people passed out in their own piss. But hey, better late than never, right?  (more unpredictable jumping around, including video and music, after the jump . . .)

First things first. Here’s the video — though we wouldn’t blame you if you decide to skip it, because right after the video is the song itself as it appeared on the Pendulum album, with better sound quality. The video is interesting mainly because it looks like Anders cut off his dreadlocks (which would be a shame if he did).

Now here’s the song without all the static and the annoying flag-waving:

As I said, I thought the song was cool, despite the clean singing from Pendulum’s frontman mixed in with Anders’ growly vocals. On the other hand, I had a hard time detecting much drum and bass in the song. I confess I’m not a drum-and-bass expert, but I did listen to some of the music back when it was the next big thing to come out of the UK. 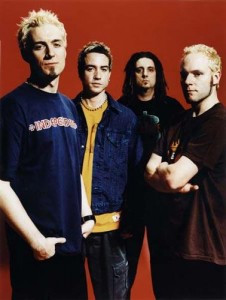 But the Pendulum/In Flames song did remind me of some other bands that have done this kind of mash-up of metal and drum-and-bass/techno before Pendulum and In Flames did it. The first name that randomly popped into my head was Pitchshifter.

I haven’t thought about Pitchshifter in a while, but they put out an album in 1998 called www.pitchshifter.com (yeah, that really is the name of the album) that mashed together electronic styles of music, including drum and bass, with metal, and did it earlier than most bands.

Pitchshifter put out a couple more albums, but as far as I know, nothing since 2002 except a limited-distribution EP. But that 1998 album had some head-turning shit on it. It was an amalgam of drum and bass, techno, punk, rock, and metal, and I hadn’t heard anything quite like it before.

Listening to that Pendulum/In Flames mash-up made me go back to www.pitchshifter.com and a couple of the songs I liked the most on it. Like this one: 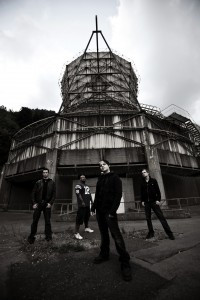 Then I started thinking about more recent metal with an electro-industrial pulse to it, and the first name that popped into my head was Sybreed. Lots of other names could have popped up first, but Sybreed was the one that did.

Sybreed is from Switzerland. They released their most recent album, The Pulse of Awakening, last fall, and this year, by coincidence, they played some tour dates in Europe with In Flames.

I just got around to listening to The Pulse of Awakening recently, but on the whole, I think I still I prefer the 2004 debut, Slave Design. I still go back to the lead song on that album every now and then just to get a really good brain-jolt. It’s like somebody dropped Meshuggah, Strapping Young Lad, and Fear Factory into a techno blender and pressed the puree button. Here’s that song: 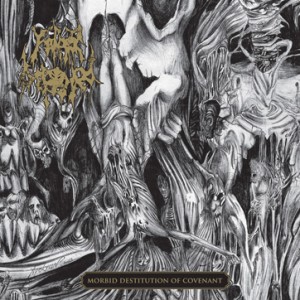 After listening to “Bioactive”, my puny brain drifted back to the subject of drum and bass. And then I thought about a band I just listened to earlier yesterday for the first time — a band called Father Befouled. They just announced yesterday that they’ve been signed to Relapse Records.

That got my attention, and I did a little poking around. They seem to be a collective of people spread around the U.S. They’ve got a MySpace page, but their songs don’t exactly have a massive number of plays. Relapse is going to release their latest album in September, though it’s already available on iTunes.

Well, curious fucker that I am, I listened to some of the songs on the MySpace page and then downloaded that new album, Morbid Destitution of Covenant, from iTunes.

We’ll have a few more things to say about Father Befouled in the near future. For now, here’s some fucking “drum and bass”. For reasons that will be apparent, we’re not going to run any lyrics contest on any of this album’s songs.

That’s our post for today — further proof that an idle mind is the devil’s workshop, particularly when mildly intoxicated.

One Response to “PENDULUM → IN FLAMES → PITCHSHIFTER → SYBREED → FATHER BEFOULED”