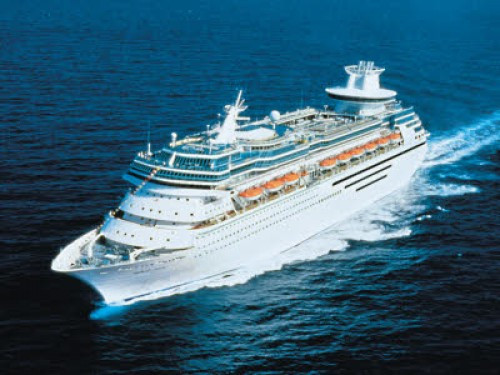 When we first heard about The 70,000 TONS OF METAL cruise way back in February, all we could think about was what could go comically wrong. Really, just think about the concept: 40 metal bands and 2,000 metalheads sailing around the Caribbean with non-stop performances, bars that stay open all night, and a stop at the Mexican island of Cozumel, where the tequila flows like water.

So of course, assholes that we are, we immediately started making fun of the idea — imagining in detail all the ass-ripping things that could go wrong. That was the subject of our first post about the cruise (here). That was in February, when only six bands had signed up to play for this floating festival.

We wrote an update post about this thing in late May, still sorta making fun, but also starting to imagine the things about this idea that could — we emphasize could — turn out to be awesome.  By that point, 18 bands had signed on to play.

Well, this morning we got a press release from the organizers announcing the latest edition to the line-up — the 22nd band, to be precise. And the new addition is none other than Sweden’s Marduk. Now, we’re really going to have to start thinking about taking this cruise seriously. Marduk is the first black-metal addition to the line-up. We figured there was no way the organizers could convince a top-flight, no-bullshit, black-metal band to jump on this thing.

A grymm cruise? Fans in corpsepaint and spikes mingling with beardos mingling with thrashers mingling with fans quaffing their brew out of drinking horns, and so on. Boggles the mind. For the current line-up of 22 bands, continue after the jump. Now we’re really getting interested in seeing who the next 18 bands will be.

For info about how to book passage on this hellish cruise, go to this location. Here’s the current line-up of bands: