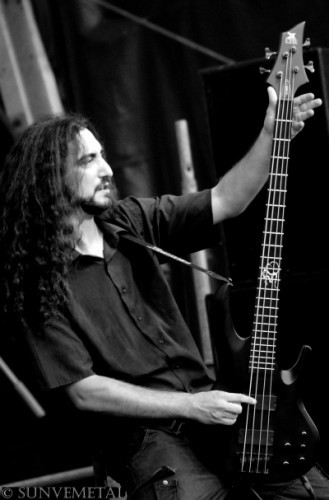 Italy’s Fleshgod Apocalypse is one of those bands (and there aren’t many) for which we have this presumption: They can do no wrong. Perhaps someday they will, but until that day, we will willingly listen to whatever music they create.

We reviewed Mafia — their most recent installment of obliteratingly good music — on June 2 (here). 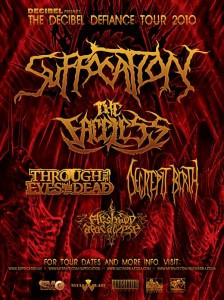 Various things have happened since then. For one thing, we learned the stupendously good news that Fleshgod Apocalypse will be touring the U.S. this fall with this lineup of bands:

SUFFOCATION
THE FACELESS
THROUGH THE EYES OF THE DEAD
DECREPIT BIRTH

Is this the best tour of the year? If it’s not, it’s very fucking close. We don’t have dates or places yet, but you can be damned sure we’ll tell you when we do.

For another thing, FA’s bassist/vocalist Paolo Rossi gave an extended interview with an Italian metal site called Metal Italia, which was published yesterday, that included some interesting tidbits of information.

Do any of us here at NCS speak Italian? Well, fuck no! We can barely speak English! But we do know how to copy Italian text on a web site and paste it into Google Translate.

Did we get nice, smooth, intelligible English results when we did that? Fuck no! We got half-wit, idjit, gibberish English. Fortunately, to use a baseball metaphor, half-wit, idjit, gibberish English is right in our wheelhouse, because that’s mainly what we speak. So we feel pretty confident we can give you the substance of the news revealed in that interview.  (after the jump, of course, along with a widget that will allow you to stream FA songs . . .)

Thanks to the technological marvels of Google Translate and our own marvelous ability to translate the Google-rendered English gibberish into words normal people can read, here’s the substance of what we learned from Paolo Rossi’s recent interview with Metal Italia:

In other news, Fleshgod Apocalypse now has a ReverbNation page, which means we can now embed a ReverbNation widget right here that will allow you to stream some Fleshgod Apocalypse tunage. The widget includes four songs — one from the Mafia EP and three from the band’s debut album Oracles. All of the songs are, in our humble opinion, fucking amazing.