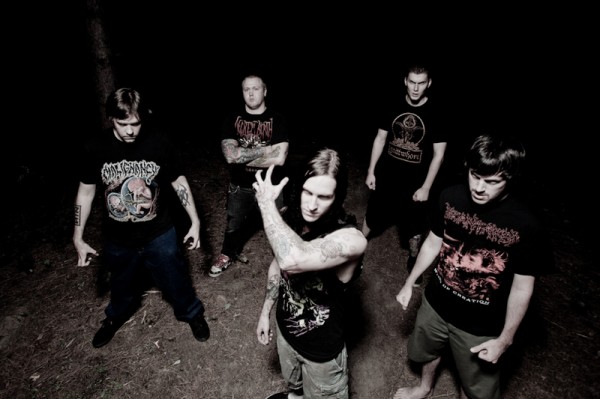 Saturday mornings have to be the least memorable mornings of the week. If you remember anything about Saturday mornings, it’s usually just the fallout of whatever you did on Friday night, and the fallout usually isn’t worth remembering. In fact, sometimes all you want to do is forget.

If you’re like me on a Saturday morning, your ass is dragging and your brain feels like it’s swimming through a pool of rapidly cooling tar. All you want is to be left alone until you recover your senses in the fullness of time.

Well, fuck that shit. You may think that’s what you need, but your friends here at NCS are trained medical professionals, and we know better. We have a prescription for what ails you on this Saturday morning. We think what you need is the aural equivalent of a stun gun to the back of the head. Y’know, something that will jolt you into the world of the living.

Of course, if you really outdid yourself partying last night, this prescription could seriously fuck you up. That’s why we’re taking a page from the playbook of the pharmaceutical companies that run those obnoxious TV ads for drugs you don’t need: We’re giving you a warning:

In rare cases, people who listen to the music you’re about to hear on a Saturday morning will bleed from the ears and nose, develop uncontrollable convulsions, experience explosive diarrhea, and/or fall into irreversible comas. If you’re pregnant, listening to this music may lead to spontaneous abortions or cause your child to come into the world with its eyes permanently crossed. Do not listen to this music while driving, or while sitting, standing up, or laying down. If you are in the middle of a vicious hangover, you should induce vomiting now, in the privacy of your own bathroom, instead of risking a spew down the front of your shirt once the music begins.

By clicking past the jump to listen to the music that follows, you and your heirs and assigns agree to irrevocably release and hold harmless NO CLEAN SINGING from all resulting claims of damage, past, present, or future, whether currently known or unknown, anticipated or unanticipated, minor or fatal, and you assume all risk of paralysis, impotence, rectal bleeding, facial boils, hair loss, necrotizing fasciitis, seeping mouth ulcers, and chronic ventricular dysrhythmia.

Okay, now that we’ve got the legalese out of the way, we can proceed to dispense our medication — immersion in bass drops and apocalyptic havoc.

This is actually a sequential course of medication, beginning with the immersed part. 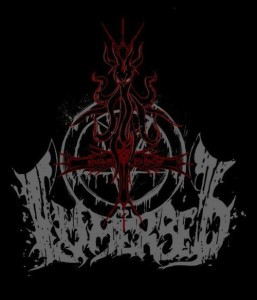 Immersed is a band from Ottawa, Canada, that we checked out following a friend request from them on MySpace. That’s a photo of them at the top of this post. They have a debut album coming out on September 3 called In the Ire of Creation. Two songs from the album are streaming on their MySpace page. You can also hear those two songs on the widget we’ve embedded below.

The music reminds us of the almighty Fleshgod Apocalypse and the equally almighty Decapitated. It’s faster than a cheetah at dinnertime. It leaps like a hare with its ass on fire. If it don’t wake you the fuck up, then it’s time to call the morgue. We’re panting for the release of that album. 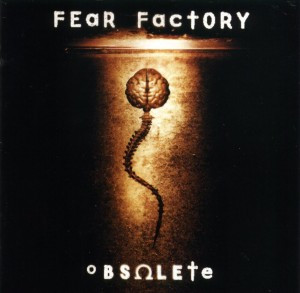 The second course of your treatment involves bass drops. In a previous post, we were confessing our love for them after getting hammered by All Shall Perish at the SUMMER SLAUGHTER tour last weekend. One of our readers (“Dan”) added a comment, explaining that those giant bass waves are called 808 drops because they used to be done with the Roland TR-808 drum machine, though the sound is now produced (as All Shall Perish did it) by triggering a sample on an electronic drum pad.

That sound has become a fixture of deathcore breakdowns, and some death-metal purists undoubtedly sniff haughtily (or more likely hock a loogie) at the use of it, but we sure dig it. And it seems like just the right follow-on to those Immersion tracks as a way of getting the blood pumping on an ass-dragging Saturday.

One of our NCS collaborators, Alexis, pointed us to Fear Factory’s “Shock” (from the 1998 album, Obsolete) as an early example of that 808 kick-drum effect in extreme metal, and Dan suggested a few other choice examples — “Meticulous Invagination” by Aborted and “Entombment of A Machine” by Job For A Cowboy. There’s tons more examples out there, but these three will do nicely. Click and drop:

Job For A Cowboy: Entombment Of A Machine

UPDATE:  If you want to explore bass drops a bit further, we’ve added something after the Goatwhore video. 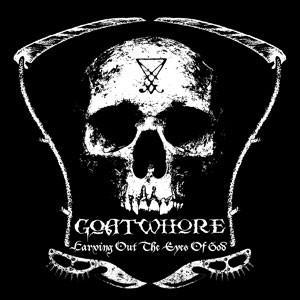 And for your third course of treatment, this song popped into our heads, because it’s just such a fucking awesome riff injection — evil and nasty and still as groovy as you could want. By the inimitable Goatwhore, of course.

It’s the final stun-gun shot to the dorsal part of your cerebrum. After you listen to this, you should now be fully alert and ready to face the day — or passed out on the floor in a pool of your own vomit.

Please send your co-pay to us promptly. We’ll bill your health insurance carrier for the balance of our fees. (Next Saturday morning, you can avoid these expenses by just moistening your finger and jamming it into a light socket.)

Go on, admit it. You didn’t get enough bass-drop action from those three songs we offered up above. So, courtesy of our Dutch blog brother Niek at Death Metal Baboon, we have this video, which stitches together just the bass-drop portion of dozens of extreme metal songs. It’s heavy on the deathcore, but also includes choice excerpts from the likes of Hour of Penance, Strapping Young Lad, and even that Fear Factory song we featured up above.

Find a machine with a sub-woofer and crank it up.