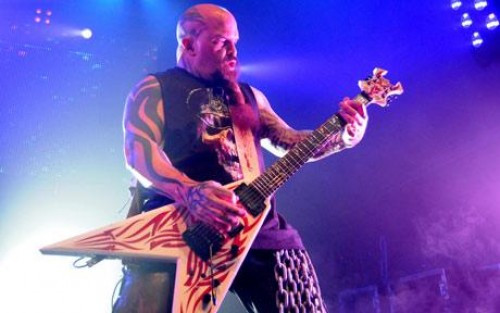 UK’s Telegraph reports this morning about an article written by the Rev. Rachel Mann, an Anglican priest at St. Nicholas church in Burnage, England, in a publication called Church Times. It’s about metal, and it’s probably not what you would expect from a priest. Granted, our impression is that the Anglican church is somewhat more tolerant and somewhat less judgmental than many institutional forms of religion, but still, Rev Rachel’s article is a refreshing change of pace.

Nevertheless, we thought it was worth re-printing the Telegraph piece, along with our own running commentary, and of course some musical accompaniment. We also invite you to comment, because we have a feeling this will inspire some thoughts — so don’t keep ’em to yourselves.

Christians could learn a lot about life from heavy metal, says cleric

The Rev Rachel Mann claims that the much-maligned form of music demonstrates the “liberative theology of darkness”, allowing its tattooed and pierced fans to be more “relaxed and fun” by acknowledging the worst in human nature. She says that by contrast, churchgoers can appear too sincere and take themselves too seriously.

This is a defense of metal from an unusual quarter — not that we feel metal needs to be defended, by anyone, especially priests. Sure, sometimes it’s frustrating to hear people who don’t know the first thing about metal condemn it, but usually that frustrated feeling passes quickly, because, basically, we don’t give a fuck what non-metalheads think about our music. On the other hand, we’re not sure we agree with Rev Rachel’s defense.  (more of the Rev’s thoughts, and ours, after the jump . . .) 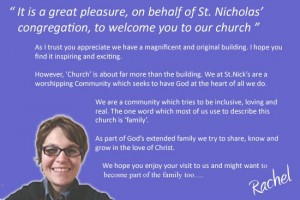 The priest admits that many will be “concerned” about metal lyrics praising Satan and mocking Christianity, but insists it is just a form of “play-acting”.

Miss Mann, priest-in-charge of St Nicholas’s, Burnage, writes in this week’s Church Times: “Since Black Sabbath effectively created it in 1969 by using the dissonant sound of the medieval ‘Devil’s chord’, heavy metal has been cast as dumb, crass, and on, occasions satanic; music hardly fit for intelligent debate, led alone theological reflection.

“And yet, as both priest and metal musician and fan, it strikes me that the Church, especially at this agonized time, has a serious gospel lesson to learn from this darkest and heaviest music.”
Miss Mann says that heavy metal songs, characterized by distorted guitar sounds, “intense” beats and “muscular” vocals, are “unafraid to deal with death, violence and destruction”. 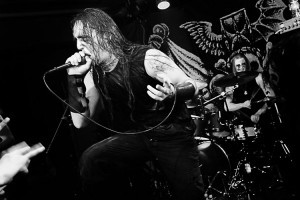 “Unafraid to deal with death, violence and destruction”? Yeah, you could definitely say that. Can’t wait to see what “gospel lesson” she has in mind.

Its “predominantly male and white” fans “generally like tattoos and piercings” but are “graceful, welcoming and gentle”.

“The music’s willingness to deal with nihilistic and, on occasion, extremely unpleasant subjects seems to offer its fans a space to accept others in a way that shames many Christians.
“Metal’s refusal to repress the bleak and violent truths of human nature liberates its fans to be more relaxed and fun people”.

“Graceful, welcoming and gentle” probably overstates the case, but I’m beginning to get where she’s coming from. We definitely want other people to give us space to be who and what we want to be, which usually is something different from the norms of society at large. But metalheads can also be pretty fucking judgmental, even about kinds of metal they don’t like. The “tattoos and piercings” thing is also a bit of a stereotype. I’ve got lots of tats, but I know lots of metalheads who have neither ink nor piercings.

I guess the “gospel lesson” she wants to draw from metal is to be less judgmental and more accepting of other people. Can’t disagree with that lesson. Problem is, religion itself (of all stripes) is the root cause of all sorts of destructive intolerance. The problem runs a lot deeper than getting your panties in a bunch over Slayer. 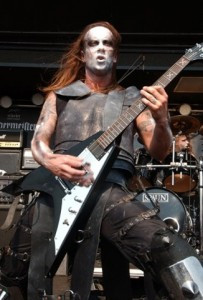 She goes on to claim that “metal has no fear of human darkness” and while some Christians are similarly unafraid, “many are yet to discover its potential as a place of integration”.

Miss Mann quotes lyrics by the famous thrash metal band Slayer that describe Christianity as an “abortion” and state: “I’ll take the devil any day, hail Satan.” But she claims: “Much of metal’s fascination with Satan or evil is play-acting, driven by a desire to shock. Metal invites Christianity to be less afraid of wildness and the ridiculous.”

Putting aside certain Norwegian black-metal artists, she’s probably right, for the most part, about the play-acting thing. As for that last sentence, what do you think? I wish people in general were less afraid of things they don’t understand, but mainly I wish they would just stay the fuck out of the lives of people who don’t subscribe to their beliefs.

She says metal festivals such as Sonisphere, where she saw Iron Maiden play last month, are modern versions of the Feast of Fools held in England in the middle ages, where “excess and anarchy” were allowed for a day.

Miss Mann says she worries that Anglicans have made their faith “too reasonable and ordered” rather than passionate.

“I am not suggesting that as Christians we have all had a humour bypass, but we are inclined to take ourselves too seriously even when we are having fun.” 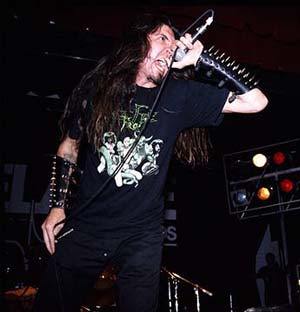 Maybe Rev Rachel is right about Anglicans. I wouldn’t know. But here in the U.S., the problem with many Bible-thumpers is that they’re too fucking passionate. I’d be quite happy if they were more reasonable and ordered. I’d be even happier if they’d keep their opinions to themselves.

Rev Rachel seems like a good-hearted person, and I’m not blaming her a bit for defending metal or for trying to get Anglicans (or Christians generally) to chill out when it comes to extreme music and metalheads. She also seems to recognize that music which is liberating is a good thing.

But I have a feeling her words will fall on a lot of deaf ears, and lots of those ears have been deafened precisely by too much faith-based certainty and intolerance.

Liberation requires more than listening to liberating music, and unfortunately, teaching people to think for themselves isn’t on the curriculum of most churches, Anglican or otherwise.

Here’s your musical accompaniment for this rant.

Goatwhore: Carving Out the Eyes of God

18 Responses to “RELAXED, FUN, AND SATANIC”