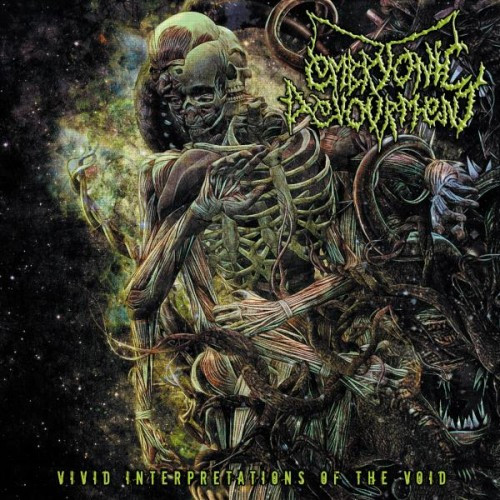 It’s difficult to know whether to take this seriously:  Northern California’s Embryonic Devourment dedicates their new album, Vivid Interpretations of the Void, “to the people helping to expose the reptilian agenda,” specifically including David Ickes, Zulu shaman Credo Mutwa, conspiracy theorists Phil Schneider and Alex Jones, and “The Sumerians”.

If you don’t know, David Ickes is a British writer, speaker, and former media personality whose writings argue that shape-shifting alien reptoids have been controlling the course of human events for thousands of years and have inserted their own genetically compatible humanoid slaves into positions of power.

Embryonic Devourment’s fixation with the reptilian threat goes well beyond the album dedication. Lyrically, the songs are all about that, too — that and nothing else: Shape shifters “killing people fast”, the controlling dominance of “eternal ancient gargoyles,” the “messages lying beneath older worldly tablets,” the intertwining “of repto ancestry through history,” “lizard eyes pierc[ing] your mind hypnotized,” and more.  The album as a whole stands as a warning to the merely human: “Beware thy master god of disaster.”

Stranger things than this have inspired musicians, though this is certainly strange enough. But hey, we’re keeping open minds about the reptilian agenda. We run across people almost every day who act like reptoids. Who knows? Maybe they really are.

Plus, we’re keeping open minds as a show of respect for the music — which is an inventive and strangely pleasing amalgamation of cathartically extreme styles. (more after the jump, including an ear-grabbing song . . .) 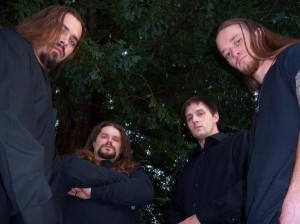 Oh, but that’s not all. Let’s not forget the guitar solos — the crazy jazz-like riffing on “Militarized Reptoids”, “Eye of the Horomatangi”, and elsewhere, or the mid-paced, soulful  solo within “We Are Chitauri”. “Cleansing the Infinite” also deserves special mention — it embodies the same shotgun marriage of technical death metal and jazz stylings with some extremely cool bass plucking and lead guitar insanity. It’s an all-out display of technical virtuosity.

And then there’s the last two minutes of “Perceiving the Multidimensiona,” which is a jazzy jam of instrumental metal that starts from a dead stop after the blowtorch beginning of the song has spent itself.

This supercharged machine lurches and veers like an off-course hydroplane that has penetrated an interdimensional membrane. The guitars scream and moan and pelt like a hailstorm on a metal roof. The bass thunders and rips and grinds and swirls like a lead guitar. The drums clatter and rapid-fire on full auto and detonate like an avalanche of grenades. The gravelly vocals bark and gurgle and vehemently proclaim the threat of the reptilian sun god. 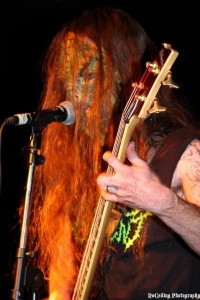 If this were simply a groove-less display of technical virtuosity, that would be fine with us, because the playing is so imaginative. But, lo and behold, the god of groove has infected this music, and even the sister goddesses of soulful melody and prog-metal inventiveness make big appearances, respectively, on “We Are Chitauri” and “Perceiving the Multidimensiona”.

We have a feeling Embryonic Devourment are dead serious about the reptilian threat. Even so, even so, the music is just fucking hot shit and should be heard, by many people. But mainly by people who are not reptilian slaves. Here’s an example:

Embryonic Devourment: We Are Chitauri

Vivid Interpretations of the Void was recently released on DeepsEnd Records and can be acquired as a CD at this location.