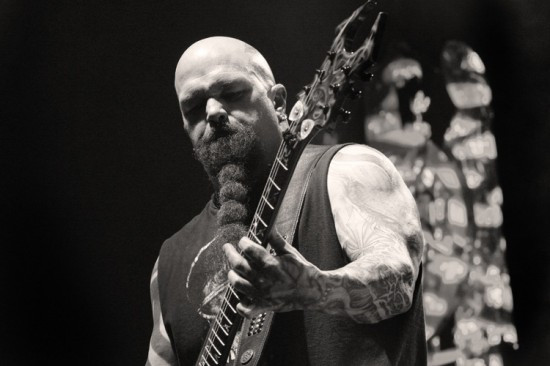 Who hasn’t heard of Slayer? Even non-metalheads who’ve never heard Slayer’s music have heard of Slayer. (Though most of those people are ministers.) The band created ground-breaking music and have been vastly influential on the development of generations of bands, but they also had the inspiration to pick one of the best metal band names of all time.

That same talent for name selection is recognizable in the other members of the so-called “Big Four”: Metallica, Megadeth, and Anthrax. Wholly apart from the music, those one-word names are fucking metal.

How much does it help to have a badass band name in the microcosm of metal? I’m really not sure. What if the music of the “Big Four” had sucked ass? What if they had appeared on the music scene and then rapidly sunk beneath the waves like dense turds, never to be seen or heard from again, and taking their awesome names down into the depths with them?

That could have happened, because I don’t think picking a great name means your music will be great, and all those great names would have been lost to the world of metal forever. On the other hand, if Slayer had called themselves Behold the Arctopus or Attack! Attack!, would the music have somehow become worse? Would Slayer have become less popular? Picking a sucky name doesn’t necessarily hurt your chances if the music is good.

We’ll kick around some examples after the jump, and then we’ll invite your participation . . . 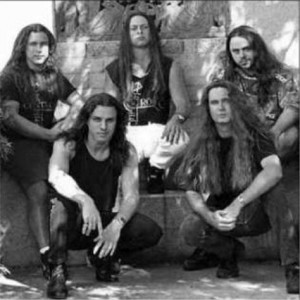 Aside from “The Big Four”, other bands have picked great one-word names and have also churned out music that matches up nicely with the killer connotations of those names. To list a few that readily come to mind: Death (of course), Carcass, Immolation, Immortal, Venom, Behemoth, Bloodbath, Obituary, Entombed, Exodus, Kataklysm, Enslaved, Dissection, Grave, Unleashed — and more recently, Unearth, Psycroptic, Carnifex, Decapitated, Tombs, Howl, Goatwhore.

And, of course, how could we forget the immortal Blastanus?

All of these are badass names for badass bands, but I’d probably still listen to their music even if they were called Miss May I, which is a really awful name for a band that actually plays decent music. Which brings us to the next category . . .

There have certainly been bands who have achieved popularity for their kick-ass music despite having picked off-putting, meaningless, or downright awful names. 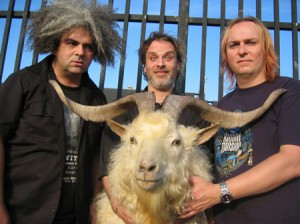 Take Melvins, for example. Awesome music, but the band’s name makes me think of a pair of cretinous, in-bred cousins with identical names who drool and break wind at inappropriate times.

Between the Buried and Me: Great band, but if you knew nothing about the music and you heard that name, would you wanna dive right in to their tunes or run away? What kind of name is that anyway? What does it even mean? What is between the buried and you?  Dirt?

Meshuggah? It goes too far to call that an ass-sucking name, but the only reason we don’t laugh at it is because the band’s music made such a heavy mark on the scene and continues to be widely copied. It’s an interesting spelling of the Yiddish word for crazy, but how many metalheads even know that? And for those who do, do you think it’s a metal name?

I don’t have any idea what Scar Symmetry is supposed to mean. I guess being scarred can be metal, but what do symmetrical scars have to do with anything? Same issue with Veil of Maya: it’s a very good band, but the name, at least on its face, is meaningless.

MyChildren MyBride? What about your children and your bride? And can you not afford spaces to separate the words?

And I’m sorry, but as much as I like Norma Jean, in what universe is that a name for a metal band? I suppose it’s better than Bobbie Sue, but still. And Naglfar?  In general, I think it’s best to avoid names that have three consonants in a row. It sounds too much like throat-clearing.

Strapping Young Lad was a brilliant band, but that’s another example of music that succeeded in spite of a truly awkward, non-metal band name. We could go on, but time for the next category . . . 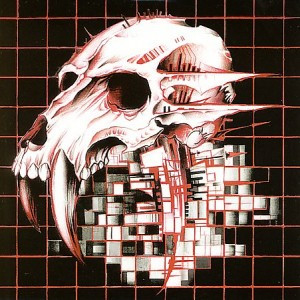 I never really got into the music of Behold the Arctopus, but I remember the name because I can’t imagine the discussion that led to that epiphany, or what kind of intoxicants were in use at the time. Did the name just spring forth fully formed, like Athena from the brow of Zeuss?  (Dude #1: I’ve got it! We should call ourselves “Behold the Arctopus”! All other dudes: Fuckin’ A! Awesome name!)

Or did the words magically come together in collaborative effort, like the magical union of, uh, Ozzy and Sharon Osbourne? (Dude #1: We should call ourselves “Behold the . . .somethingorother.” Wouldn’t that be cool? We just need to figure out the last word. Dude #2: I’ve got it! Arctopus! All other dudes: Fuckin’ A! Awesome name!)

Then there are those bands whose names the fans don’t know how to pronounce and therefore make up their own widely varying pronunciations rather than spend the hours of internet research necessary to nail it down accurately. Like Eluveitie, or Negura Bunget, or Kivimetsan Druidi, or my personal favorite, Drudkh. These are not names that roll off the tongue.

Equally perplexing are all the Latin band names. For example: Disarmonia Mundi, Mors Principium Est, Ne Obliviscaris, Omnium Gatherum, Odem Arcarum. I like all those bands, but are there any schools that still teach Latin? And how many metalheads do you know who are conversant in that great but completely dead language? I can pretty much guarantee that if Slayer had chosen Mors Principium Est as their name, their fans would have been calling them “MPE” in no time at all. 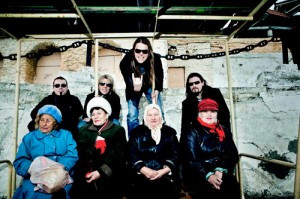 Some band names are perplexing because they seem to be a mismatch with the music. Apocalyptica is a good example. I heard the name before I heard the music, and what I expected wasn’t what I got.  I do like Apocalyptica’s music quite a bit, but it’s not nearly as brutal as that name would suggest.

I’m sure I’m overlooking lots of other examples of bands in each category — so please feel free to add to the lists in the comments. And even better, if you can name bands with badass names whose music is mediocre or worse, we’re all ears.

Maybe some day we’ll talk about bands who changed their names, like Phladelphia’s Rumpelstiltskin Grinder did just the other day. Their old name seemed perfectly fine to me, though it did have a lot of syllables, but they’re now calling themselves The Devil. And I thought that name was taken.

P.S. That very eye-catching photo of Slayer’s Kerry King at the top of our post is a shot by Jacqueline Cheng from a collection of photos she took for MetalSucks of Slayer, Megadeth and Testament on their American Carnage run when it stopped in New Jersey on August 12th.  More of her excellent photos from that show can be found here.