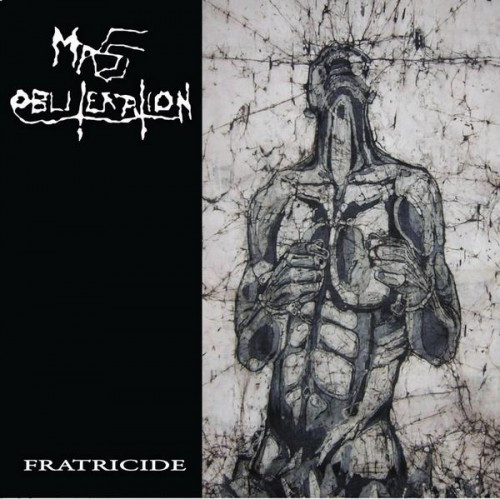 But not calmed by the music. The music makes us feel jittery and slightly deranged. It’s a deep throwback to early-90’s death metal, with powerful connections to albums like Incantation’s debut, Onward to Golgotha, or the early works of Immolation and Grave. Are you ready for “a grinding onslaught of rotten anarco-death metal”? If so, then Mass Obliteration is just the ticket for you.  (more after the jump, including a track from that EP . . .) 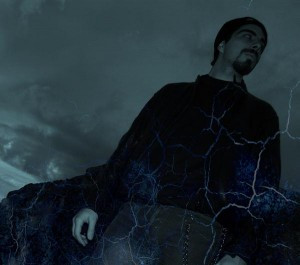 Mass Obliteration was started in 2006 by two cousins, Andrea Lisi (vocals, bass) and Luca Zamberti (drums). After filling out the band, they self-produced one EP in 2007 called Abrahamithic Curse, and earlier this year they gave birth to a second, called Fratricide.

The four songs on Fratricide are loaded with massively downtuned, dissonant guitars that grind and scrape and steamroll the landscape in complex rhythmic patterns, plus occasional brief guitar solos that erupt like an acetylene torch. Bruising drum fills rumble in the background, but without excessive reliance on blast-beats and double kicks. The bass must be in the mix somewhere, but the guitars are tuned so low it’s hard to separate them from the bass.

As for the vocals, you could mistake them for the likes of John McEntee (Incantation) or Ross Dolan (Immolation). They’re deep, brutal, and unforgiving — a sonic wash of bestial roaring.

The production of the EP is also a throwback. It yields a sound that’s completely raw and even muddy. Listening to the EP is like opening the door only to find that someone has just thrown a running chainsaw straight at your head. 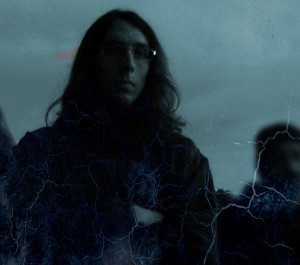 We mentioned the seriousness of the lyrics. “Mashom” is about the plight of Palestinians in Israel. “The Remains of Hate” and “Lathe Biosas” (meaning “live secretly” — the motto of Epicurus) are about senseless violence and wars spawned by hate and prejudice, and “Nekare” is about the brutality inflicted on the people of Uganda by Joseph Kony and his “Lord’s Resistance Army”. You can’t hear the words, but the lyrical themes are clearly a part of what makes this band tick.

Mass Obliteration’s music is an uncompromising testament to the early days of Swedish and New York death metal. Fratricide doesn’t dress up the basic template in new garments, but simply keeping that tradition alive is not a bad objective, at least not in our book.

Here’s a song from the Fratricide EP for you to check out:

Mass Obliteration: The Remains of Hate

You can legally download Fratricide for the princely sum of $1.50, or any song on the EP for $0.42, at Crimes Against Humanity Records. And if you go here, you’ll find a link for free download of Mass Obliteration’s first EP, Abrahamithic Curse.