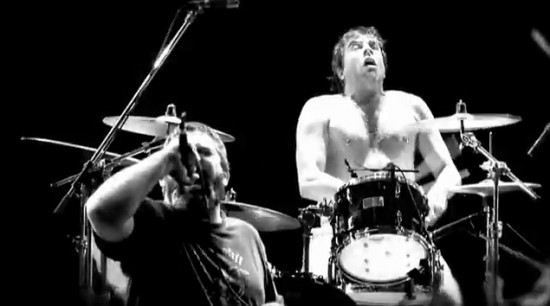 I had a difficult experience last night. The evening started with tequila shots and continued with margaritas. The excuse to get soaked in the juice of the agave was an annual get-together of all the people I work with, which usually turns into a blow-out. Last night was no exception. The only difference is that this time, I didn’t require hospitalization by the end of the night. This morning is a different story. I’ll be calling 911 as soon as I get this post finished.

Before I reached the point of no return and was still able to carry on a conversation (otherwise known as “authentic frontier gibberish”), I started talking about music with someone I’ve known since the last geologic epoch. He’s never listened to extreme metal, and his mental image of metal appears to have stopped evolving somewhere around the high point of Def Leppard’s career.

I’m not sure he and I have ever talked about music, but in any case, he didn’t know about my addiction to the kind of music we cover on this site. He asked me to name a few bands, and I tried to come up with some of the most popular ones, hoping one would ring a bell (I mentioned Slayer, Lamb of God, and Mastodon), but the names meant nothing to him. He persisted — he was genuinely interested in trying to understand what the music sounds like and why I like it.

Now put yourselves in my shoes and imagine the challenge of trying to answer that question. I assume it’s akin to explaining “blue” to a person who’s been blind from birth, or maybe trying to explain Brutal Truth to a metalhead who doesn’t get the attraction of grind — and attempting to do those things while being about two and a half  sheets to the wind.   (more after the jump, including a new Brutal Truth video . . .) 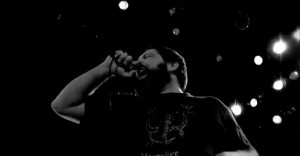 Where to start? The first mental problem I ran into (in addition to the usual ones) was deciding which kind of sub-genre to describe. To an uninitiated outsider, death metal and melodic death metal and metal core and black metal and progressive metal and viking metal (and so on) would probably all just sound like an indistinguishable mass of noise. But to you and me, there are significant differences, and you could never hope to capture all that variety with some high-level generalization.

But that’s what I tried to do. And it was just embarrassingly pathetic. I was stunned at my inability to come up with any kind of description that made any sense. I stammered about blast beats and double-kicks and speed. I tried to explain what “downtuned guitar” means. I attempted to describe guttural growling and black-metal rasping and hardcore howling and metalcore shrieking.

The more I went on, the more concerned he looked. It was as if I’d started speaking in tongues. When I tried to explain that a lot of the music was also catchy and “melodic”, I think his eyes crossed briefly. 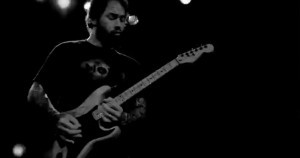 Eventually I just stopped. He said he couldn’t really imagine what the music sounded like, and he asked me why I liked it. Given the kind of ridiculous descriptions I had given, that was a logical question. And of course it gob-smacked me all over again.

I floundered around, talking about the high energy and the physical force and the capacity of the music to drive all other thoughts out of your head — and then I gave up again and ordered another margarita. I don’t remember where the conversation went after that.

I have the same feeling of inarticulate stupidity when I try to explain, even to metalheads, the attraction of grindcore. To me, grind takes most of the inexplicable things I like about extreme metal and just pushes them further out — and makes them even more inexplicable. Grind isn’t my favorite kind of metal, and I don’t listen to it every day, but when I just want to lose my mind in a maelstrom of energy and sound, grind is usually where I go.

This just-released video of Brutal Truth performing “Sugar Daddy” live in Japan last December lights me up like a Roman Candle. Don’t ask me why. It’s inexplicable. I also can’t explain why Kevin Sharp prefaced the song by reciting a nursery rhyme (Humpty Dumpty) or why he tried to eat the mic later in the song. Some things just can’t be explained.

What would you say if someone who knew nothing about metal asked you to explain it, or to explain why you like it? What gateway band would you recommend to such a person? (I recommended Mastodon to my friend; he will undoubtedly take my recommendation with a grain of salt.)