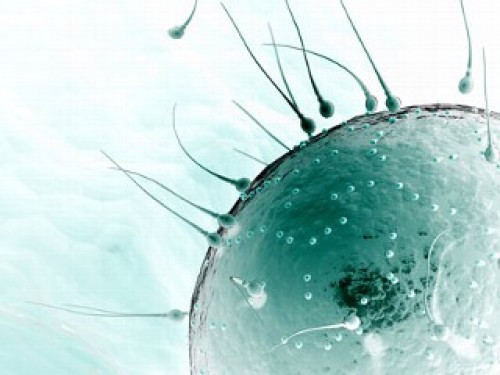 We’re in a bit of a hurry this morning, so we’ve only got two stories for you in this installment of THAT’S METAL!, but they’re doozies.

By now, you know the drill: We periodically leave the world of metal to see what’s happening in what some misguided souls call “the real world” — that is, the fucked-up world that surrounds us but that we here at NCS do our best to ignore most of the time. We look for news items that cause us to exclaim, “Fuck! That’s metal!” — even though it’s not music.

Our two stories for this installment of the series are connected (or at least in our cross-eyed view of things, they seem connected). You’ll see why we think that. Also, they allowed us to continue using alliteration in our post sub-titles for this series, and that makes us happy. So does pulling the wings off flies.

As usual, we’ll include our own ignorantly juvenile and utterly tasteless commentary along with the news reports themselves.

This first piece of attention-grabbing news was brought to our attention by the sharp-eyed ElvisShotJFK, one of our regular commentators here at NCS. The original story seems to have broken much earlier in the year, but it’s just too damned juicy to pass up. With a headline like this, how could we possibly ignore it?

(more after the jump . . . and you know you can’t resist reading more)

A strange tale of oral sex, a knife fight and the most unlikely of pregnancies recently brought to light by the blogosphere has doctors touting the triumphant persistence of sperm.

In 1988, a 15-year-old girl living in the small southern African nation of Lesotho came to local doctors with all the symptoms of a woman in labor. But the doctors were quickly puzzled because, upon examination, she didn’t have a vagina.

Well fuck, that’s a new one, isn’t it? A girl with no vagina. You’d think maybe her parents would have sought medical consultation about this condition before she turned 15. Or maybe they were the kind of parents who thought this was a blessing. Y’know, there’s a lot less for daddy to worry about when his daughter enters puberty without a vagina.

We’re glad the doctors were “quickly puzzled” by the girl’s lack of a vagina. If they had become puzzled only after a few hours or days, that would have caused us some doubts about the quality of medical care in Lesotho.

“Inspection of the vulva showed no vagina, only a shallow skin dimple,” so doctors delivered a healthy baby boy via Caesarean, the authors wrote in a case report published in the British Journal of Obstetrics and Gynaecology.

They did what?!? They cut open her abdomen and delivered a baby? How the fuck did a baby get in there? Wonder if they were quickly puzzled by that?

The girl arrived at the hospital with an empty stomach — and therefore with little stomach acid around — and doctors found two holes from a stab wound that opened her stomach up to her abdominal cavity. The case report said doctors washed her stomach out with a salt solution and stitched her up.

“A plausible explanation for this pregnancy is that spermatozoa gained access to the reproductive organs via the injured gastrointestinal tract,” the authors wrote.

Now, let’s see if we’ve got this right: Girl goes down on her new boyfriend. Old boyfriend catches them in the act, but not before girl has ingested some life-giving nutrients, otherwise known as sperm. Sperm are happily swimming around girl’s stomach while old boyfriend starts a knife-fight.

Girl gets knifed in the stomach. Happily swimming sperm spot the holes in girl’s stomach and swim for daylight, wriggling their way out of the stomach and somehow finding their way to girl’s uterus. Somehow, sperm also find eggs and successfully fertilize them. What can you say?  That’s just fucking metal.

“It’s a long way from the stomach into the lower abdomen, it’s a heck of a trip, but they made it,” said Paulson. “You just need sperm somewhere in the area of an egg.”

Life always seems to find a way, doesn’t it? In fact, you could say the same thing about all the life forms on Earth, starting from some single-celled organisms swimming in the oceans billions of years ago: It’s a heck of a trip, but they made it.

Our second item is a much more recent piece of news, and it’s ground-breaking on a much grander scale than the triumphant story of those sperm in Lesotho.

Could ‘Goldilocks’ planet be just right for life?

WASHINGTON – Astronomers say they have for the first time spotted a planet beyond our own in what is sometimes called the Goldilocks zone for life: Not too hot, not too cold. Juuuust right.

Not too far from its star, not too close. So it could contain liquid water. The planet itself is neither too big nor too small for the proper surface, gravity and atmosphere.

Now that’s pretty fucking metal, isn’t it? We’re not too sure about calling planets like this “Goldilocks planets”. Not really a very metal name for a place that seems just right for the emergence of life. Wasn’t Goldilocks the whiny little bitch that didn’t like bears eating her porridge and sleeping in her bed?

The new planet sits smack in the middle of what astronomers refer to as the habitable zone, unlike any of the nearly 500 other planets astronomers have found outside our solar system. And it is in our galactic neighborhood, suggesting that plenty of Earth-like planets circle other stars.

Finding a planet that could potentially support life is a major step toward answering the timeless question: Are we alone?

I suppose it’s nice to have some evidence which suggests we aren’t alone, but to me, it’s never really seemed plausible that Earth is the only planet in existence where life has evolved. I mean, it’s a big fucking universe, right? What makes us so special?

Scientists have jumped the gun before on proclaiming that planets outside our solar system were habitable only to have them turn out to be not quite so conducive to life. But this one is so clearly in the right zone that five outside astronomers told The Associated Press it seems to be the real thing.

It is about three times the mass of Earth, slightly larger in width and much closer to its star — 14 million miles away versus 93 million. It’s so close to its version of the sun that it orbits every 37 days. And it doesn’t rotate much, so one side is almost always bright, the other dark.

Temperatures can be as hot as 160 degrees or as frigid as 25 degrees below zero, but in between — in the land of constant sunrise — it would be “shirt-sleeve weather,” said co-discoverer Steven Vogt of the University of California at Santa Cruz. Vogt believes “that chances for life on this planet are 100 percent.”

Okay, so maybe there’s life on this planet. But maybe that just means Earth and this planet the astronomers are calling Gliese 581g, orbiting a star that’s relatively close to our solar system, are the only two in the galaxy that can support life as we know it. Sure, and if you believe that, we’ve got some land in the Everglades we’d like to sell you.

That close proximity and the way it was found so early in astronomers’ search for habitable planets hints to scientists that planets like Earth are probably not that rare.

Vogt and Butler ran some calculations, with giant fudge factors built in, and figured that as much as one out of five to 10 stars in the universe have planets that are Earth-sized and in the habitable zone.

With an estimated 200 billion stars in the Milky Way galaxy, that means maybe 40 billion planets that have the potential for life, Vogt said.

“It’s pretty hard to stop life once you give it the right conditions,” Vogt said.

Yes indeed. In fact, as those mighty sperm-swimmers in Lesotho have proven, it’s pretty hard to stop life even when you don’t give it the right conditions.

Here on our own planet, human beings seem to be doing their damnedest to imperil and snuff out life in all sorts of ways, both negligent and intentional. That kind of depressing news just litters the “hard news” headlines on a daily basis. But stories like the two we’ve featured today provide just the tiniest bit of comfort: Life does find a way to emerge and survive, on both small and grand scales — and that’s fucking metal, isn’t it?