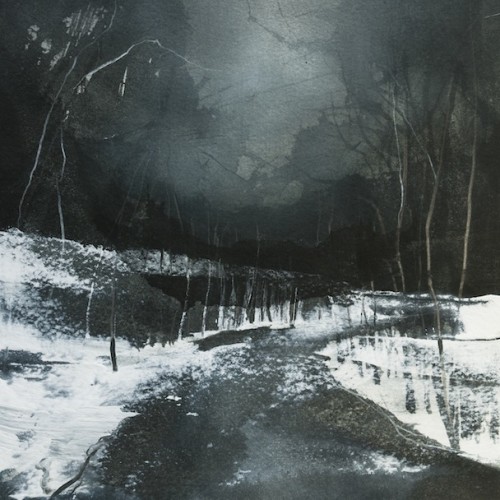 Late last week we decided to start running a series of posts on long songs that actually warrant the time required to consume them.  All of the songs we have in mind are quite recent releases from quite interesting bands.  Our first installment was a 16+ minute song by Hull. Today, we’ve got one that’s almost 12 minutes long. It’s called “The Watcher’s Monolith” and it will appear on the forthcoming album by Oregon’s Agalloch.

Agalloch is a blazingly talented underground band with a global cult following that seems to care very little about self-promotion.  They create their music with devotion to detail, they release it when they’re ready and not before, and they’re constantly exploring. If by chance you’re not familiar with Agalloch, they’re not easy to shove into a genre pigeon-hole, in part because the music has evolved so significantly over the course of their discography. To varying degrees, they incorporate elements of black metal, folk metal, pagan metal, progressive rock, and — well, maybe you get the idea.

Agalloch’s new album, Marrow of the Spirit, will be released on November 23 via Profound Lore Records. This will be the band’s fourth full-length release, and of course it’s highly anticipated in certain circles (including the somewhat oblong circle here at NCS). In the run-up to that release, Agalloch’s John Haughm granted an interview to Stereogum, and in conjunction with that interview, Stereogum debuted “The Watcher’s Monolith” two days ago. In a word, it’s awesome.  (more after the jump, including the song . . .)

The song is a mid-paced, blackened rocker that packages lush melodies with headbanging rhythms. The song includes acoustic strumming, waves of electrified melodic chords, explosive drumming, vocals that veer from icy rasps to ghostly whispers to clean singing, shooting-star guitar solos, a general ebbing and flowing of aggression, and at the end, a solitary piano melody (performed by Vindensang’s Jeffrey Neblock) accompanied by the “singing” of crickets. If you’re like us, the melodies in this song will become firmly rooted in your head.

The band recorded and mixed the album on analog using vintage gear during the months of July and August in Portland, Oregon. The album will be more than an hour in length, and if the rest of it is in the league of this first song, it is likely to be Agalloch’s best work yet. Here’s “The Watcher’s Monolith” — and for more info, check out that interview at Stereogum (here).

Here’s the track list for Marrow Of The Spirit: