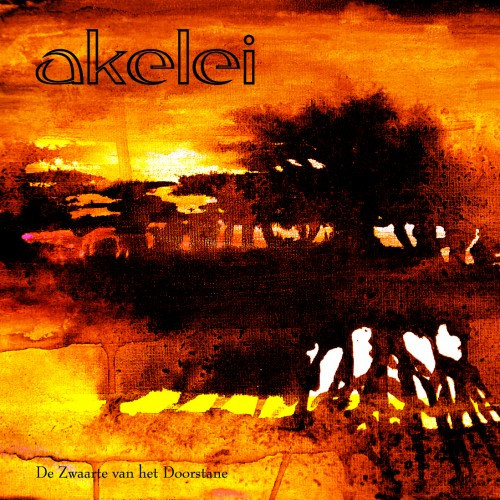 Late last week we started a mini-series of posts on long songs, because coincidentally we came across a group of metal bands with recent releases of music that included longer-than-average songs. And of course it doesn’t take much to launch us off on a tangent.

The music of Akelei is doom. As you will know if you’re a regular NCS reader, doom metal isn’t a genre we spend much time covering. That’s because we’re not big fans of doom. And since we’re not big fans, we’re pretty ignorant about the genre. Or, to be precise, we’re even more ignorant than we are about everything else.

Akelei have been in existence since 2006, and in that time have produced a 2008 demo, a 2010 single called “Dwaaluur”, and, as of about 3 days ago, a debut full-length album called De Zwaarte Van Het Doorstane, which is Dutch for . . . something.  Google Translate says it means “The Gravity of Weathered”, but we’re pretty sure something got lost in that translation.

What we do know is that the album is almost 55 minutes long — and includes only five songs. In many ways, it’s the opposite of what we usually like — but man, have we been hypnotized by this music.  (more after the jump, including a long song to hear . . .) 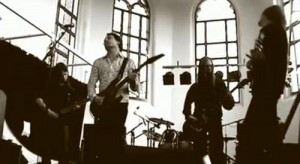 The particular song we’ve chosen to feature is called “Verlangen”, which according to Google Translate means “Desire”. It’s 11 minutes, 16 seconds long. It’s slow. It’s the opposite of the brain-scrambling music we usually prefer. It’s like brain un-scrambling music. But it’s still emotionally powerful — and intense in its own way.

The song captures and releases a melody that infiltrates the mind. You can feel it swimming through that lump of electrified matter within your cranium. Big, shimmering guitar chords cascade down like waves of wind-blown rain. Keyboards link hands with the guitars at the beginning and again in the last two minutes, helping to establish the powerful, moody melody. The drums aren’t acrobatic, but the variation in the rhythmic patterns is quite noticeable over the repeating guitar chords, and to our ears were just absolutely right.

The vocals are clean — but just to show you how far we’ve taken leave of our senses, we liked them a lot. Misha Nuis has a simple, unpretentious baritone that’s clear and strong. It conveys the melancholy atmosphere of the music. And at about the 7:00 minute mark, it escalates in range and intensity in tandem with a crescendo in the music that’s very cool. 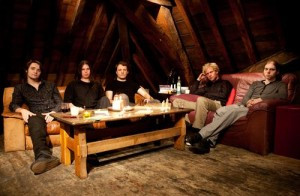 The song isn’t invigorating, but it isn’t depressive either. It immerses you in a melody that, depending on your own mood, could be mournful or contemplative or resigned, but fully alive. The lyrics are in Dutch, which we don’t understand, but what we feel, as the song title suggests, is the yearning of desire — but not the consummation of desire.

See what you feel when you hear the song.  Click and listen:

Now, here’s the really good part.  If you like this music, you can download De Zwaarte Van Het Doorstane for free at Akelei’s Bandcamp page. In fact, you can download that 2010 single, “Dwaaluur”, plus the band’s 2008 demo for the same price.  You can do that at this location.

Last, but not least, we thought the album cover art was way cool. It’s by Yara Jumelet. An image of the art comes bundled with the digital download.

Do us a favor — tell us in the comments if you think we’ve just been seduced by a succubus and lost all our usual demented objectivity. Or do you think this is as entrancing as we think it is? And if you’re a doom maven, tell us how this stacks up within the genre (since our knowledge of doom pretty much begins and ends with Paradise Lost).

P.S. The rest of De Zwaarte Van Het Doorstane is fucking good too.

P.P.S. We hope our Dutch blog brother Niek from Death Metal Baboon will enlighten us as to the meaning of the album title, and maybe some of the lyrics, too.

UPDATE: Our bro Niek provided this exegesis of the album title via e-mail: “‘Zwaarte’ means ‘heaviness’, or ‘weight’. ‘Het doorstane’ is ‘that which one has gone through’ or better yet, ‘that which one has weathered’. ‘Een storm doorstaan’ means ‘to weather a storm’. Loosely translated, it could also be an ‘experience’ if you will, though it doesn’t actually mean experience but is more of a descriptive term. So, you could translate it as ‘the heaviness of that what was weathered’, or simply ‘the weight of the experience’. The latter is more generic, as experience isn’t per se negative, while something that was weathered is necessarily a negative experience.”

ANOTHER UPDATE!  We got a very nice e-mail from Akelei’s Misha Nuis about this post. He did point out one error I made:  There are absolutely no keyboards in “Verlangen” or anywhere else on the album. My hearing is clearly even more fucked up than I thought it was. What sounded to me like piano tones at the beginning and end of the song must have been guitar arpeggios. Apologies for that goof!