[EDITOR’S NOTE: Today’s guest post is by ElvisShotJFK, one of our most faithful and interesting commentators. And this post, in our humble opinion, is just outright far-sighted. Seriously. Stay with it to the end. And if you’re not familiar with the Cube reference, go here.]

So, a while back, I was on my way to work, as I do several times a week. Nothing unusual about that, but I took a different route, having gone to the store beforehand. As I was walking along, I saw a peculiar sight and crossed the street to get a better look. To my surprise, it was a large cube in someone’s front yard. But it wasn’t any ordinary cube, although cubes on the grass aren’t exactly an everyday sight.

Yes, ladies and gentlemen… it was the Cube.

But why was it there? It had taken out a garden gnome, rather violently in fact. Cubes are good for that. I think the pink flamingos must have called in a hit on the smiling, bearded bastard or something. I took a picture of the grisly scene, but that picture is/was on a dead hard drive from a now dead computer. I wonder if simply having a picture of the Cube caused my computer to go berserk?

Anyway, after taking a few pictures, I suddenly had the urge to reach out and touch the Cube. Common sense should have told me not to do so, but it’s the Cube, for Cube’s sake! I blacked out for a while. When I came to, I found myself in different surroundings, but that wasn’t all. I had been transported ten years into the future.

No, the world doesn’t come to an end at the end of 2012. Sorry. In protest, misanthropic metalheads burned copies of Judas Priest’s Nostradamus because ‘that old, dead French guy got it wrong’. Of course, a lot of other people were upset, except the suicide cults, who weren’t around to be pissed about it.

Peer into the future, after the jump. . .

Even when the world didn’t die in 2012, people were still hesitant to add it to the list of Apocalypses that didn’t happen. After all, predicting stuff centuries or millenia in the future isn’t an exact science, not to mention complications due to leap years, different calendars and other factors that could cause the actual date of the End Of Days to vary. But time went by, still no end of the world.

Now, I probably could have looked up lottery numbers, results for big sports games, or the stock market and made a fortune when I got back, but I’ve seen enough movies with time travel in them to know that it probably wouldn’t have worked and may have made things worse. Besides, apparently people have tampered with events based on future knowledge before. Why else would Chinese Democracy have taken so long to be released?

While I’d love to tell you about the killer debut album from in a couple years or the kick-ass tour with 3 or 4 bands (depending on venue) that rolls through every state in the US, most of Europe and parts of Asia. From what I read, it was (er, will be) one of the most awesome things in music to ever happen. Some great stuff is to come. And some crap, too.

But I’m going to take the risk and tell you about some of the things that are to come. Some of these are probably going to happen no matter what, while others may be avoidable by telling you now. Since returning to the present day, I’ve forgotten a lot of what hasn’t happened yet, a known side effect of time travel. What I’m going to share with you covers a bit more than what’s usually covered on NCS, but I think it’s worth mentioning anyway. 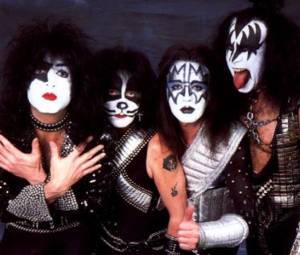 KISS is still selling out concerts, but Gene Simmons and Paul Stanley are no longer in the band. However, Gene continues to put the band’s name on anything he can think of.

Fred Durst‘s autobiography “My Life, Y’all” only reached #2 on the New York Times bestseller list, kept from the top position by “Lint”, Stephen King’s novel about a man who falls into his clothes dryer to find himself in the Land Of The Lost Left Socks.

Many new black metal bands are using colors other than black or white for their corpsepaint. Some hold on to tradition, but a few have started using white that glows in the dark. A few veteran bands have also followed suit.

Speaking of black metal bands, Watain have gained even more notoriety by performing a show in the United States that forced the CDC to put up a quarantine around the city that lasted a month.

Taking a gamble, PETA decided to start their own music label, signing a few dozen bands within the first couple months and luring several more away from their labels. This is commonly referred to as the birth of Vegancore, as it also marked a change in the material many of the bands played.

During a concert by Amniotic Dysentery Enema, animal rights activists dumped pigs’ blood all over the audience, who simply thought it was part of the show. When asked why they used blood instead of paint like others when doing the same thing, the leader said he thought it would be a better way to get the point across. That it happened at the concert of a band PETA was trying to get signed didn’t help matters any.

Given the still increasing popularity in vinyl, a few labels have started to issue albums on cassette again. No word yet about 8-Track or Reel-To-Reel releases.

Sludge metal band Slower Than Molasses released an album that lasted almost three hours, made with only ten played notes and some white noise. 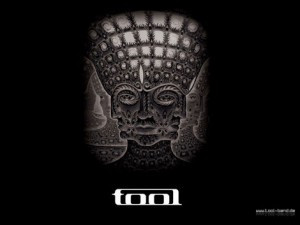 Tool released their fifth full length album. Apparently they’ve been trying to work on material for their sixth, but Adam Jones insists on creating the album’s packaging and layout first before recording anything.

During the VMA’s one year, Marilyn Manson and Lady Gaga appeared on stage together to quell any rumors about them being the same person.

During a heavy metal cruise, a band of pirates actually boarded the cruise ship and tried to take over. Nobody knows what happened to the pirates, aside from some shaky cell phone footage taken when the leader wandered into a mosh pit.

Steven Tyler‘s solo career came to a screeching halt after a Super Bowl halftime show, during which a ‘wardrobe malfunction’ occurred in front of a record-setting audience, both in attendance and watching at home.

Crabcore finally came to an end, thanks to all bands showing a sign of support for the Crab King himself. Robert Trujillo threw out his back during “Creeping Death”, which was so bad that he had to be put in traction for three months.

Chuck Norris was in the audience one night at some open-mic night and was invited on stage. He borrowed an electric guitar from one of the bands that had played earlier and found the brown note on his first try. Once again, the CDC was called in. 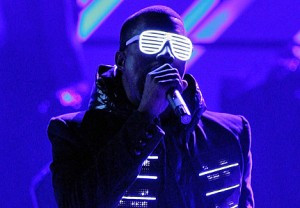 Forgetting his past mistakes, Kanye West rushed on stage after Slayer won another Grammy to state that The Bob Saget Slamdance Experience had the best metal album of the year. Once again, Kanye had to record material with his jaws wired shut.

While they did eventually release Worship Music, Anthrax went through more singer changes, including returns by John Bush, Dan Nelson and even Neil Turbin. Joey ended up back in the band again, but was later replaced by an unknown singer, who had to re-re-record vocals that had been already done and then re-recorded by Joey.

After recording material for three different bands he was in as well as mixing and producing albums for six other bands, Dan Swanö had a nervous breakdown and had to be institutionalized. He now spends his days in a padded room mumbling about ‘happy little trees’.

Italian band Fleshgod Apocalypse was maimed by drunken, tentacled robots that had somehow escaped from a private brewery and were terrorizing the NW United States.