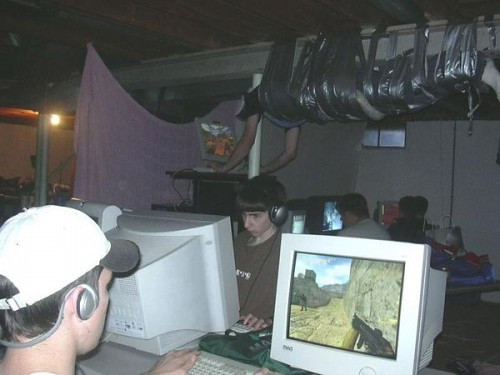 [EDITOR’S NOTE: Our temporarily Australian correspondent The Artist Formerly Known As Dan has another list for you today. He left out a few activities. We sure hope the comments fill in the holes . . .]

If you are like me (read: a nerd) then you tend to categorize everything, especially music.  Whenever I hear something new, I’m very quick to make a judgement about the overall sound and what type of music it is. Only, I’m not filtering it into one of those sub-genres that are constantly argued about on the internet. I’m thinking about if I like the music enough to listen to it again. If the answer is yes, then I think about when I would listen to the music again, and what the associated activity might be (don’t ask me how or why I do this – I probably have a problem).

Anyway, the point is, I think about music as something to augment my life and its associated activities, like some kind of bizarre “soundtrack to life.” For example, I really really enjoy gaming to Dagoba. I’m not positive how it started, but I think I was playing Guild Wars and I played the entirety of Face the Colossus and it was just fucking awesome.

This post is mostly meant to stimulate discussion, so what is your favorite music to xxxxx to?  I’ll list some examples below of some activities and what I like to hear while doing them.  (after the jump . . . including music to hear)

I mentioned one example above, but these are some of my go-to albums (unless of course I’m playing CS for serious – in that case it’s positional audio only).

Islander mentioned in his post here that he was listening to Dan Dankmeyer while working out at the gym and kept getting distracted.  This is exactly the reason I don’t use this kind of music at the gym, since it’s really well written and musically interesting.  Instead, I use generic deathcore.  It’s tasteless and mind-numbingly heavy, but it keeps me angry and keeps the adrenaline up.

There are really two categories here, since driving alone is quite different from roadtripping with friends, for example.  Regardless, I’ll just list a few albums that are cross-overs:

Iron Maiden – Fear of the Dark (I know there are plenty better Maiden albums, but this has become a favorite among friends for reasons we can’t really describe)
Kvelertak – Kvelertak – you really can’t not bang your head to this.
The Crown – all

I am a full time student, so this category is where I spend most of my time.  I like to listen to interesting music, but not something that is too distracting.  In other words, I listen to a lot of instrumental.  Some current favorites are:

Cloudkicker – all
Russian Circles – Geneva – I wouldn’t exactly call this metal, but it is some fucking awesome instrumental post-rock
Tre Watson – all

Ok, so this category, to me, is the highest praise I can give music.  What I’m basically saying is that the music is so interesting/engaging/awesome that I don’t want the experience to be ruined by doing anything else.  I literally lay on my bed and just listen and enjoy.  Ok, well maybe I sometimes do something first before I lay down and space out, but that’s besides the point.  I also fully expect this category to generate the most controversy, since it is some of the best music out there (in my opinion).  Some example albums:

Between the Buried and Me – Alaska, Colors – yup.
Converge – Jane Doe – this album made me appreciate hardcore
Mastodon – Leviathan, Crack the Skye – these are just awesome

So what do you listen to when you xxxxx?

19 Responses to “MUSIC TO xxxxx TO”