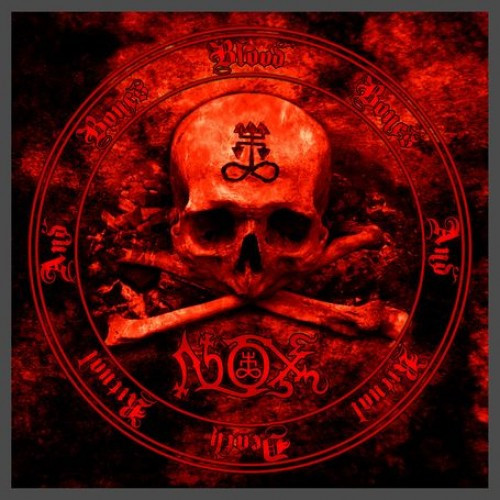 Oh, the things I do as a result of my borderline OCD affliction. Earlier this morning, I posted the next-to-last feature in our Finland Metal Week tribute, and for the sake of being complete, we focused that post on Apocalyptica, Nightwish, and Lordi. Why did we do that? Because they’re globally popular (massively so), they’re sort of metal, and they’re from Finland.

But really, what were we thinking? This site is called NO CLEAN SINGING. Early on, we defined our main focus as extreme metal of the kind that’s fast, brutal, cathartic. Sure, we don’t limit ourselves to the core NCS musical style — as witnessed by lots of the bands we’ve featured in our Finland Tribute Week posts. But at the same time, we don’t want to give people the wrong impression. As far as music goes, most of the time, this is not a nice place to visit, and we’ve never let “popularity” define the music we feature.

We got a reminder of just how far around the bend we’ve gone from this comment yesterday by one of our long-time, bloody-minded readers, Aaron: “Jesus christ this week has been a fucking long one. I haven’t liked a single band you’ve talked about. Nope, not even Children of Bodom.” Man, that was a wake-up call — one we’re answering.

So while we’re featuring Apocalyptica, Nightwish, and Lordi today — for the sake of obsessive completeness — we need to give ourselves, and maybe some of you, a couple of shots of acid, with a paint-remover chaser. Y’know, just to cleanse the palatte.

Just a couple of quick shots to scour out the inside of our craniums (and yours) and make the blood run in crimson rivulets from our ears and allow us to rage at the skies. Just a couple of songs from the likes of NOX and Disparaged.  (after the  jump . . .) 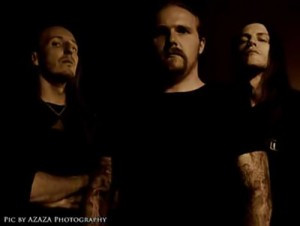 We found out about this Dutch death-metal band quite recently. To be precise, we saw their name mentioned in one of those recent Metal Sucks posts listing the Top 2010 albums as chosen by a variety of metal musicians. An EP by NOX called Blood, Bones and Ritual Death was listed as a Top 10 album by no less than Danny Tunker, the relatively new guitarist for the almighty God Dethroned, with these words:

“This EP is a rollercoaster-ride of a death metal album. All ingredients are in place and NOX has never sounded better. Every song delivers.”

Maybe it was a subconscious sign that I’d had too much sweetness and light in the music we’ve been writing about in the last couple of days, maybe it was because I have big respect for GD and Mr. Tunker’s guitar work on Under the Sign of the Iron Cross, but regardless of the reason, I immediately tracked down that NOX EP and listened to it. And holy fuck, is it good.

I’d never heard of NOX, but they’ve been around since 2003 and released a debut album called Ixaxaar in 2007. Even before the release of the album, vocalist Seth (Severe Torture) quit the band, and then so did their drummer Bob. They reformed again in February 2009 with Niels Adams (Prostitute Disfigurement) joining the band on vocals and Seth returning to replace Bob on drums, filling the same role as he had in Severe Torture.

Now, with that new line-up, NOX has unleashed that new EP. There’s a demented intro, then four new tracks, plus a re-recording of the Ixaxaar track “Darkness Undying”. It’s no-holds-barred, blunt-force trauma. It’s fast, brutal, technical, and evil. It has crazy rhythms that don’t know whether they’re coming or going, and don’t care. It lays waste to all in its path. It’s indeed a roller-coaster ride of death fucking metal. Here’s a track to reorient your thinking:

NOX: From Hell To Worse 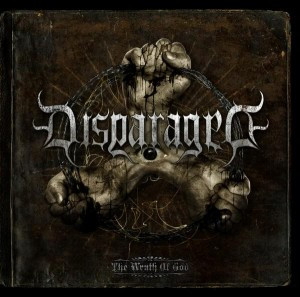 That was bracing, wasn’t it? But we promised you two shots, and we don’t lie.

Disparaged is a Swiss death metal band that one of our readers (“Bob McBobbob“) recommended highly. They’ve produced three albums, the most recent of which is 2009’s The Wrath of God. Despite my recent fixation on All Things Finnish, I’ve been listening to this album in my spare minutes, and allow me to say once again: HOLY FUCK.

It rages, it saws, it whines, it moans, it pummels mercilessly. It’s got groove, it surprises with bursts of melody, it’s got outrageously abyssal vocals, it’s got blood-spraying guitar solos that no tourniquet can stop. It’s just a super-fine example of modern death metal, with every track a solid head-slamming winner. Get that paint-remover chaser ready in a tall glass and have a shot of Disparaged:

Disparaged: The Wrath of God

The Wrath of God is available at iTunes and Amazon MP3.