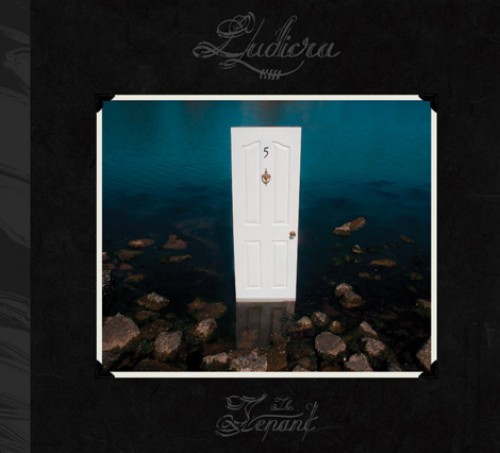 [EDITOR’S NOTE: Earlier this week, we posted our contributor BadWolf‘s article on the “most listenable” metal albums of 2010. You can see that here if you missed it. Today, we’ve got BadWolf’s list of the ten best albums, selected based on artistic achievement.]

The following is my list of the ten greatest artistic achievements in heavy metal this year—in my humble or not so humble opinion of course. If you want mosh music or workout music—that was the previous list. Any albums that appear on both lists would constitute an unranked objective best albums of 2010 list.

In summary for the lazy, 2010 was the year USBM raped everything in sight.

Because I feel the purpose of top 10 lists is to expand taste, spur discussion, and examine contemporary metal music I have not included any ‘legacy’ acts—sorry Accept, Iron Maiden, Immolation, Blind Guardian et. al., but you don’t need me. 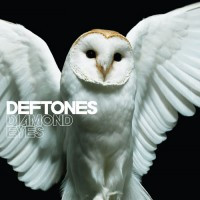 This one very nearly made the most listenable list as well, but somehow I felt it more apropos to place the album here—even though it’s a record of singles, Diamond Eyes is a staggering collection of songs taken as a whole.  As a work of craftsmanship, this baby is nearly untouchable. It has all the flawless curves of a Viper. Every song is unique yet segues into the next in the flawless tracklisting groove that has become such a lost art in modern music and metal in particular.

The Deftones have not been this on-point in a decade and in that time they’ve mastered new elements of sound—mathy grooves and post-hardcore ambiance—that update the sound design on their opus White Pony with dignity. But make no mistake, this is a different beast—there is a sense of attitude here that was absent on that record, the attitude of a band that has nearly hit rock bottom but risen from the ashes somehow more focused than directly before and more mature as a result.

If metro-metal were a genre this would be it. Everything has a sort of David Bowie androgyny barely masking an unrestrained air of cosmopolitan lust, both for sex and blood. No other metal record this year (and no other band except perhaps Opeth) has such a mastery of tonal shift and juxtaposition. Whereas most extreme metal seeks to exclude and push out, Diamond Eyes invites in and envelopes the listener in wonderful layers of rich sound.

I found this album on this very website via this article. And I could not have put it better, myself. Best underground find of the year. Thanks, Islander! 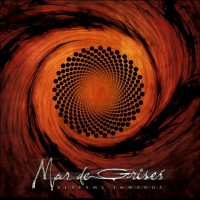 I was sad when 2009 ended because I was afraid its revival of excellent gothic doom metal would come to an end. The best was yet to come. This album is slow and sweet like cold honey. Who’d have thought that the Andes mountains would breed such crestfallen beauty as this? I have little else to say other than this is the most affecting doom metal release of recent memory and a striking poetic meditation on the various faces of solitude. 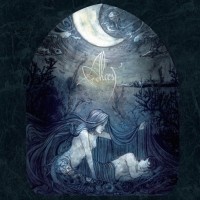 After hearing this and last year’s wondrous Ameseours record, I am convinced Neige can do no wrong, and I am furious with myself for not exploring his Lantlos project. To everyone who has ever said black metal needs to be about hatred and misanthropy, this is the obvious antidote. There’s even major chords!

Écailles de Lune is a warm, comforting, and peaceful record that’s far more suited for reading, sleeping, and daydreaming than moshing and headbanging, but none of that changes that the album is simply beautiful in every possible way. 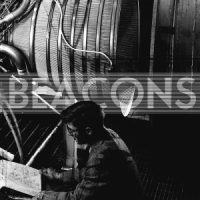 Ladies and Djentlemen, meet the don. Cloudkicker is a one-man instrumental bedroom-djent project from my own backyard in Cleveland, Ohio whose entire discography is available online for absolutely free—so go get it. Seriously. Do it now, you will not regret it.

This record is everything to love about Djent and everything Periphery’s debut failed to be. The breakbeat electronica elements are infectious and make a good case for drum machines finally being a viable option against a real-life virtuoso drummer. The instrumental work on Beacons is technically breathtaking without being too self-indulgent, if that’s possible in a one-man-band.

The kicker here (yuck yuck yuck) is that the album, through nothing but the instrumental songs and the lines of dialog that form their titles, tells a compelling and human story—somehow the sound here just runs the gamut of human emotions from love to anger to sorrow and acceptance and back again.

The record is also one of the first pieces of genuinely brilliant metal-as-art to be released not only outside of the label system but outside of capitalism period, and for that it also deserves accolades for being perhaps the most forward-thinking album here. This record will become a cornerstone of this new and exciting genre.

5) Agalloch – Marrow of the Spirit 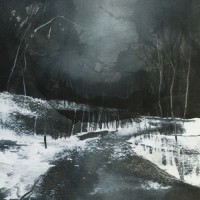 Jesus, what to say about this record that hasn’t already been said elsewhere and better?

Ok, I’ve been an Agalloch fan for some time, but when it comes to this USBM/fourth-wave BM/post-BM thing, I’ve always preferred Wolves in the Throne Room and considered Agalloch their slightly inferior but still loveable cousin.

Well, FUCK THAT! These guys are most definitely the real deal and this record is the sound of them throwing down the gauntlet and demanding—not just from metalheads but from the world community—that people listen to them. I’m not sure if it’s the lessened emphasis on acoustic interludes, or Aesop Dekker’s drumming, or four years of practice, or just the presence of ‘Black Lake Nadstang,’ but this is one monster of a record.

In every way that Alcest is uplifting this is heartbreaking. Every element of this record just ‘clicks,’ and when people look back to 2010 as the year USBM came into its own, this will be one of the two records they openly refer to. It just feels Important, and that’s the highest compliment I can give an album. 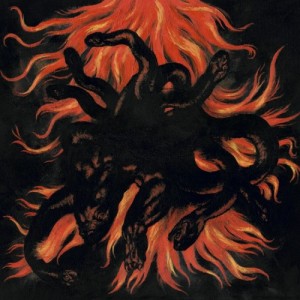 It has as much in common with De Mysteriiis Dom Satanas as it does with The Dillinger Escape Plan’s Calculating Infinity and Slint’s Spiderland (and maybe even a hint of deathcore if you listen close enough…), but even that does not begin to describe the way Paracletus sounds—long stretches of putrid chaos with moments of intense beauty that frame the listener as some sort of masochistic sex partner. It kisses you then beats you again. The seemingly arbitrary track stops are the cracks of the whip and every vocal is ‘Fuck you, I love you. Fuck you, I love Satan.’

This album would make Jean-Paul Sartre proud: it plays a zero-sum game. Either you accept it or you stop listening, either way it wins. The truth is, we are all Deathspell Omega, and until we take comfort in that we will never understand Paracletus—but I will keep listening to it. (Oh, and you can finally hear the bass… it hates you, too) 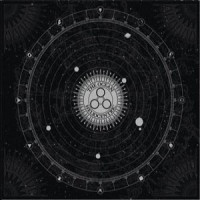 The interweb seemed to write this brilliant double album off because it didn’t live up to the expectations left behind by The Ocean’s brilliant Precambrian. They failed to understand that great music does not pander. Perhaps no other record this year has pushed metal so far away from its roots, even if that pushing results in failed experiments like ‘Ptolemy Was Wrong.’

This double record is Precambrian’s evil twin in the sense that instead of proceeding from heavy to spacy and peaceful, the two albums form one continuous breakdown from the lush piano/strings/horns accompaniment of Heliocentric, representing the golden age of Christianity, to the stripped down redline aggression of Anthropocentric, representing the uncompromising age of reason.

The X-factor here is The Ocean’s new face and voice, Loic Rosetti, who in any other band would have been celebrated as a revelation. The man’s metalcore shrieks are as powerful as his unmistakable Layne Staley-esque croon. The man’s voice is unique and powerfully emotive. Case in point: the chorus of ‘I exist…’ in ‘She Was The Universe” becomes simultaneously a sinister letter of intent and a fragile cry for comfort in the face of the unforgiving universe.

Any record that draws from the book of Genesis, The Brothers Karamazov, Copernicus, Darwin and Dawkins, yet feels so emotionally pure and unpretentious, is a monumental accomplishment. We are blessed to have this band. 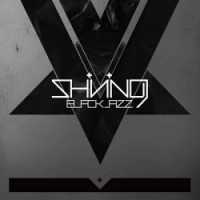 By augmenting metal instrumentation with saxophone and various electronics, Shining has expanded the tonal capabilities of black metal seemingly tenfold. The variety of different sounds that appear on the record is staggering—all the more shocking when you realize half of the album consist of re-visitations of earlier riffs and motifs, but in different ways. It folds in on itself like some sort of bizarre origami flower constantly exposing new faces of itself with each listen.

The lyrics press against our boundaries as well—the focus here is on the speaker and his unnamed lover’s infidelities with their siblings, a thematic conceit that is not only appalling but also mirrors the self-referential musical structure of the album while visiting terrifying morally ambiguous concepts heretofore (mostly) unexplored in heavy metal. 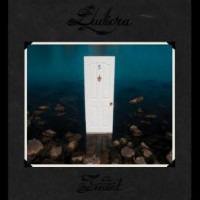 What is there I can say? When my best friend first heard Wolves in the Throne Room’s debut, he said that the close of the album felt like the end of a great novel. This record makes me feel the same way. This is what every real musician, poet, painter or creative person of any sort tries to make: a heartbreaking work of staggering genius.

If you’d told me four years ago that the best record of 2010 would be a supergroup of American musicians playing black metal with a woman singer and another woman on lead guitar who quotes Cynthia Hogue, I would have called you absolutely insane. Egg on my face.

The Tenant plays with the sounds of folk metal, black metal and old school doom the way a cat plays with a helpless mouse—riffing them into corners, watching them scurry away, and then taking control of them again. It stays in a melancholic place while uneasily sliding between thrashy carnage (‘In Stable,’ ‘Clean White Void’) and moody epics (the title track, ‘The Undercaste’), while in a roundabout way exploring the harsh realities of the underprivileged urban poor. The topical nature of the record makes it particularly important in 2010, but the way it fuses neoclassical and crust punk musical tendencies makes it a singular work.

Congratulations, Ludicra, and congratulations Aesop Dekker for drumming in two of the best and most artistic metal records of 2010. I hope in the future we’ll see some sort of crazy big 4 USBM package tour with Ludicra, Agalloch, Wolves in the Throne Room, and Krallice, now where did that third Glassjaw LP go again…

My next and final list will be 10 records that are NOT metal, but metalheads should listen to…