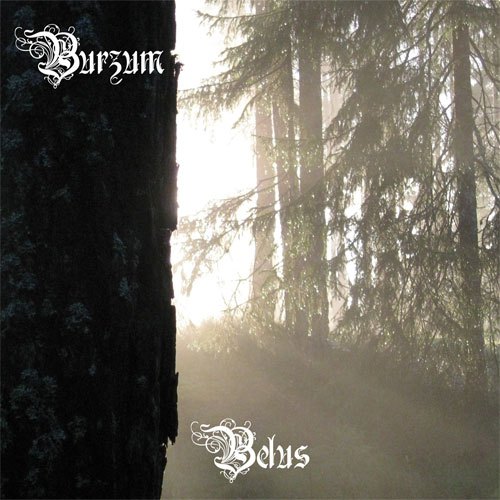 Despite all my humbuggery about Christmas, yesterday was a good day, spent with family, unmarred by even one Christmas song. In what little time I spent listening to metal, I wandered back to a long song I’d discovered only the day before and have been listening to repeatedly. It’s called “Glemselens Elv” and it’s by Burzum. In other words, it’s by Varg Vikernes, from the 2010 comeback album called Belus. It’s an amazing piece of music, and so I decided to add another chapter to the mini-series on long songs that I thought I’d finished weeks ago. (What I thought was the last post in the series is here.)

According to Vikernes, Belus is “the name of the ancient European solar deity of light and innocence”, a more ancient name for Baldur — the “White God”, which was the original name planned for the album until it stirred up such controversy that Vikernes abandoned it. He further explains on the Burzum web site:

Belus is not a religious album or an anti-religious album, nor is it a political one, but an attempt to explore the myths about Belus and unveil the oldest roots of our cultural heritage. The album deals with the death of Belus, his sombre journey through the realm of death and his magnificent return. In essence the album and the story of Belus is meant to be an entertaining story about something that once upon a time played a major role in the forming and shaping of Europe. . . .

Inspiration for the album has come from a variety of sources, and I find my inspiration from fairy tales and myths, from classical music, from memories of what once was, from traditional music, from fantasy, from the wind and weather, from deep forests and running water, from the sky and the sunset, from misty mountains and from yellow leaves falling from age old trees.

Vikernes recorded the song in 2008 in the Tromsø prison, the year before his parole after serving 15 years of a 21-year sentence for burning churches and for the murder of his Mayhem bandmate, Euronymous. (more after the jump, including the song . . .) 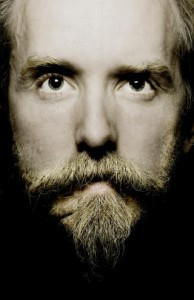 On Belus, Vikernes sings in Norwegian, but has provided an English translation of the lyrics [“English (not American)”, as his web site explains]. In English, “Glemselens Elv” means “River of Forgetfulness”. At the end of this post, you’ll see the translated lyrics. In the story told on the album, the song follows the death of Belus, with his body being placed in a stone grave as summer ends, as the light of summer wanes and the dark of winter approaches. In the dark and cold, the dead lie in rest, but if you listen (as the song explains), you can sometimes hear them sing. And in the cold, behind the stone door, Belus vows to return, “when the spirits of winter are weak.”

I bought Belus when it came out much earlier this year, but then had some pangs of conscience, given the notorious things Vikernes has said and done, and avoided listening to it. Kind of stupid, actually, because by then I’d already contributed my dollars to him by buying the album. The horse, as they say, was already out of the barn. But anyway, I didn’t listen to it — until Christmas Eve day.

For various reasons, I spent time that day listening to lots of 2010 black-metal releases that I hadn’t heard. Maybe it was because the dust had settled following the release of Belus, or maybe it finally just hit me that I already had the CD and therefore it would be ridiculous not to find out what it sounded like, to satisfy a pesky curiosity if nothing else. 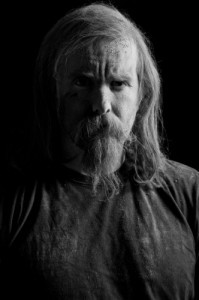 “Glemselens Elv” is the third song on the album, although the first one is just an instrumental introduction. I never made it to the fourth song. I still haven’t. But I’ve listened to “Glemselens Elv” a half-dozen times. It’s almost 12 minutes long, so that’s a fair amount of time invested in listening. All I can say is it’s a deeply affecting song, with manifest folk influences.

The musical themes are simple, and thrive on the repeating chords that mark so much of melodic black metal. An almost tribal drumming rhythm and a stripped-down bass-line further intensify the hypnotic effect of the music. The tremolo picking ranges from high to low in the register, and viscerally arresting leads pierce the background wash of melody.

Along with the brilliant guitar work, the vocals have a lot to do with the emotional progression of the music. Vikernes switches between acidic rasps and baritone clean singing that lends the music much of the folk-metal air.

I hear no evil in this music. I hear instead the ringing of the seasons, the whispering of oaks in the wind, the longing of the dead. At 12 minutes, I find the song is too short, which is why it’s been a looping soundtrack to my last few days. See what you think:

LYRICS TO GLEMSELENS ELV
(translated in English, not American 🙂

With dying sun and moon,
a journey to the sea of shadows begins.
The bear will watch the funeral pyre.
The body is placed in a stone grave.

Behind a veil Earth’s weeping is heard;
the light of summer is disappearing,
the oak spirit is placed in a boat,
winter and autumn win again.

Below the ground, the hidden world,
behind the clouds towards the west,
ends the long boat journey,
where winter and autumn are feasting.

The dead rest in white clothes,
behind heavy cold stone doors,
but if you listen to the army of the dead,
you can some times hear them sing.

The dead rest in white clothes,
behind heavy cold stone doors,
but if you listen to the army of the dead,
you can some times hear them sing.