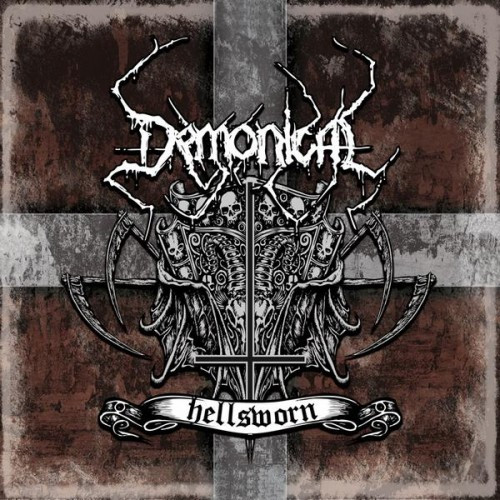 After the jump . . . videos from Demonical, Aeon, and Son of Aurelius. 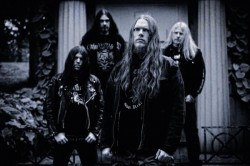 Big thanks to NCS reader Bob McBobbob for the tip on this band. They’re from Sweden, they include three former members of Centinex, they’ve produced two full-length albums, the latest of which is 2009’s Hellsworn, and how the fuck could I have missed out on this band for this long? Seriously, this is my kind of metal. Based on the one song I’ve heard so far (in the video that follows), these dudes are channeling early Dismember and Entombed, with some flourishes of their own, and doing it very, very nicely.

To quote “Bob”: “Old school swedish death, guitars so down tuned you would be convinced they are how your arse sounds during the worst hangover you have ever encountered……plus 1. Of course all the usual huggable lyrics about bunnies, softness and general niceness.”

Check out “Baptized In Fire”, and begin the napalming process:

For more info about Demonical, here are the links for their MySpace, their Facebook, and their official site.  It appears they’ve finished recording songs for a third album, to be released in 2011, to be called Death Infernal.  We’ll be looking for it . . . 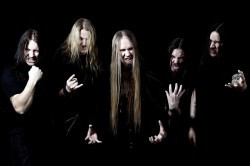 As I watched that Demonical video, I noticed a couple of other YouTube vidz I’d never seen before from bands I know and like a lot. So I watched them, too, and by the time I’d finished, I was ready to start busting up my home. So, I thought I’d share. Why should my home be the only one that looks like a demolition site?

The first one is from another Swedish band called Aeon, whose 2010 album Path of Fire we wrote about back in May (here). Like we said back then, “The name of the game is technical death metal, and it’s as sweet as it is punishing.” Oh yes, very sweet, in a sweetly scorching, runaway-train kind of sweetness.

For this last video I saw, we’re leaving Sweden behind and jumping over to sunny California. Son of Aurelius is also a technical death-metal band, but one that’s got a modernized, prog-influenced sound. Their debut album on Good Fight Music, 2010’s The Farthest Reaches, was damned impressive. If you’re not familiar with the music, it’s in the vein of bands like The Faceless and Obscura — with plenty of technical extravagance but nice song structures and good grooviness.

Somehow, I managed to make it to the first day of the new year before I saw this video. Maybe you’re late coming to it also. Or maybe you’d be willing to watch it again, just to finish off the skull-scorching. Go ahead. Do it.

For more info, visit Son of Aurelius on (the increasingly sucky) MySpace (here), or at their Facebook page (here).

You should feel nice and empty-headed, but invigorated, with sooty smoke drifting from your ears. Ready for the new week. Ready to bob and weave. Ready to tear anyone who fucks with you a new asshole.

Our work here is done.

4 Responses to “YESTERDAY YOU RESTED, TODAY IT’S TIME TO DETONATE NAPALM IN YOUR HEAD”