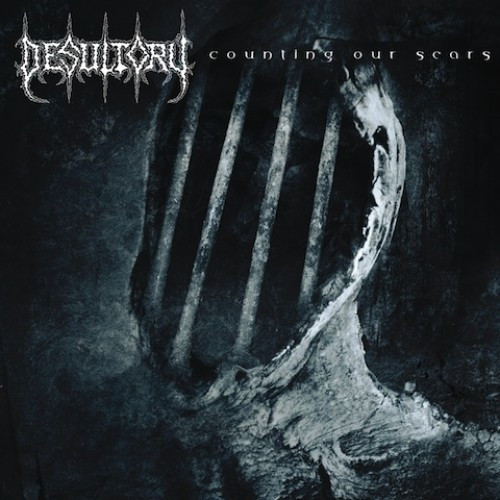 2010 saw powerful new releases from two first-wave Swedish death-metal bands that we meant to review: Evocation and Interment. We failed miserably in following through on our intentions, as much as we liked those albums. However, the new album from yet a third first-wave band is now almost ready for release, and we’re not going to miss the chance to write about this one.

Formed in approximately 1989, Desultory was caught up in the hotbed of Stockholm death metal. They released three demos between ’90 and ’91 (From Beyond, Death Unfolds, and Visions) and a 1991 EP called Forever Gone. That led to a signing by Metal Blade for a three-album deal. 1993’s Into Eternity and 1994’s Bitterness (both recorded at Sunlight Studios) were well-received and solidified Desultory’s role as one of the progenitors of a more melodic brand of Swedish death metal. And then the train went off the rails.

Guitarist Stefan Pöge left the band, and the remaining members made a musical course change, producing an album called Swallow the Snake that apparently left death metal behind in favor of hard rock and groove metal. We haven’t heard that album, but from what we’ve read, it clearly disappointed Desultory fans in a major way. For all intents and purposes, Desultory came to an end, with the three members from the Snake album continuing on as a rock band under the name Zebulon.

But Desultory is now back.  The remaining three members from the 90’s — Klas Morberg (vocals/guitars), Hakan Morberg (now on guitars), and Thomas Johnson (drums) — have recruited bassist Jojje Bohlin and have produced the first Desultory album in 14 years. It’s called Counting Our Scars, it’s scheduled for release later this month, and it’s a welcome throwback to glory days. We got an advance listen — and yes, Desultory is indeed back, with a vengeance.  (more after the jump . . .) 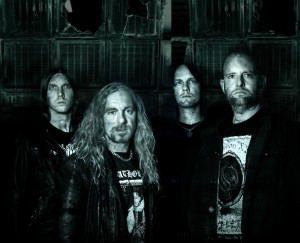 If you told us that Counting Our Scars was a long lost album from 1995, the intended follow-on to Desultory’s first two full-lengths that got stored away in a time capsule, to be opened only at the outset of this century’s second decade, we’d believe you if we didn’t know better. The cynical among you, looking for something edgy and ground-breaking, might say this album fails to deliver. We, on the other hand, would say it’s as familiar as an old friend. Y’know, one of those old friends who takes you back to old haunts and leaves you pleasantly wasted at the end of the night.

Counting Our Scars isn’t the variety of old-school death like Grave and Interment that deals almost exclusively in über-low, über-downtuned sawing and gravelly gutturals. Instead, the music mixes those distorted chugging riffs with soaring, echoing guitar leads, bursts of tremolo-picked evil, and overall a more melodic approach to the infliction of aggression. Think of metal that’s an integration of Dismember, At the Gates, and Dissection and you’ll begin to get the idea.

The pacing of the music isn’t uniform. Songs like “In A Cage” and “This Broken Halo” blast ahead at the speed of thrash, but then you come to “The Moment Is Gone” and find a mid-paced chunk of melodic death metal, agonized and melancholy, a morbid anthem of despair. And melancholy is indeed the adjective that best describes the musical vitality of the album as a whole: It’s dark, even at the height of its fury. 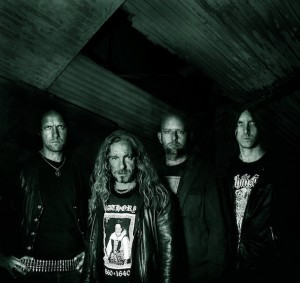 The guitar playing is first-rate and varied, a mix of chunky death-metal riffs with serrated tremolo-picked static, headbanging chugs with clean reverberating leads, furious technicality and gouts of smoking shred. Klas Morberg’s vocals are mid-ranged, impassioned yowls that permit you to understand the lyrics, with enough bestial depth to them to inject the music with a dose of hellishness.

Thomas Jackson’s drumming is superb, and his progressions are both never quite what you expect and and also vividly alive in the sharp-edged production. He uses a variety of rhythms and techniques, with considerably more flair and intricacy than you can find in a steady diet of d-beats and double-bass. He’s a big part of what keeps the music interesting despite the familiarity of the band’s time-capsule style.

Counting Our Scars moves tautly along, never veering far off course. It thrashes and slashes, it dives and soars, it stomps and dashes, and it kept our interest from beginning to end. Some music never goes out of style. There’s a reason why this particular Swedish take on death metal clamped down hard on fandom like an abused pitbull and hasn’t let go for more than 20 years.

Check out the album’s title track:

Desultory: In A Cage

Counting Our Scars was recorded, mixed and mastered by Tore Stjerna at Necromorbus Studio (Watain, Deströyer 666, Demonical, etc), and the beautifully creepy album art is by Travis Smith (Nevermore, Opeth, Amorphis, King Diamond, etc). It’s scheduled for release in Europe on Singapore-based Pulverised Records on January 17, and in the U.S. a bit later — though it’s in stock and available for order now from the Pulverised web store (here).

Pulverised tells us that they also plan to re-issue the Into Eternity and Bitterness albums, re-mastered by the awesome Dan Swanö and with additional demo tracks, in special packaging. We here at NCS will definitely be in the market for those babies.