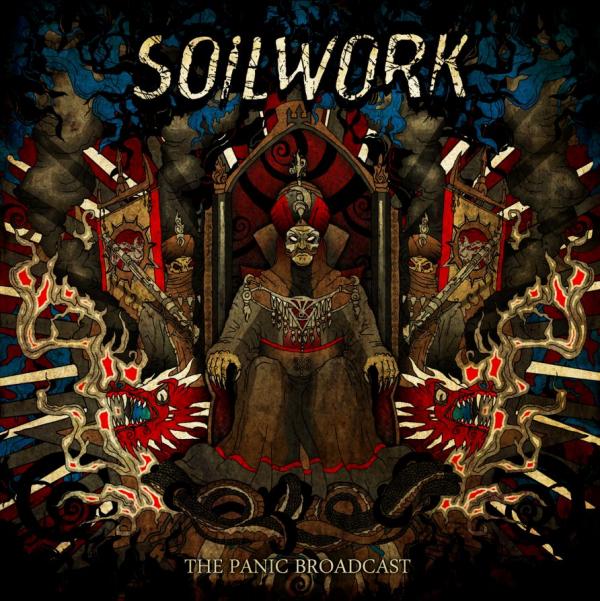 So far, we’ve named 14 songs to our list of 2010’s most infectious tunes, and so far the songs have been without clean singing. No shock there, of course. But today we’re including a couple of exceptions to the normal rule around here, with songs from Soilwork and As I Lay Dying.

Both of these bands have been favorites of this site’s founders for many years. We’ve always found something to like in their albums, even when the overall album strength has dipped a bit, and 2010 was no exception. Plus, both bands put on great live shows, and we snap up tickets whenever they venture into the PNW.

Both bands released new albums in 2010 that we reviewed, and both albums contained multiple songs that made our master list of “most infectious” candidates. In the end, we picked one song from each. For a full explanation of what we mean by “most infectious”, read this. And to see the songs we’ve named so far, click the Category link over on the right called MOST INFECTIOUS SONGS-2010.

To read about and hear the songs we picked for our final list from Soilwork and As I Lay Dying, continue on after the jump. 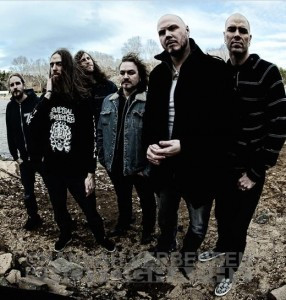 In our review of The Panic Broadcast, we explained that “Soilwork’s hallmark ability to straddle that divide between melodic death metal and metalcore, between mayhem and epic melody, is exactly what’s made them an NCS favorite despite all the clean singing.” But we also confessed that, among the three founders of this site, we had divergent opinions about the new album.

IntoTheDarkness thought it was the weakest album of the band’s last four, and was disappointed that despite the advance billing, it wasn’t as aggressive and rampaging as he’d wished. I, on the other hand, found the melodies “just too ingeniously distinctive to forget” and concluded there was also “enough rampaging riffage to feed the hungry jackal in my head.”

I was also really pleased to hear the contributions of Peter Wichers, who had rejoined the band on guitar after an absence (and also produced and engineered it).

When I reviewed the album in July, I thought the most infectious songs were “Two Lives Worth of Reckoning”, “Let This River Flow”, and “The Thrill”. But as I’ve continued listening to the album off and on, I’ve changed my mind — which I suppose is a sign of how many catchy songs this album contains, and how good it really is (at least IMHO). The song we’ve picked for our most-infectious list is this one:

AS I LAY DYING 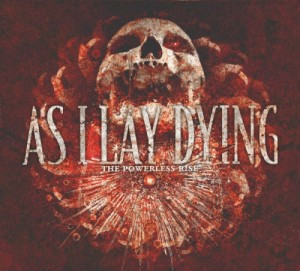 We reviewed The Powerless Rise last May (here), and wrote this: “As I Lay Dying is one of those metalcore bands whose albums have consistently struck a chord with us — and in fact, we’re probably doing them an injustice with the metalcore label, because it’s become something of a bad word in our vernacular. So, we’ll just toss that label aside and say this: The band’s new album, The Powerless Rise, is song for song their best one yet, and we’re really digging it.”

What struck us about the band’s latest release was the amount of brutal power it contained. From our review: “The Powerless Rise includes some serious skull-exploders — some of the most intensely aggressive music As I Lay Dying has yet produced. Take off your neck-braces and prepare to injure yourselves all over again, because this album overflows with music that will compel you to bang yo heads.”

That’s probably why we liked it so much. But to be brutally honest, the most infectious songs on the album aren’t the most furiously aggressive ones. They’re the ones that combine violence with melody — the ones that alternate between the raw fury of Tim Lambesis‘ vocals and the soaring clean vocals of Josh Gilbert. Everyone who likes this album has got their favorite, but our favorite for “most infectious” is this one:

As I Lay Dying: Anodyne Sea

8 Responses to “OUR LIST OF 2010’S MOST INFECTIOUS EXTREME METAL SONGS: PART 8”