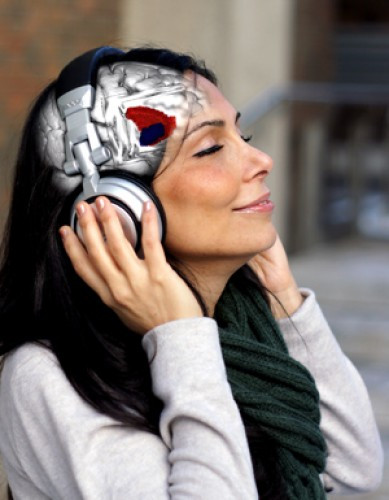 We have a multiple choice quiz for you. We’re capable of many awesome things here at NCS, but reading your minds isn’t one of them (yet), so don’t worry — you won’t be graded. Here’s the question: What do eating, fucking, and listening to good metal have in common? Please select from the following answers:

(a) None of them is as much fun when your parents are in the room.

(b) All three are performed with your mouth open like a big-mouth bass (the fish, not the instrument)

(c) All three cause the release of dopamine in the brain

(e) Stay out of my life, you fucking NCS perverts

Did you make your pick?

Okay, this was sort of a trick question, because the only definitely wrong answer is (e). Three of the other answers — (a), (b), and (d) — could be winners, but that all depends on you. The only definitely right answer, according to a recent scientific study from Canada, is (c).  After the jump, we’ll look at a story about that study — and of course we’ll add our typically tasteless commentary.

The original story is here.

Whether it’s the Beatles or Beethoven, people like music for the same reason they like eating or having sex: It makes the brain release a chemical that gives pleasure, a study says.

The brain substance is involved both in anticipating a particularly thrilling musical moment and in feeling the rush from it, researchers found.

Well, that explains why I get so tumescent thinking about the albums that are due in 2011 from bands like Pig Destroyer, Decapitated, Insomnium, and Fleshgod Apocalypse. Just the anticipation releases fun brain chemicals!

Previous work had already suggested a role for dopamine, a substance brain cells release to communicate with each other. But the new work, which scanned people’s brains as they listened to music, shows it happening directly.

While dopamine normally helps us feel the pleasure of eating or having sex, it also helps produce euphoria from illegal drugs. It’s active in particular circuits of the brain.

Yeah, so what they’re saying is that good metal bands are like pushers or pimps or chefs — or all three — except they make a living by selling t-shirts.

The tie to dopamine helps explain why music is so widely popular across cultures, Robert Zatorre and Valorie Salimpoor of McGill University in Montreal write in an article posted online Sunday by the journal Nature Neuroscience.

The study used only instrumental music, showing that voices aren’t necessary to produce the dopamine response, Salimpoor said. It will take further work to study how voices might contribute to the pleasure effect, she said.

This will make the likes of Tre Watson, Dan Dankmeyer, and Ben “Cloudkicker” Sharp so happy! They don’t need no fucking vocalists to get your dopamine flowing. But we knew that already.

The researchers described brain-scanning experiments with eight volunteers who were chosen because they reliably felt chills from particular moments in some favourite pieces of music. That characteristic let the experimenters study how the brain handles both anticipation and arrival of a musical rush.

Dopamine surged in one part of the striatum during the 15 seconds leading up to a thrilling moment, and a different part when that musical highlight finally arrived.

They reliably got “chills”? What kind of fucking music were these test subjects getting off on? When I think about metal songs that get me off, “giving me chills” isn’t the description that comes to mind. More like “blowing the top of my fucking head off.”

The study volunteers chose a wide range of music — from classical and jazz to punk, tango and even bagpipes. The most popular were Barber’s Adagio for Strings, the second movement of Beethoven’s Ninth Symphony and Debussy’s Clair de Lune. 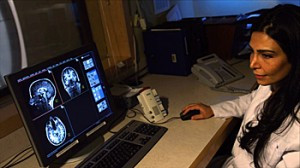 I guess that explains the chills thing — Barber and Beethoven, jazz and tango. I guess maybe punk and bagpipes could give you the chills, but that music makes me wanna drink heavily and break shit.

I can imagine the ads that the researchers used: “Wanted: subjects for controlled scientific study of brain chemical responses to stimuli. Must be willing to eat, fuck, and listen to good music, repeatedly.  Compensation will be paid.” I’m really surprised they only got 8 volunteers. [insert joke about Canadians]

Clearly, this study must be repeated with metalhead subjects listening to their favorite metal. Or maybe they should just use metalheads and metal for Part 2 of the study — the one that will test how voices contribute to “the pleasure effect.” They could match up people like Johan Hegg and Mikael Åkerfeldt against a bag of cheeseburgers and a kitchen-table fuck and see what comes out on top. Where do we sign up?

13 Responses to “WHAT DO EATING, FUCKING, AND LISTENING TO METAL HAVE IN COMMON?”