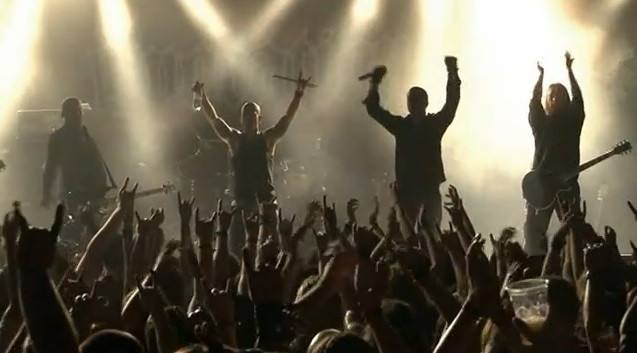 I expect people from outside the world of extreme metal are massively confused by the way we talk and write about the music we like. Pretend for a minute that you’re not part of this metallic world we inhabit and think about how you’d react to hearing people describe music as “brutal”, “bludgeoning”, “sick”, “putrid”, “vicious”, “morbid”, “frigid”, “pummeling”, “evil”, or “skull-cleaving”. Or reading a review that describes vocals as “acid-drenched” or “bestial”, or raves about music that “guts you like a fish” or makes you want to “bang your head”.

If you were a square, these adjectives and metaphors would sound like condemnation, when instead they’re meant as high praise. In what other musical genre do fans praise their music with terms like these? The answer is — nowhere else.

Of course, there’s a reason why metalheads rave about extreme metal in terms that (figuratively) signify bodily injury or illness, demonic possession, or mental decimation. In our humble opinion, it’s because those terms are linguistically accurate. The words capture what we feel and what we imagine — and sometimes what we do — when we listen to the music, even when there’s a melodic core to the songs (as there often is, even though many non-metalheads would never be able to hear the melody).

Maybe that answer just begs the question, or suggests a new one: Why do we like music that evokes these kinds of feelings and images? That’s an old subject, one that comes up whenever most of us try to explain to a non-metalhead why we like this music (eg, the kind of music we cover at NCS). But we’re not sure we’ve ever directly invited a discussion about the topic here at NCS. So on this Sunday morning, that’s what we’d like to hear — your thoughts about why we like music that’s best described in the kind of terms quoted above — and we’ve got a newly uploaded video that sets the mood quite nicely while you muster your thoughts. (more after the jump . . .) 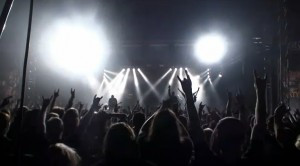 The video shows the Swedish death-metal band Evocation playing live at the Summer Breeze festival in 2009. It was professionally filmed with multiple cameras from multiple angles. Evocation just uploaded the video a couple weeks ago, and we just saw it two days ago. Not sure why it took so long to appear, but we’re glad it did.

The song is appropriate to today’s topic for a couple of reasons. First, the song is called “Razored to the Bone” (the last track on the band’s 2008 album Dead Calm Chaos). Now, that’s a cool title, and it kinda metaphorically captures what the music does to you, but while a title like that attracts us, it would probably repel many non-metalheads.

Second, there’s the music itself. Here are the words we’d use to describe it for readers like you (would this make any sense to non-metalheads, and if it did, would they interpret this as a positive recommendation, and how would they feel about being called a motherfucker by the vocalist?):

It pulls the cord on a gassed-up, old-school Swedeath chainsaw and starts to grind and cut and smoke with an infectious rhythm and a meaty dose of double-bass, and then — just when you think the song is over — it re-starts with a backed-down slab of down-tuned melodic doom. Both fast and slow, the song is prime headbang material. Check it out, and don’t forget to leave us a comment!

For more info about Evocation if you’re new to he band, check out our MISCELLANY comments on their new album here.

34 Responses to “RAZORED TO THE BONE”