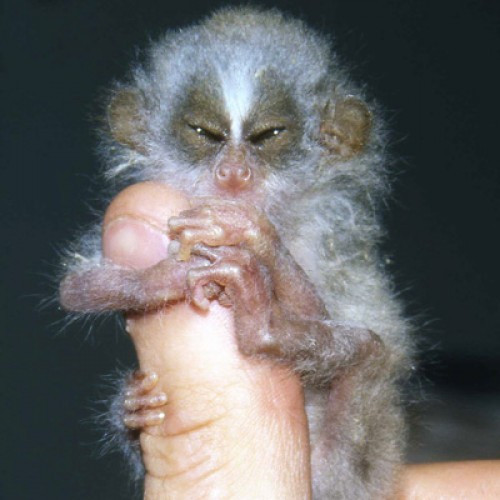 Whatever the reason, we only got three entries in our latest NCS contest — which was to come up with a suitable caption for that loris image up above that our buddy Phro sent us all the way from his fortified outpost in Japan.

Phro graciously consented to judge the entries and pick a winner, which he has now done. After the jump, Phro names the winner and explains his choice, we reveal our prizes for the lucky dude, and we add the winning caption to the photo.  (We do have metal today, in the two posts just below this one, so don’t start throwing things at the computer screen . . .)

Holy dragonfishes in my penises, Batman!

Niek wins the Caption That LOLris with his (definitely not a fart joke) “Hnnnnn!!! Why you wantz me pull your finger?!”  Not because his caption was necessarily the best, but because it made me giggle like a school girl trading sexual favors for an A for the first (but probably not the last) time.  Congratulations, Niek, you win….something.  I forgot what, but I’m sure Islander will remind you.

My next choice was byrd36’s “I chokes dis hairless bitch!”, but it didn’t make me giggle quite that much.  It did make me chuckle like a creepy old fat man watching child pr0n though, so you get whatever that entitles you to get.  (Is there a second place prize?  Maybe you and Niek can split the bounty or something.)

And finally, back to Niek again, “One day I will haz penis like this.”  I…I just don’t know.  I mean…that’s terrifying, dude.  Even by Japanese standards.  I wonder if that means you somehow win by default?  Not sure.

Anyway!  Congratulations and thank you all for playing!

So, congrats Niek, you da winner. As for the prizes, we didn’t say what they would be — other than three recent CD releases we had lying around the loris cage. But here’s what they are — and I promise, I didn’t hand-pick these for you, despite the fact that I’m guessing they’re all a tad outside your usual comfort zone:

Dragged Into Sunlight, Hatred for Mankind

Ulcerate, The Destroyers of All

They will be winging their way to you in The Netherlands just as soon as I can get my lazy ass to the post office or UPS Store this week. 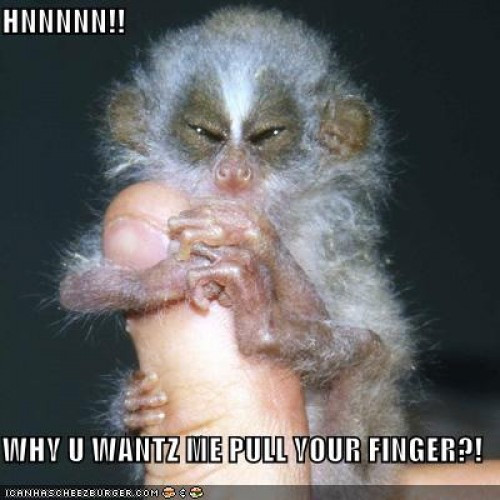 2 Responses to “WE HAVE A WINNER!”