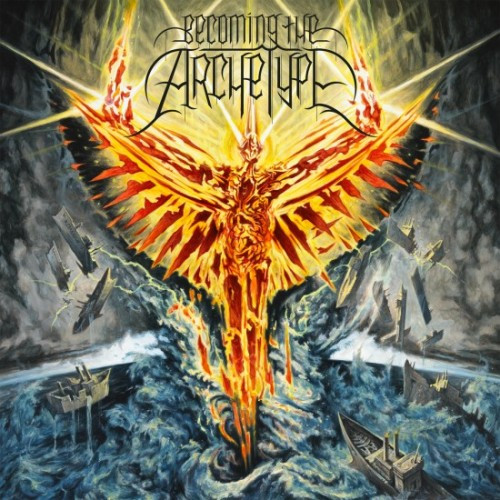 That eye-catching piece of art above is the cover for Celestial Completion, the next album by Atlanta’s Becoming the Archetype. The original painting was done by Dan Seagrave with art direction from Ryan Clark at Invisible Creature (if that name sounds familiar, that’s the same Ryan Clark who’s the frontman for Demon Hunter). Looks like, when the rapture comes, there will be some interruptions in shipping traffic.

We thought this band’s 2008 album, Dichotomy, was an interesting dish of progressive death metal. The new single they released in 2009 — “Necrotizing Fasciitis” — in addition to being an inventively named piece of music with an unusual metaphor at the core of its lyrics, was a promise of even more interesting things to come. It turned the brutality dial up more than a few notches and jettisoned most of the prog influences, but still included some nice tech-death flourishes.

Now, as a teaser for the next album, the band have released a single for streaming. It sounds almost nothing like “Necrotizing Fasciitis”, but it’s growing on us. And it’s just the first of three teasers we’ve stapled together in this post.

For our second one, we’ve got a mix of the music from the next release by Finland’s awesome Moonsorrow, and to finish off the post, there’s a clip from the forthcoming DVD by Cannibal Corpse. Hey, you can’t say we don’t bend over backwards to bring you variety in metal. (all this stuff is after the jump . . .)

Members of Becoming the Archetype have been quoted as saying that Celestial Completion will be “uncompromisingly metal” and yet will feature “a great juxtaposition between heavy music and world music”, including one track featuring the sitar, tambura, and Tablas and another that includes a trombone in the “ska section” of a song, not to mention a Danny Elfman intro to a third song, “complete with operatic soprano vocals and four-part harmony.”

But for the band’s first single from the new album, it appears they kept the crazier shit in the closet and selected something a bit more accessible. “Magnetic Sky” features thick, chunky riffs, high-ranging clean singing coupled with death-metal howling, frenetically quirky lead guitar phrases and staccato rhythm notes, and a catchy melody. It reminded us, at least initially, of Mastodon with a bigger dose of tech-metal infusion.

Celestial Completion will be released March 29 on Solid State Records. 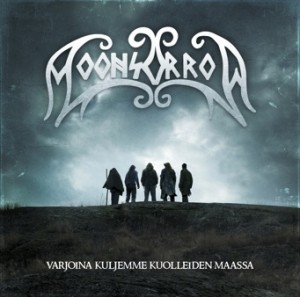 All three of us who started this site are devoted fans of this Finnish collective. They just do not disappoint. But we’re not quite sure how to brand the music. Pagan metal? Atmospheric black metal? Viking metal? Epic heathen blackened folkish metal? Wintry cinematic warrior metal? Regardless of what genre label best suits, the band’s music strikes a righteous chord in our fragile heads.

We are now anticipating the release of a new Moonsorrow album titled Varjoina Kuljemme Kuolleiden Maassa (“As Shadows We Wander In The Land Of The Dead”). It will be more than one hour in length, with four long songs (ranging from almost 12 minutes to more than 16) separated by three short interludes.

All we have for you today is a teaser track that combines samples from some of the songs. It’s just an appetizer, and of course it’s somewhat frustrating to hear, because we really wanted more, but it sounds so awesome that we just had to share it.

Spineform Records will release the new album on February 23 in Finland, on March 21 in the U.K., and on some other day in the U.S., whenever we prove ourselves worthy. Pre-order information can be found here.

Cannibal Corpse doesn’t really need an introduction, do they? Of course not. So, we’ll just get right to the meat.

The band will be releasing yet another DVD (their fourth) on March 15 via Metal Blade Records. It will be called Global Evisceration. Of course it will. It will contain approximately three hours of material. The main program will include full performances from two live shows — one at the Gothic Theater in Englewood, Colorado on May 3, 2010 and the other filmed at Sunshine Theater in Albuquerque, New Mexico on May 8, 2010.

The DVD will also include bonus performances and behind-the-scenes footage covering the band’s tours in support of the Evisceration Plague album. And of course we can’t neglect the DVD’s artwork, by the demented Vince Locke. 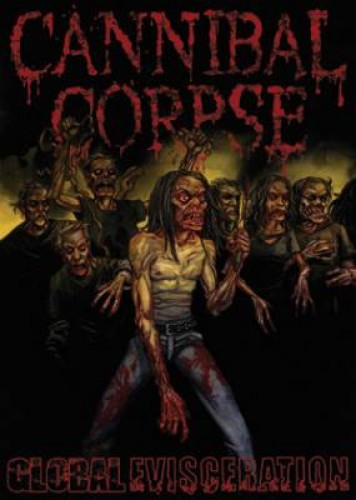 Now, here’s our final teaser, which is a just-released video clip for the DVD. It’s way too short, but it does have the benefit of including a killer segment from a killer song. You’ll see what we mean.

To be brutally honest, we really don’t like teasers. They’ve got the same drawbacks as they did on the backseat of a car in high school. You should be thankful we only inflicted two of them on you (because at least BTA gave us a full song). I guess that makes us a teaser, too. So, go now and do whatever it is you do when you’ve been teased.

10 Responses to “WE TEASING YOU: BECOMING THE ARCHETYPE, MOONSORROW, AND CANNIBAL CORPSE”