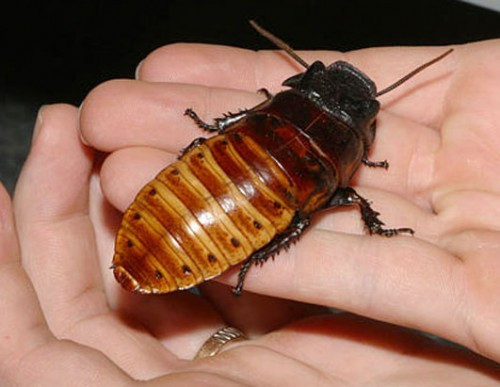 Here at NCS, we’re perfectly happy to stay hunkered down in our metal bunker and let the rest of the world do what it will, completely unknown to our ignorant but happy selves. As long as we’ve got a steady flow of metal to satisfy our meager desires, we don’t really need or want intrusions from “the real world”. But, every week or two, in a feeble effort to provide you some variety, we browse the “hard news” (while stifling an almost constant gag reflex), hoping to find items that make us think, “that’s fucking metal!”, even though it’s not music.

Today, we have an item about an overlooked gift idea that makes so much sense when you think about it — roaches. Plus we’ve got a story about an innovative use for crematorium heat and an example of what can go wrong if you get careless with a nail gun (and we couldn’t resist adding some musical accompaniment for that last item). And, at no extra charge, we’re including our own tasteless commentary on each of these items. Let’s get started!

I’ve never been to the Bronx Zoo, though I have been to The Bronx. Did you know that in addition to being one of New York City’s five boroughs, The Bronx is also a separate county, with its own flag (shown to the right) and its own Latin motto, which translates to “Do not give way to evil”? Did you know that The Bronx was named after The Bronx River, which was itself named after Jonas Bronck, an early settler from Småland, Sweden whose land bordered the river on the east (“Bronck’s River”)?

Where was I?  Oh yeah, The Bronx Zoo. Did you know The Bronx Zoo is home to a colony of Madagascar hissing cockroaches? Did you hear about the zoo’s promotional Valentine’s Day idea? Well, you’re about to.  (after the jump . . .)

Here’s the news story that caught our eye:

NEW YORK (Reuters) – In what is described as the perfect Valentine’s Day gift, New York’s Bronx Zoo is offering the chance to name a Madagascar hissing cockroach after that special someone in your life.

“Flowers wilt. Chocolates melt. Roaches are forever,” the zoo said on its website about the name a roach gift, which was also billed as a limited Valentine’s Day offer. 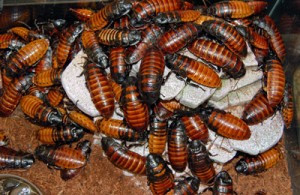 You gotta admit, that’s a pretty fucking metal idea. As we found out by visiting the zoo’s web site, for a $10 donation you get the right to name one of the roaches at the zoo after your sweetie, and then the zoo will send your sweetie an official certificate stating that one of the zoo’s inhabitants now has their name on it, so to speak. But how many people would really go for an idea like this?

More than 1,000 people chose the cockroach option for their Valentine in the first 24 hours of the offer this week, a zoo spokesman said.

Huh. That’s a pretty good response. More people think of their sweethearts as cockroaches than I would have expected. But wait — how many Madagascar hissing cockroaches does the zoo have?

The $10 donation for the gift will go to helping preserve wildlife and forests in Madagascar, according to the zoo, which has some 58,000 Madagascar specimens that need names.

Holy shit. That’s a lot of fucking hissing cockroaches. I’m starting to get queasy just thinking about it. But the good news is that if this sounds like your kind of gift, there’s plenty of naming opportunities left (and the offer is still open despite the passage of Valentine’s Day), though I’m thinking it might be more attractive as an option for ex-girlfriends and boyfriends, or ex-husbands and wives. I do like this bit of ad copy from the zoo’s web page:

Naming a roach in honor of someone near and dear to your heart shows that you’ve noticed how resilient, resourceful, and loyal that person is. Or maybe it’s in recognition of your one and only’s virility, or strength in the face of high radiation. You’re not afraid to say, “Baby, you’re a roach!”

In hunting for some photos to use for this piece, I found a related story. Unfortunately, this thing is almost five years old, and the gift item in question no longer seems to be available. 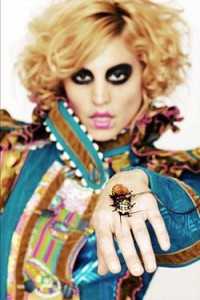 Designer Jared Gold is doing something different with his latest jeweled creation. Though sold as an ornament, his Giant Madagascar Hissing Cockroach Brooch is really a sort of pet, albeit a bejeweled one. Live, 3-inch long tropical cockroaches have Swarovski crystals glued onto their hard shells and are attached to a cameo pin with a silver chain; they can crawl around their owners shoulders and arms.

All the roaches are male, to ensure sterility, and must be properly cared for to reach their life expectancy of one year. They eat bananas and need access to fresh water, or at least to a damp cloth, at all times.

Man, this may be the most metal jewelry item I’ve ever seen.  I don’t understand why this thing didn’t turn into a big seller. Dude only wanted $80 per roach, too. Would have been cheap at twice the price. Naming a big fucking roach after your girlfriend is one thing, but giving her a live one she could wear around her neck on a chain? No contest.

In one of our other recent installments of THAT’S METAL!, we featured a piece about a couple of dudes who snorted a dead man’s ashes thinking it was blow. But crematoriums offer other opportunities for side benefits besides the generation of blow for the brain-dead. Check this out: 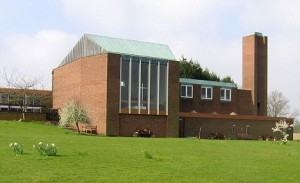 LONDON (Reuters) – A local authority in England has given the go ahead for a swimming pool to use energy created by the next-door crematorium to heat its water.

The plan, the first of its kind in Britain, will see waste heat from the incinerator chimney used to warm up the neighboring leisure center and its new pool.

Fuck yeah! That’s usin’ the old noggin. Instead of wasting all that waste heat from wasting corpses, warm up the pool with it! That’s a real win-win situation. Now, as their last act in this world, your loved ones can provide a nice cozy swim for their former neighbors.

You do have to wonder how people would react to taking a swim in that pool, knowing that its warmth is the result of corpses being incinerated next door. Better not tell the kiddos while they’re splashing about in the nice warm water. But it seems like the powers that be thought this through most carefully: 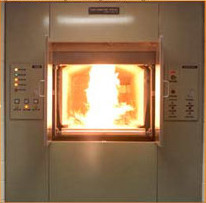 “The cremation process is a sensitive matter and we wanted to be sure our proposals had widespread support,” said Councilor Carole Gandy, the leader of Redditch Borough Council in central England. Eighty to 90 percent of people who contacted the council had backed the scheme, she said.

However, local trade union officials are less than impressed with the plan, saying it was a reflection of the massive public spending cuts being implemented by the government. “These proposals … are sick and an insult to local residents,” said Roger McKenzie, regional secretary for Unison, Britain’s biggest public sector labor union.

Well, there’s a grump in every crowd. Personally, I think this is a lot better way to heat a pool than my preferred method of warming up the water when I go for a swim in a public pool. Y’know, taking a nice long pee.

Nails are metal. Duh. Nailing your fingers together with a nail gun? That’s pretty goddamned metal, too. 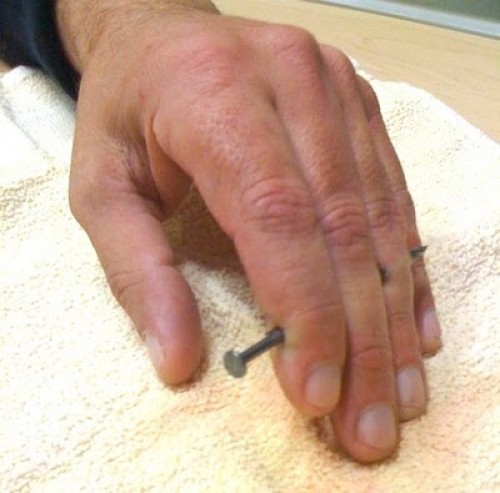 Fuckin’ brutal. The image was posted on Reddit by someone who said his friend in British Columbia did this to himself while building his own patio, and I saw it via TYWKIWDBI. Must have hurt like a motherfucker. What’s extra impressive about this is that the dude paused to have a photo taken instead of running into the street screaming like a crazy man.

I’m having a hard time imagining how the dude did this to himself. That prompted all sorts of speculation on the Reddit site, along with some high-larious comments. Here’s a sampling of my favorites:

“Well you’ve got to hand it to him for keeping it together.”

“That might have hurt going in, but his balls are gonna fall off when they take it back out.”

“Your friend really doesn’t know what he’s doing. Human remains are not suitable support structures. My gazeebo made out of hooker pelvises has fallen down at least 7 fucking times. Sure it’s Kansas and it gets a little windy, but you’d think those years of abuse would provide some rigidity, but I digress.”

“Cause they buildin’ gazeebos out of everybody up in here.”

“Stop fucking with it and it will stay erect.”

“hide yo hookers, hide yo wives”

“Do you hide them together or separately?”

“I can’t tell them apart, so how am I supposed to?”

“The hookers are the ones that have sex with you”

“when it isn’t your birthday”

“Wives are supposed to have sex with you on your birthday?”

At least the dude didn’t take a nail in the forehead. Like the guy in this next clip from No Country For Old Men, which talk of nail guns made me remember. Actually, I’m not sure this man really took a nail in the forehead. Watching the movie, I never was sure what this compressed-air thingy shot out. Maybe it was just air. Anyway, I’m too lazy to go back to Cormac McCarthy‘s book and remind myself. 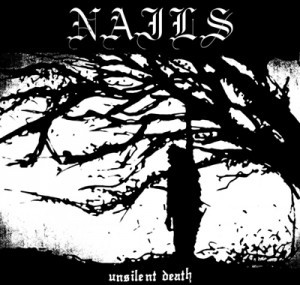 Okay, this column isn’t supposed to be about music, but since I’m on the subject of nails, I just can’t resist adding this. Fucking killer band playing a fucking killer song.

I doubt I could improve on this come-on by Sergeant D: “If bands like Carnage, Entombed, Gehenna, and Integrity give you a nerd-boner, Orange County’s own NAILS will make you blow your load faster than Michael Jackson at a Build-A-Bear store.” Enjoy: